Share Tweet
This is the area which concentrates the greatest economic, political, administrative and cultural activity in the country. It includes the regions of Valparaíso, Libertador Gral. Bernado O´Higgins, Maule, Metropolitan and Bío Bío, with important cities and attractions.

Undoubtedly, Santiago, as the capital of the country, is one of the main destinations in this corridor. It represents the commercial, financing, administrative and cultural center, in addition to being a modern metropolis with countless attractions. The valleys surrounding the city lodge the most famous Chilean wineries and its proximity to the Andes also gives this city a privileged location near the best ski resorts, such as Portillo, Valle Nevado, La Parva and Farellones.

Another pearl in this corridor is Valparaíso, whose natural, architectural and cultural beauty has earned the recognition by Unesco, which has declared it World Heritage.

Viña del Mar, considered Chile´s tourist capital, is the seat for the International Song Festival. It also features excellent beaches and a valuable architectural heritage. Its first-class hotel and gastronomic proposal accompanies the booming tourist development of the city.

Very close to Viña del Mar, the bathing resort known as Concón is the destination to get to know the best Chilean gastronomy, which represents local flavors and guarantees the most demanding international and signature cuisine.

The quiet and picturesque coast of Papudo is ideal to enjoy the sea with the family. As well as the beautiful beaches where nautical sports and diving are practiced, the bay features interesting sea wildlife diversity.

Los Ángeles, as capital of the Bío Bío Region, stands in a valley close to the Nahuelbuta and El Laja National Parks, and the magnificent Del Laja Falls. Furthermore, its history has provided significant evidence of the Mapuche and Hispanic cultures, which may be appreciated at its museum.

Southwards, the area of Concepción presents important memories of its mining past, such as the Chiflón del Diablo mine in Lota, amidst other commercial and tourist spots.

A little closer to the mountain range stands Chillán, the cradle of Liberator O´Higgins. In addition to some urban and historical attractions, it features a ski resort famous for containing the longest trail in South America and hot springs facilities of international standard.

Along with the continental cities, we include one of the wonders of insular Chile, which belongs to the region of Valparaíso: Easter Island, with all its cultural and anthropological richness. 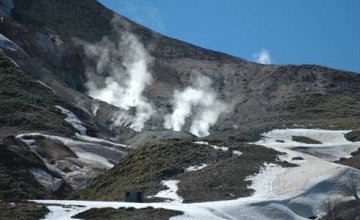 Ascent of the Chillán Volcano

On horseback, on foot or else on the chairlifts leading to the volcano, reaching the fumaroles is something visitors cannot miss. 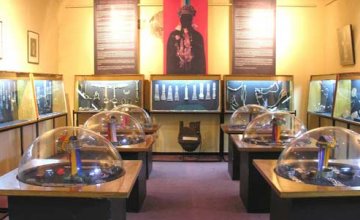 All that Glitters is Silver

In 1989, Los Angeles turned 250 years old and, as a tribute, the municipal authorities recycled its old building to transform it into the first cultural center in the city. 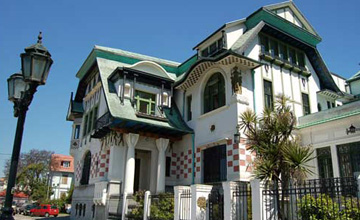 "I declare my love for you, Valparaíso"

A stroll connects visitors with history and the most beautiful sights in the city. We toured around the historical shell, declared World Heritage.