Biking in and around Pucón

It only takes a couple of hours to go on an interesting ride and discover natural sights only reached by bike. 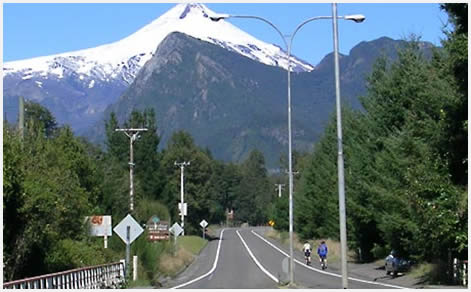 If you have chosen to spend a few days in Pucón, riding a bike is a good way of reaching lovely places near the city center. Having trained is not necessary.
We thought renting a mountain bike would be a great way to see La Poza and visit the pier. The large number of moored leisure craft clearly indicated the popularity of nautical activities. We continued to Playa Grande and the peninsula, impressed by the size of the hills by the northern coast of Lake Villarrica.

We rode along Ansorena Street to the monastery and had a great view of the city from the panoramic vantage point where we stopped for a while before continuing our tour. 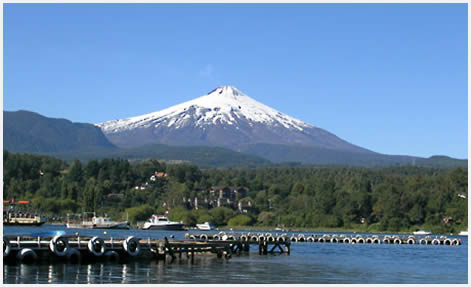 Still feeling strong, we decided to go along the road to the airport and Lake Caburgua. After about 3 kilometers on the paved route, we turned left into a gravel road until we reached the bridge over the Trancura River.

We were pleasantly surprised by a country trail across green pastures and next to hills with a scent of grass.

A long hanging bridge gave us a view of the Trancura rapids in a slightly more arid area. We then followed the river along a winding path and when we reached an appealing spot in a thick forest, we made a stop. We discussed going on to Ojos del Caburgua to see the water pools in the thick forest but decided to leave it for another day when we had rested and could set off early.

While having the afternoon snack we had packed in our rucksacks, we agreed the effort had been worthwhile. It is a great idea to bike in Pucón and its fantastic surroundings.

Whatever the season, it is advisable to take sunscreen, water and comfortable clothes. Some food for an impromptu picnic is also a good idea.