From Osorno to Puyehue by Motorbike

In order to have a successful outing, it is advisable to sketch the trip out beforehand and later decide, on the go, which the best options are. 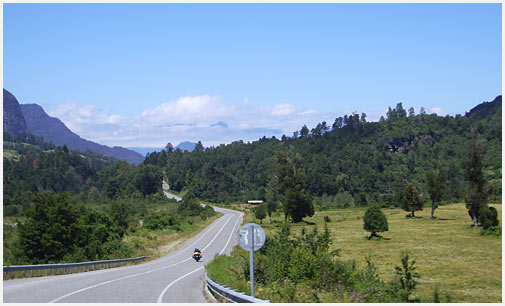 Motorbike tourism has become a spectacular way of fusing three components which enhance each other: nature, the thrill of biking and sharing it with partners who love this activity.

Osorno was the starting point of our expedition on off-road, 600cc motorcycles with the strength of a classic motocross and the smooth riding of the best cruisers. We stayed in this typical city where we got great advice from the professionals at Moto Aventura Center who also provided the bikes. Aware of the adrenaline rush we would experience, we left nothing to chance on this outing which would take us three days to complete.

Early in the morning we rode around the city and to nearby viewpoints along paved slopes to become acquainted with the bikes. We discovered Plaza de Armas, Saint Mathew Cathedral and Rahue viewpoint, took photographs and got a feel of the bikes reaction, the noise of its engine, the best riding position and decided to begin our longer outing the next day.

We set off towards Entre Lagos very early the following morning. We drove by farms and country houses delighting in the bright green vegetation and made a stop to visit the Moncopulli Auto Museum, where collection car fans can find antiques and valuable Studebakers. 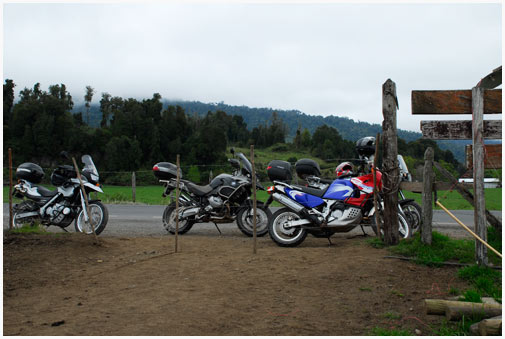 We gradually took in the mountainous landscape which somehow affected our bodies until we seemed to be cutting the air and nature itself in two and speeding down the middle.

Leaving Lake Puyehue the mountain vegetation became denser and denser and we stopped several times to admire the traces of German colonization in the beginning of the twentieth century.

We reached the amazing Caulle Range ecological reserve on the slope of the Puyehue Volcano. We parked our bikes and went for a walk along the paths among the lush Valdivian rainforest. After a delicious barbecue we went for a ride on horseback; a short gallop across a meadow led us to the Gol Gol River, its freezing cold water and incredible falls, typical of the Andes Mountain Range.

At a high vantage point we took photos of the spectacular view as we listened to the interesting comments of our guide. We galloped all the way back, exhausted but thrilled with the experience. We spent the night in Puyehue, a mountain town offering good service and well known hot springs which provided a much needed rest before having a good nights sleep in preparation for the final stage of our ride. 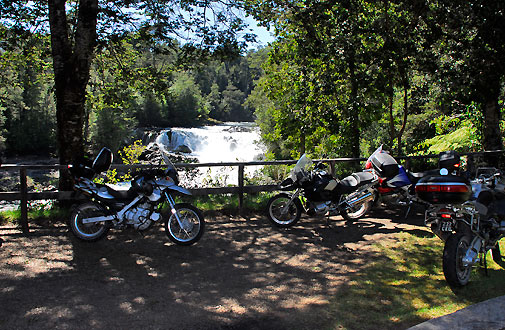 The last day proved to be the most adventurous as we rode up the gravel, volcanic sand slopes of the Puyehue Volcano and carefully crossed streams in an extremely narrow road. Antillanca is a popular ski center which also provides activities in the summer, so we went up to the crater from where we could also see Osorno and Puntiagudo Volcanoes in Chile and Mount Tronador. Although we took our time, we were aware that we had to be back before dark to avoid danger.

Tired but proud of ourselves, we had a drink at the hotel to celebrate our wonderful experience and made a special toast to the camaraderie of the group. 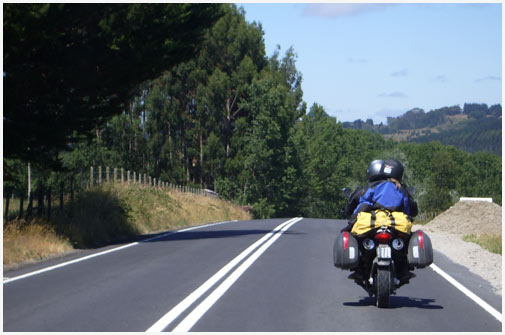 It is really important to respect traffic regulations. Police traffic control is very strict in order to avoid accidents.