Share Tweet
From the Earth to the sky, the beauty of this corridor is expressed at each destination. Chañaral, Copiapó, Coquimbo, El Salvador, La Serena, Ovalle, Vallenar, Vicuña and Easter Island make up the picturesque Near North. The desert opens way for the green valleys up to the beautiful large beaches by the sea. These sceneries are accompanied by privilege weather during most of the year, which not only are enjoyed at the various bathing resorts but also permit the development of significant astronomical activities.

It includes the regions of Atacama (III) and Coquimbo (IV). To the North of Chañaral lies the Pan de Azúcar National Park, which shelters a singular Humboldt penguin colony. El Salvador copper mine, where gold and silver are also exploited, operates to the East of such district.

Two other protected areas lie within the Atacama Region: the Nevado de Tres Cruces National Park and the Llanos de Challe Park. And almost on the border of the IV Region, the Ojos del Salado snow-capped mountain -6,893 meters high- represents the highest mount in Chile and the highest active volcano in the world.

La Serena is the pearl of the beaches bathed by the Pacific, along with others such as Bahía Inglesa, Los Vilos and Pichidangui.

Elqui Valley treasures magical places, like the Pisco Elqui settlement, where the famous Chilean brandy is made, and Vicuña, cradle of poet Gabriela Mistral, Nobel Literature Prize in 1945.
Visitors remain astonished as they behold the clearest skies in the South America. The prestigious astronomical observatories of La Campana, La Silla, Comunal Cerro Mamalluca, El Tololo, Cerro Morado and the European Southern Observatory are located in this area.

The good infrastructure, services and mass media provided by the main urban centers invite visitors to see the fascinating attractions of this Chilean corridor. 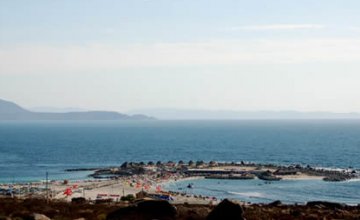 Beaches All Year Round

The coastline of Coquimbo is unique due to its long and soft sandy beaches, sunny climate and warm waters. Here we present the main beach resorts. 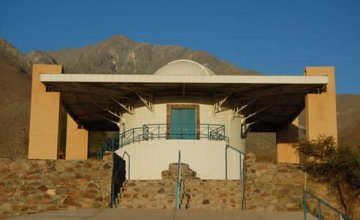 A Look into the Universe

An excursion that made us feel how small and fragile we are in the infinite cosmos. We visited the Cerro Mamalluca Astronomical Observatory and made contact with the Southern... 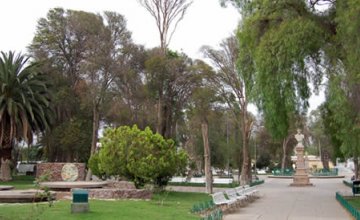 We walked along the streets of Vicuña to see the sights. A tour around the town that witnessed the birth of famous poet Gabriela Mistral.