After crossing the Bío Bío River and following the Road of the Conquerors towards the South, the cities of Coronel, Lota and Chivilingo are reached. Afterwards, the quiet beaches and the forests of Arauco. 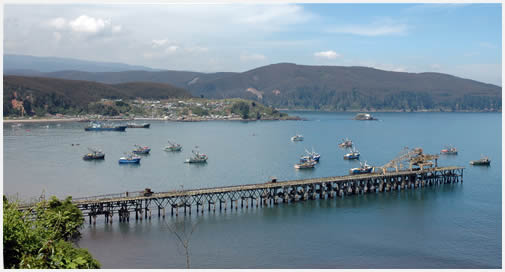 After crossing the impressive bridge joining the City of Concepción with the community of San Pedro de La Paz, we drove southwards with the Nahuelbuta Mountain Range in the background.

After 30 kilometers, we reached the City of Coronel, which developed from the coal deposits located there.

This happened in 1847, and two years later the city was officially founded. But it was not until 1875 that the increase in the population, the perfect layout of its streets and the existence of basic institutions provided enough grounds to call it a city.

Today it is a fishing, forest and industrial city with a population reaching about 100 thousand inhabitants.

Playa Blanca (White Beach) is one of the most visited bathing resorts by the dwellers of Coronel and Concepción, due to its fine white sands, after which this spot is named. Santa María Island, which may be accessed by boat, is another great attraction in this beautiful port city. 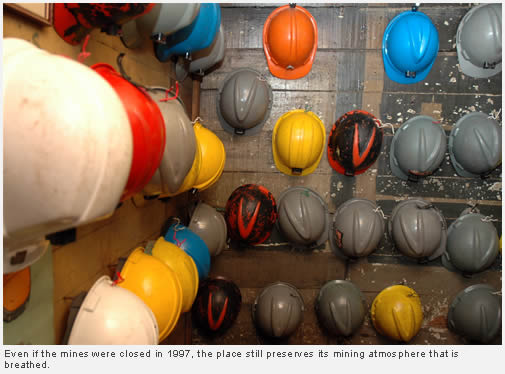 From Coal to Mines Tourism

Following the same road, the community of Lota is reached. This small town was founded in 1662, but it was not until 1875 that it gathered all the conditions to be officially legalized as a city.

Its origins were tightly bound to the exploitation of various coal deposits and to the Cousiño family, who managed to bring it to life and turn it into one of the most important economic poles in the region.

Even if the mines were closed in 1997, the place still preserves its mining atmosphere that is breathed both in Upper Lota, where the Chiflón del Diablo mine is being exploited as a tourist attraction, and in Lower Lota, where the social and fishing life of the community takes place.

Walking down its streets, visiting its church, or else, entering some of its historical buildings enable visitors get deep into its history, which has begun to be read in order to summon visitors from various points in the globe. 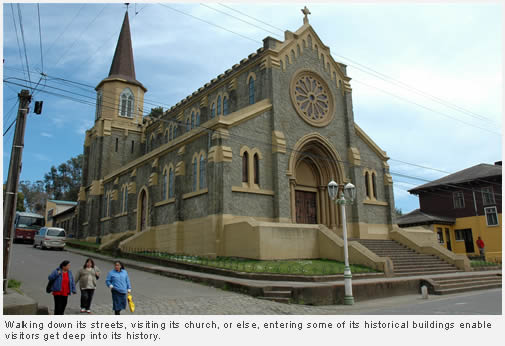 Arauco, Between the Forest and the Sea

The community of Arauco lies 70 kilometers South of Concepción and is the final destination of this beautiful sea tour.

Founded by Pedro de Valdivia in 1552, the city was destroyed in several opportunities until it was resolved that it should be moved to the foot of famous Mount Colo-Colo, the site it occupies at present.

In 1886, the city welcomed a significant migratory inflow, made up mainly by Basque-French immigrants who impregnated the place with their customs and experience in a very short time.

Its vast white beaches, along with the oxygenating presence of its majestic native forests, give this city the kind of beauty that makes visitors wish to stay longer in order to tour around its various attractions.

The white sands of Llico Beach are visited by most locals in the summer. Besides taking excellent baths, it is possible to taste fresh seafood and fish that include corvinas, congers, machas and locos, the latter capable of reaching significant sizes.

The Punta Lavapié Lighthouse is another site of matchless beauty. A must visit in nights of full moon. This spot also offers the possibility of enjoying seafood at the various restaurants located in the waterfront promenade. 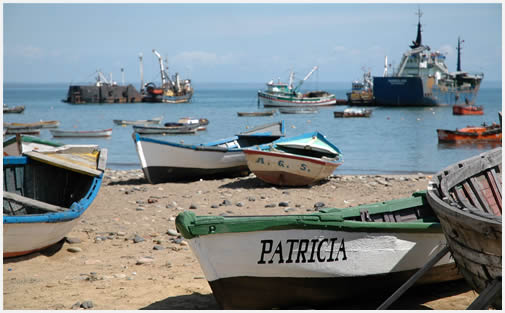 A mandatory place to visit is the Chiflón del Diablo Mine, located in Lota. A group of former miners is in charge of showing tourists what life used to be like when they searched for coal underground. A must visit.