Where the Wind Whistles

A former coal mine has turned into a regional tourist attraction in the last few years. Visitors may become miners and go deep down into the core of the Earth. 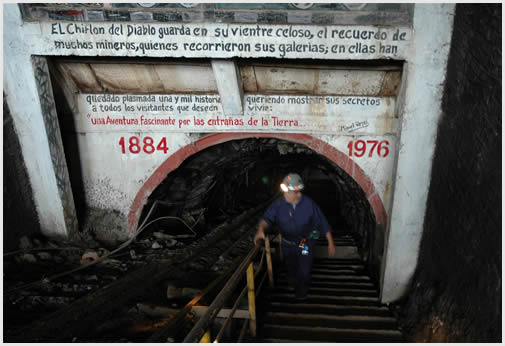 "Chiflón del Diablo" was the name given by the miners that worked there for decades until the exploitation of coal was no longer profitable. Today, Chile imports its coal.

This is the only naturally ventilated mine in the world. That is the reason for its name: chiflón means draught of air. It may be appreciated at first sight as we get close to the main hole, which represents the entrance.

Chiflón 1 and Chiflón 2 are the names on the signs, which also feature some phrases and codes typical of those who have had their second home and a large family underground.


Coal under the Sea

The mine gets deep under the Pacific Ocean across approximately 1,200 meters which are toured in 30 minutes or 2 hours, according to the circuit chosen by the guide in order to show visitors this world unknown so far. 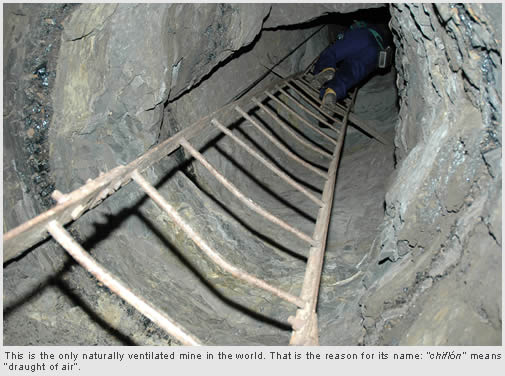 The former miners, who have worked as tour guides ever since the mine was closed, escort tourists and tell them all about anecdotes, customs, dreams, myths, legends and jokes, and they even invite everybody to turn their torches off and listen to the great protagonist of this story: the wind.

In addition to being unique for not needing oxygen inside, this mine is a clear example of the mines built with pillars, very typical of the XIXth century, which may be appreciated in a tour called Juan Fariña.

When it was definitely closed, in 1997, 3,000 miners used to work there. They still keep their hope that the mine in Lota will operate again one day. 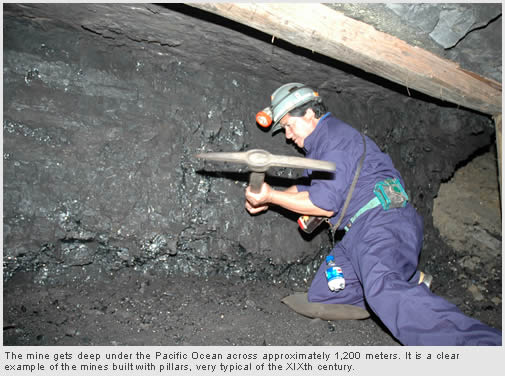 Rumor has it that there is so much coal down there that a bridge joining Lota directly with the City of Santiago might be built. A total distance of almost 600 kilometers.

And even though for many people it might turn out to be exaggerated, those who have been down there assert that it might also be a two-way bridge. Believe it or not, there is much truth hidden underground. 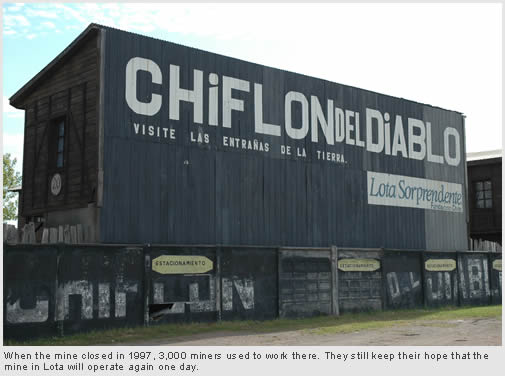 Those who resolve not to enter the mine may enjoy the small XIXth century mining town, located to one side of the Chiflón. Today, actors dramatize the lifestyle of those days in the typical streets and rooms where the miners used to live for visitors to enjoy that incredible past, as if it was a film.