Huío Huío was the way the primitive peoples from this region would pronounce it. In the Mapuche tongue, this name means water murmur. It was a natural boundary impossible to be avoided. Today, it rests in peace. 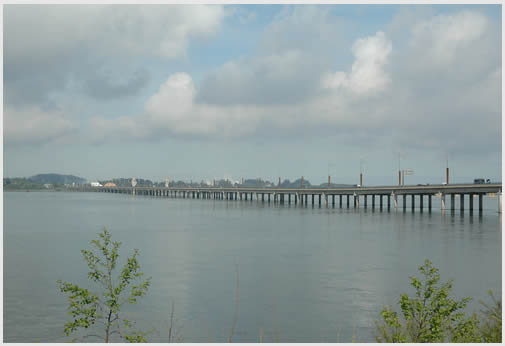 This river, after which this beautiful region is named, is one of the natural borders of the City of Concepción.

A picturesque waterfront promenade invites visitors to border the river for a few kilometers. This large urban park, which lies parallel to the river, shelters some sculptures made by important national artists such as Manuel Fuentes, Otto Schade, Fernando Undurraga, Matías Pinto and Juan Díaz.

Both of them join the cities of Concepción and Talcahuano with the Communities of San Pedro, La Paz, Coronel, Lota and the Province of Arauco, one of the most beautiful in the country. 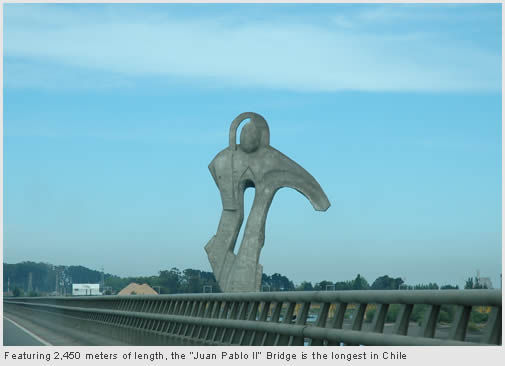 A Tour across its History

The Bío Bío is not just another river. It is the most important and significant river in Chile. Various battles have been fought for it and in it by Mapuches, colonists and the National Army.

In front of the City of Talcahuano, the liberating army would occupy their positions whereas the Spanish forces, loyal to the King of Spain, were entrenched in the port.

It was there, on the other side of the Bío Bío, that liberator Bernardo O´Higgins signed Chiles Declaration of Independence, which was later proclaimed at the plaza de armas in the City of Concepción. 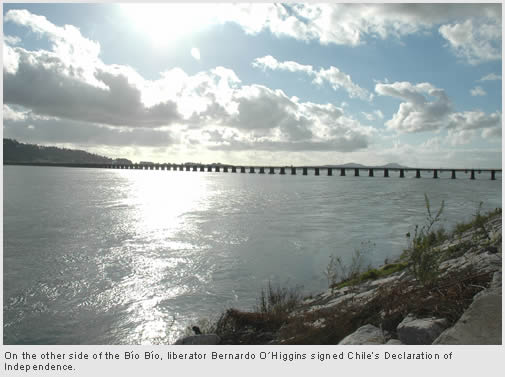 Years before, the Bío Bío River was the natural border for disputes between Mapuches and colonists for the possession of the region.

According to history, the low areas of the river were watched and wanted by both sides, as the plentiful wide river featured only a few passes to cross it.

Concepción was a site for endless disputes as, in addition to representing an exit into the Chilean sea, it was one of the few spots where, due to the accumulation of sediments, the river could be crossed at several points. 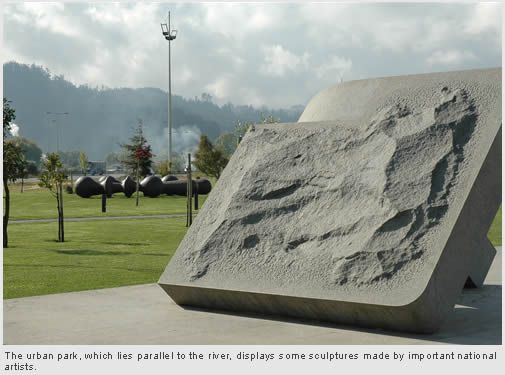 At the Concepción waterfront, visitors may take photographs of one of the broadest and most beautiful spots in this plentiful historical river. Just like what its name means, they only need to make silence in order to listen to the ancient waters murmur.