The southern corridor of Chile contains the most relevant destinations in Chilean Patagonia, which geographically belong to the regions of Aisén and Magallanes.

In this southern end, the wild beauty of the landscape amazes visitors in several ways, and a varied infrastructure and multiple sceneries let them enjoy adventure activities in close contact with nature.

Close to Coyhaique and Puerto Aysén, the Laguna San Rafael National Park shelters the northernmost continental ice fields. These sceneries are completed by beautiful Lake General Carrera, the largest in South America, along with the picturesque settlements around it, whose dwellers provide polite assistance to visitors to Caleta Tortel or Villa O´Higgins.

Likewise, Queulat National Park and the Puyuhuapi hot springs offer the possibility of beholding a prodigious unspoiled forest and enjoying the thermal waters from a paradisiacal nook.

To the South, Puerto Natales and the Torres del Paine National Park, another treasure of this southern corridor, are well protected by the Patagonian mountain range. At this point, tourists from all over the world are summoned by navigation tours around the Southern ice field glaciers, a visit to the Milodón Cave and hiking tours to the Natural Reserve.

On the Strait of Magellan, the modern city of Punta Arenas is a great window onto the joint of both oceans. The sceneries and the ecological diversity around this urban settlement are combined with the historical significance of this place. As well, the region includes the Pali Aike, Alberto De Agostini and Bernardo O´Higgins National Parks, and the Alacalufes Reserve.

Finally, the Beagle Channel, Navarino Island with its forests ideal for hiking, the spectacular glaciers and the navigation tour to Cape Horn turn Tierra del Fuego into a destination much appreciated by travelers in the end of the world. 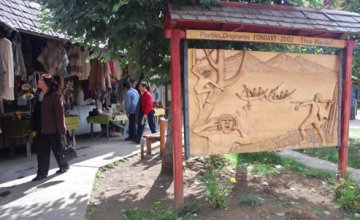 Like in every big city in southern Chile, the handicrafts market is highly appreciated for the creations, styles and materials the craftsmen offer for sale. La Junta, a Town with Its Own Identity

A town of agricultural and cattle farming origins shows off its growth and the daily life of its centric streets without losing its typical simplicity. Expert on Asado at Lago...

We shared the ceremony of preparing lamb on an open fire next to an authentic countryside man who imparted his knowledge as we waited by the fire.