With its mausoleums and its lawn, the Punta Arenas cemetery is one of the most visited places by those who wish to learn about the history of the city. 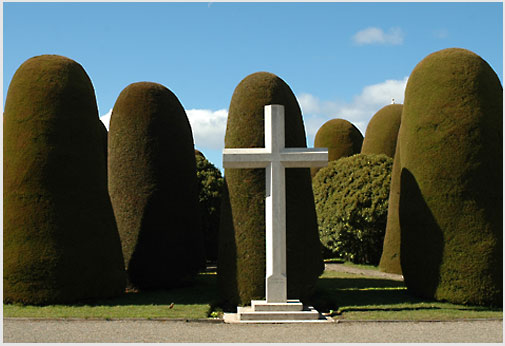 It is said that in order to really get to know a city, visitors should tour around the surroundings of its main square, enter its churches and temples and visit its cemetery. The Punta Arenas cemetery lies at the entrance of the city and, in addition to having a singular architectural value, it keeps the remains of pioneers and of the main families that gave origin to the entire population of the region.

Integrated to the urban heritage, this cemetery was founded in 1894 and it replaced the previous one, which was located where José de los Santos Mardones Square stands today.

On a piece of land granted by the government, engineer Fortunato Circutti built the magnificent portico and the perimeter walls donated by doña Sara Braun in 1919. This is the reason why it has been named after her. 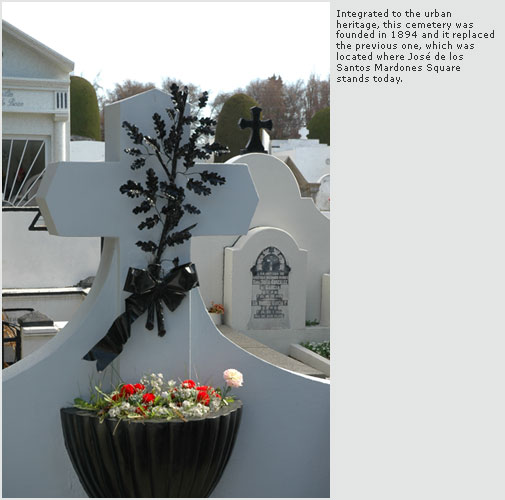 According to the settlers, when the citys benefactor donated the portico, she expressed her wish to be the only one to cross such entrance, which would later be sealed. Whether true or not, when she died, Sara Braun's remains entered the cemetery through the main gate that leads into the chapel, which is the central body of the portico. That gate has not been used ever since and, due to the effects of the passing of time, the corrosion of the iron works ended up turning it useless. Maybe it was the last wish granted to noble Mrs. Braun by her southern lands.


Silence in the Park

The façade was decorated by artist Pascual Borich, who sculpted the crowns and other decoration details. 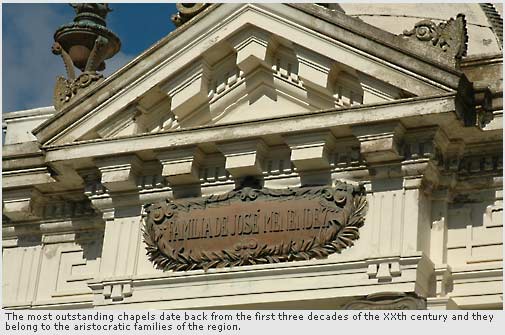 Its jealously kept park invites visitors to meditation. European cypresses grow on the avenues giving the area an English touch, with open quiet spaces. The mausolea ornamented with various styles and marble and brass terminations and sculptures of forged iron rise in the inner streets.

The most outstanding chapels date back from the first three decades of the XXth century and they belong to the aristocratic families of the region. There rest in peace the remains of the Menéndez-Behetys, the Braun Hamburgers, the Blanchards, the Kusanovics, the Menéndez-Montes and Sara Braun.

Various institutions have also raised their buildings, such as the mutualist societies, the foreign colonies and the Salesian order, whose chapel was designed in 1902 by father Juan Bernabé. 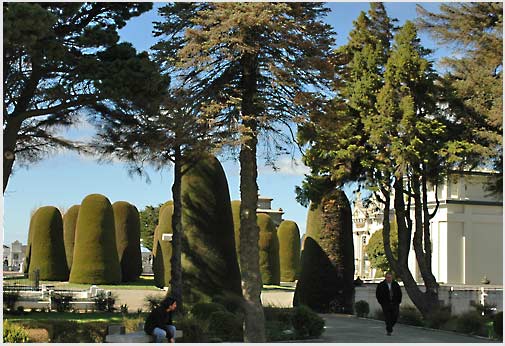 far from prejudice and superstition, the cemetery is a historical place very much visited by travelers. It is worth daring to enter and tour around it.