Kayaking the Fjords of Natales

Changing solid ground for floating in water without affecting the environment is fun, and thats exactly what kayaking is. 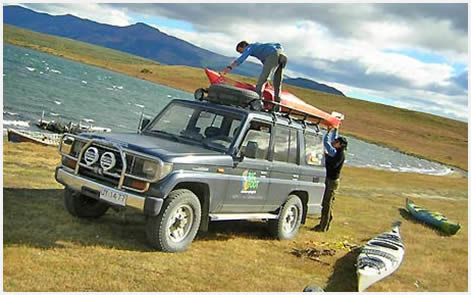 Sea kayaking is a shift in perspective from the usual way we move about to the peaceful gliding along, giving us time to relax and look within ourselves. A sporting activity that is becoming more and more popular in Puerto Natales.

Having contacted the tour operator for an outing on the fjords close to the city, we arranged to meet at his office. The truck, carrying the kayaks on a rack, headed north towards Puerto Prat the historical site where the first settlement was founded in the early 1900s. 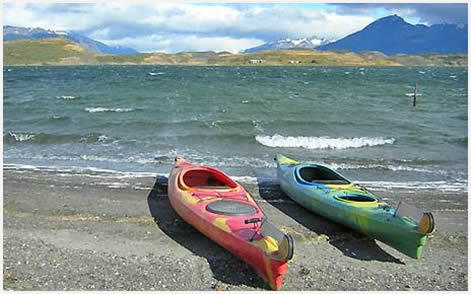 As soon as we arrived, our guides prepared the equipment and in no time the sea kayaks were floating in the water. Longer than river kayaks, they are designed for greater distances. We were given a talk to become acquainted with the boats inertia and using the paddle and the pedals to steer the rudder appropriately. We put on lifejackets, sat in the kayak and fitted the cockpit cover. We then adjusted the seat and made sure our backs and legs were in the right position to keep our balance and paddle steadily and safely.


Freezing Cold Water of the Pacific

Our adventure began on the Señoret Channel where we got used to handling the kayak and the size of the surroundings. We seemed minute compared to the coast and other larger vessels. We went by Eberhard fjord where we faced our first challenge: although the breeze was not strong, we had to double our effort to brave the waves. We were only sheltered from the wind when we reached a headland.

Mount Prat was now behind us and Última Esperanza Sound to our left. Puerto Consuelo and the estancia of the same name, to the north. We made a stop there, and thoroughly enjoyed a warm drink and sweet pastries. 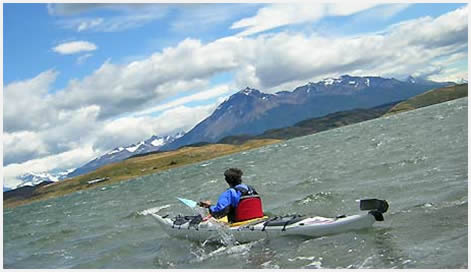 We continued paddling towards Villa Luisa home to Captain Eberhard and his family during the late 19th century. The gusts of wind became stronger so our guides wisely decided to turn our sterns to the wind and head back. We reached Puerto Prat an hour later and went on to Puerto Bories. It was an excellent choice and we really enjoyed the ride.

We saw several local species and watched some cormorants balancing on an old pier. A family of ducks and another of black necked swans seemed to be enjoying an aimless, leisurely swim. Paddling was becoming easier by the time we arrived in Puerto Bories, an old gateway for livestock products in times of thriving economy. We learnt about its history and a museum bearing witness to those grand years. 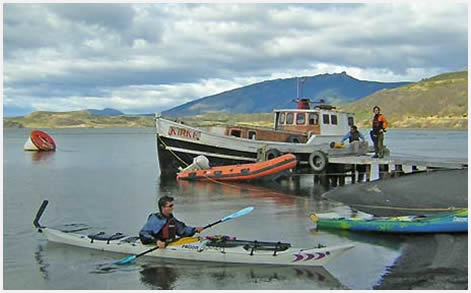 As we approached the coast, the waves became higher and stronger so we were taught to surf them and quickly reached the beach. Despite being tired, a wide smile on our faces showed how happy the adventure made us feel. We lay in the sun for a well deserved rest before heading back to Natales on this special day on a sea faring kayak.

A transfer from the agency will pick you up at your hotel.

To be arranged with the tour operator

Being physically fit and knowing how to swim is mandatory. Guides are responsible for the group so it is of the utmost importance to follow their instructions during the outing.

« Back to Outings in Puerto Natales y Torres del Paine