Pablo Fierro Museum and the Art of Dreaming

Once inside, enthusiast Pablo Fierro, the owner of the house, is willing to unveil a world of memories from the local colonial past. 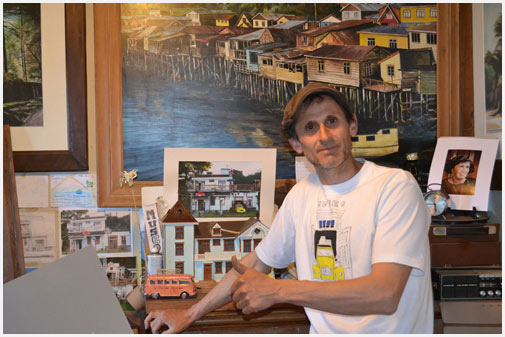 We found Pablo Fierro Museum on the Puerto Varas waterfront of Lake Llanquihue. His owner is a well-known plastic artist famous for having gathered countless elements from a period that is already gone but has left a significant emotional baggage.

Pablo led us on a tour around the first and second floors and told us about the organization and inauguration of the museum. With much effort, he collected daily elements used during the colonization period in the area ever since the first immigrants arrived. His passion did the rest.

"Each of the items on display has a history and marks the changes that took place when the German culture mingled with the rich Chilota customs" he explained. That reflection was evident in many of his paintings featuring different techniques and showing the architecture of the big residences of the time. 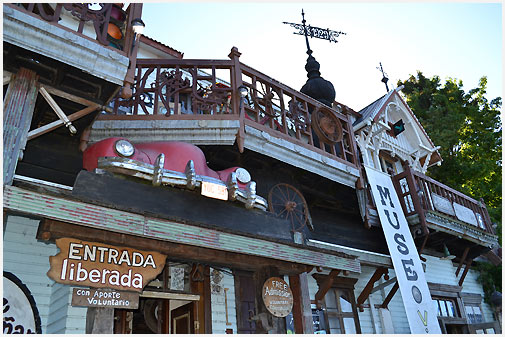 When he invited us, we did not hesitate to pick up every piece and examine it, as everything in the museum may be touched. We found they bore a resemblance to the objects we had once seen at our grandparents or family house.

Fierro's paintings are shown next to an old mailbox, home utensils, as well as old magazines and newspapers whose paper had turned yellow. Walls and corners are completely upholstered by items on display.

A special feature about this venue is the presence of its creator, sharing his passionate accounts and turning the visit into a moment of friendship and longing. 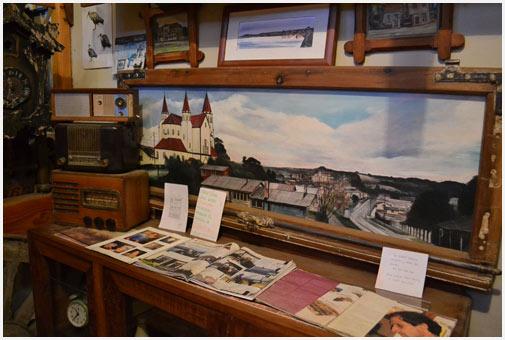 The house itself is to be appreciated. It boasts a pretty wooden staircase that leads to the top floor and a balcony that occupies the entire front of the building. While standing there, we caught a whole glimpse of Lake Llanquihue and the Osorno Volcano.

Putting up this historical space was a personal dream for Pablo Fierro, which came true when he opened up the doors of this house that remained in spite of the passing of time and shared it with us.