The history of ancient architecture that dwells with denizens used to paying tribute to their German origins is seen on every sidewalk. 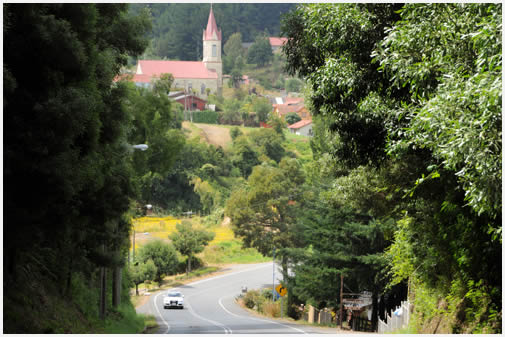 Puerto Octay may not welcome the same number of tourists as the adjoining districts resting on the shores of Lake Llanquihue. Nevertheless, it is becoming more and more famous for its beautiful natural scenes, its origins and its water and outdoor activities.

We arrived from Frutillar, following a strong slope into Octay. The first sight we caught was its splendid parish church and its red roof and dome. Farther ahead, we were welcomed by its main square, heart of the commercial and public activities in the district. There is an odeon in its center, where various musical performances are presented.

The great deal of very neat ancient houses caught our eye. They all boasted sign posts reading the surname of their first occupants and their traits. Life histories that managed to thrill us and which we later shared with some of the denizens. 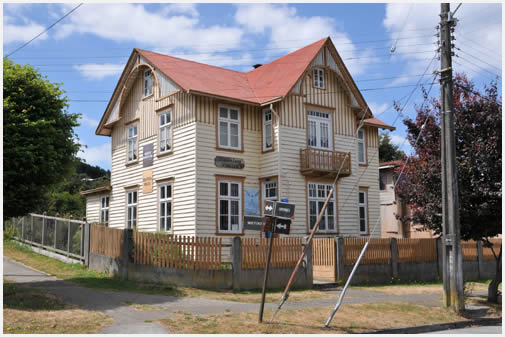 The prevailing architecture is framed within styles coming from the land of its first settlers, who raised these houses in the early twentieth century. Built with oak and laurel wood from the area, they were large in size. At present, those houses have private owners, or else, they have been turned into stores or venues. For instance, old Hotel Haase still operates and has been declared architectural monument. It was also interesting to see Wulf and Niklitschek Houses.

As we visited El Colono Museum, we finally grasped the true tradition of Octay. The collections of objects, machines and photographic images give evidence of the agricultural and cattle-raising tasks, the trades and the advance of navigation developed by the first colonists. The tools used in family daily life and the countryside unveil both the low resources the immigrants had and how much they managed by using them.

Then we got to San Agustín's church, whose tower we spotted no sooner we had arrived. Featuring few ornaments and worthy simplicity, it dates back from 1908, when it was built entirely with wood. Its high columns join the ceiling and the floor. The side windows present pointed arches and drawings and a wide array of valuable carvings. 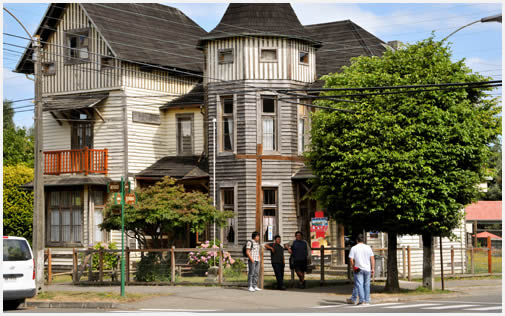 We left the downtown area behind in order to visit the shores of Lake Llanquihue, which offer several access points. The lake surface is vast and every bend on its coastline guarantees nautical activities in all their shapes, including angling. The Osorno Volcano escorts the ride from all angles and ends at beaches of fine sand known as Maitén and La Baja, towards Centinela Peninsula, where the summer residences are located.

Puerto Octay is gradually joining tourist actions as a result of its scenes and excellent swim holes, framed by a pleasant town that will never forget its pioneers. The large forests of giant blue pine trees will stand there forever for visitors to enjoy them when they go across this town.

« Back to Outings in Puerto Octay