Surroundings not so far away

Walks along a coastline of such natural beauty are very appealing, offer a variety of activities by the sea and show the exit routes to other towns and cities, as well. 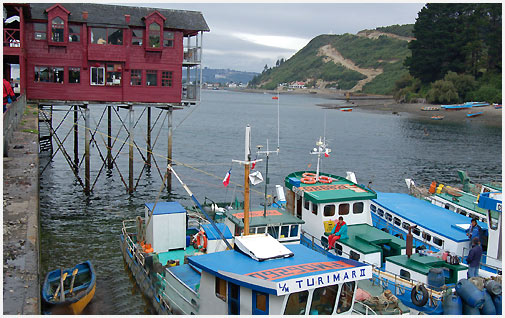 Once we arrived at the coast of Puerto Montt, we were overwhelmed by the sea, which visitors can enjoy by a motorboat cruise or simply by car.

We decided to visit some of the islands scattered across this maritime road and we headed to the Tenglo Channel for a motorboat ride. This tour made us get to know the island bearing the same name and other islands such as Huar, Maillén, Puerto Pesquero and De los Curas, among others. The motorboats drivers give information about the wide range of activities offered on every destination.

Another option is to go further and reach fishing and farming towns on small boats that depart from Angelmó. Among fjords and incredible lakes, the town of Cochamó can be reached after a six-hour motorboat trip. Even though boats take visitors back, passengers may return by land going past Ralún, Ensenada, Puerto Varas and Puerto Montt.

We chose one of the most outstanding tours by car along the coastline of the town known as Caleta Anahuac leaving the market behind. Two kilometers away, we found this particular fishing village located on the lowest point of a hill facing the channel.

Bordering the coastline, we arrived at Chinquihue, a town made up of shipyards, seafood farms, fishermens terminal and a large beach. Here a large number of restaurants offering visitors their typical dishes makes this area an amazing gastronomic venue.


Puerto Varas and Puerto Chico, on the shore of Lake Llanquihue, are popular tourist destinations accessible from Puerto Montt along an alternative road that avoids the National Route 5. Twenty kilometers ahead visitors can reach the Presidents Chair, which refers to Pedro Montt, who fostered the colonization and especially the promotion of the railroad. 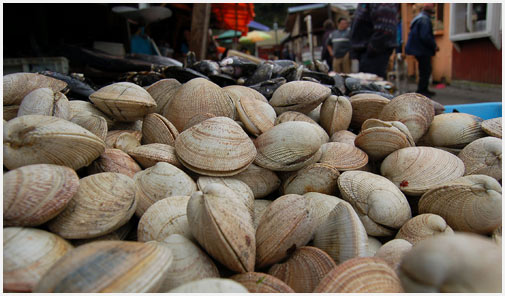 Lake Chapo is located 43 kilometers away towards northeast city along the road to Pelluco and Chamiza. Before crossing over the bridge, it is necessary to turn left and take a detour, which after driving 30 kilometers through the river valley and the Calbuco Volcano view, reaches a little rural community called Correntoso. From there tourists can visit a small lake full of beaches and surrounded by high mountains, where it is possible to practice sport fishing or sail across the Reloncavi Estuary.

From Correntoso an alternative route leads to the Chamiza River waterfall and the Alerce Andino National Park  whose name stands for Patagonian cypress in Spanish-, made up of fifty lagoons, including the Sargazo lagoon. The Valley of River Lenca nestled by a stunning dense lush forest is an outstanding natural spot. 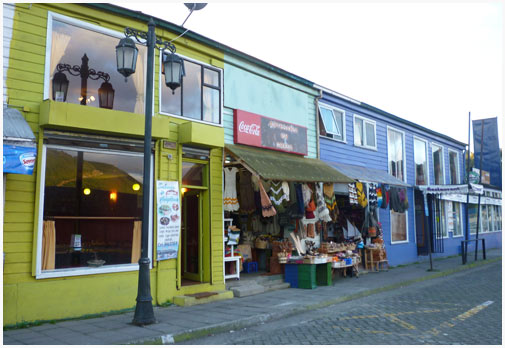 We also resolved to set out from Puerto Montt and take the coastline eastwards until Caleta La Arena to enjoy the maritime scenario and changing tides. At the low tide, workers picking seafood and some sea algae moving around the shore come up as well as some petrified Patagonian cypress trees buried in the sand can be perceived.

La Arena is the starting point of the Southern Road, a series of dazzling nooks in this Lake Region. Little towns like Pelluco, Coihuin, Quillaipe, Metri, Lenca, Chaica and the heart of Reloncavi feature colors, history and the incredible every daily life of towns whose economies are based on the sea and soil.

For sure, there are many more attractions in the surroundings of the city which will be explored in our future journeys. 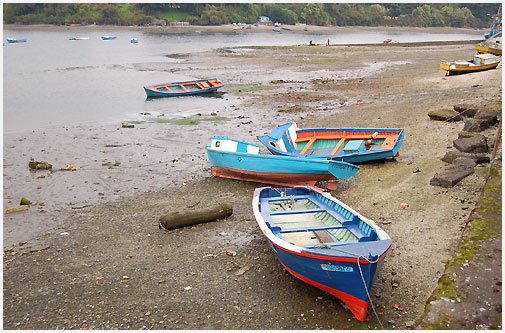 The Tourist Office of Puerto Montt offers travel, distance maps with information about facilities available along the road and the activities on every destination. Fishing, mountain hiking or walks are the most popular activities chosen by the visitors.