Share Tweet
The arid desolate lands of the desert along with the beaches, the sea, the mountain range heights and the fertile valleys represent a kind of captivating beauty in the geography of Northern Chile. The Far North is made up by the main tourist destinations in the regions of Tarapacá and Antofagasta, namely: Arica, Iquique, Calama, San Pedro de Atacama and Antofagasta.

Each of these places, as well as their surroundings, shows off its natural sceneries, its history and a rich culture that dates back to Pre-Columbian times.

The national parks and monuments of Lauca, Isluga and the Surire Salt Deposit shelter a wide biological diversity in this zone.

In addition to the valuable archeological heritage, such as the geoglyphs of Mount Pintado and the pucarás of Quitor and Lasana, this area dazzles visitors with the fantastic topography of the Valley of the Moon and the Atacama Desert, El Tatio geysers and the hot springs. A synthesis of the encounter between the pagan customs and the catholic practice is the Virgen del Carmen Festival in the village of Tirana, 72 kilometers to the East of Iquique.

The exploitation of guano and saltpeter in the past was superseded by a significant mining activity, with the copper mines of Chuquicamata (Calama), and commercial development represented by the ports and the tax-free area of Iquique.

The rhythm of the cities located on the sea littoral makes contrast with the quietness of the towns in the desert area, where adventure, cultural and urban activities may be enjoyed. Furthermore, they present a wide variety of accommodation proposals, infrastructure and services specially thought for travelers from all over the world. 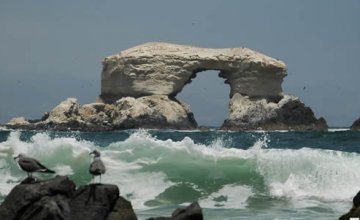 Sometimes nature shows us how small men are. La Portada is a site where this happens. If the photos are impressive, describing the feeling of being in front of this feature... 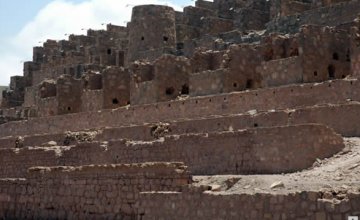 The Old Ladies in Town

The Ruins of Huanchaca are the most ancient constructions in Antofagasta. Located to the south of the city, their destroyed architecture lets us go on a journey across time... 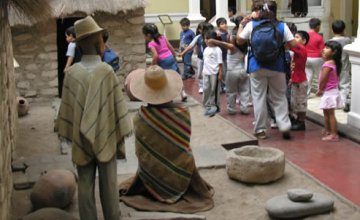 In the Background, the Saltpeter

The City of Iquique has a regional museum that enables visitors to get deep in the background of its history, where the sea, the desert and the salt are almost the same thing.