The past chose this place as one of the fundamental landmarks in the history of Northern Chile. The memories that make this glorious present possible as we know it are kept there. 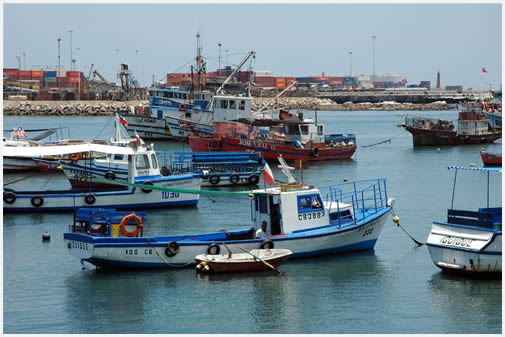 The historical neighborhood of Iquique and the port area with its roofed pier give shade to the group of tourists that wait eagerly for the tour to start everyday. They have already bought their ticket in some of the travel agencies selling this tour and they have already visited the Iquique Naval Museum. Standing next to the pier, this venue shelters everything related to the naval battles that took place in the famous War of the Pacific (1879-1880). Great battleships and corvettes crossed the seas, but this time, only a small barge will lead the passengers to the exact point where the Esmeralda Corvette sank down, where Arturo Pratt and his faithful men lost their lives. 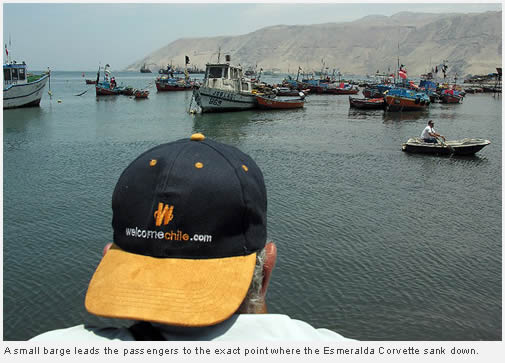 Far form the tragedy, the tour has turned into one of the most favorite amongst the Chilean people and tourists form all over the world who wish to see not only the tourist attractions but also the history and culture of Chile.

The small boat sailed for about fifteen minutes and we were already at the historical buoy that sets the spot where the corvette sank down. The craft stops there and legends and data follow one another pronounced by the guide. All questions answered, a kind of farewell is given and passengers return to solid ground. 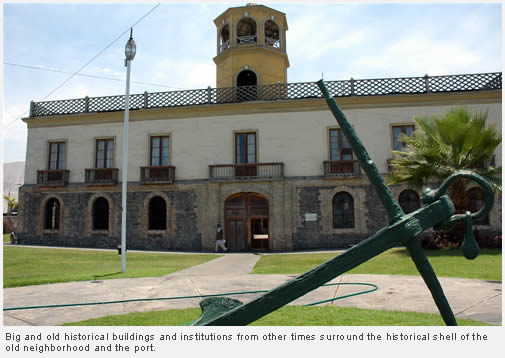 Once on solid ground, maybe our eyes begin to look at what they have not seen before. Big and old historical buildings and institutions from other times surround the historical shell of the old neighborhood and the port.

The pier is not original today. It used to be so back in 1901 when, built by architect Pascal Lefrenz, it became an avant-garde reference.

Amongst the old buildings, the most outstanding include the former Customs building, the historical fish and seafood market, the church cathedral and -higher up- the picturesque Baquedano Street and the main city square, whose name reminds visitors of one of the heroes of Iquique: the famous Arturo Pratt. 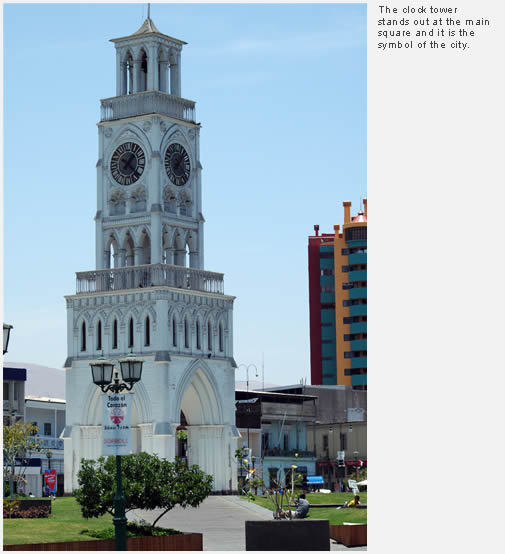 Its old clock tower, icon and symbol of the city, contributes to this beautiful square with the touch missing from the historical neighborhood of Iquique in order to seem ancient, thrown into oblivion. Old but wise historical neighborhood of cobbled streets, passions and confronted hearts which saw how part of the history of Chile was written in its waters and its corners. 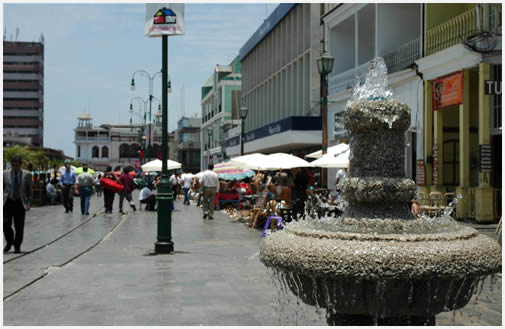 The tour to the buoy takes approximately 1 hour (roundtrip). There is no doubt it is a classic of Iquique and several travel agencies ticket offices located on the roofed pier sell the tour with daily outings at several times.