We visited the site where one of the most popular myths among the dwellers of Huapi Island is located: we went through the Witch Rock and let ourselves be carried away by destiny. 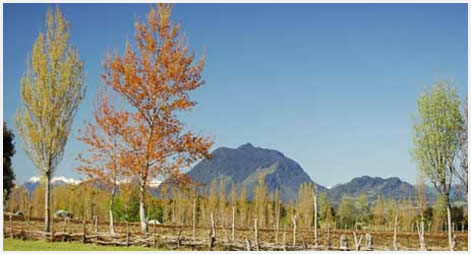 The pleasant conversation we were holding with Francisco Ñancumil  lonco of the Mapuche-Hulliche community dwelling on Huapi Island  was extending more than expected. And if we also considered the delicious typical dishes we were tasting, we already had the necessary excuse.

The chat revolved around the theme of the supernatural. Thus, we learnt about the existence of the Witch Rock, which lies on the island. It is a part of the rocky formation located on the western side of the island. According to the local legend, whoever passes through the two blocks that give shape to the Witch Rock will have a nice and long life. But whoever did not pass, would have a shorter life or something bad would happen to them soon. 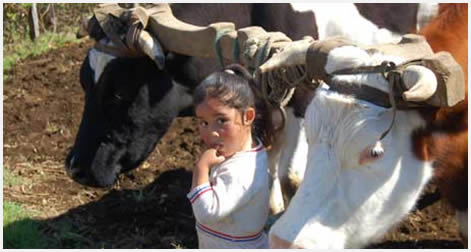 We did not hesitate to see that formation which was so famous on the island. Don Pancho and the women showed us the way. Our starting point was the school. Fortunately, the weather was getting better and better. Appreciating the contrasts of the scenery at Huapi Island is a magnificent experience.

As we crossed the field, we ran into other members of the community who were performing their daily tasks. Some of them were sowing, others ploughed the land and others were weaving or washing their clothes on the shores of Lake Ranco. On the island, native species such as laurel, willow, eucalyptus and even Coast Douglas-fir, which was introduced in the ecosystem, can be found.

The field we crossed featured low difficulty and, after 45 minutes, we reached the enigmatic Witch Rock. The truth is that this site was used by the mapuches on the island to hide supplies and as a shelter during the disputes generated between them and the Spanish conquerors. The legend goes that, once they were discovered, the mapuches hiding in this place lost their life and, apparently, their spirits were tied to the rock, granting it magical and religious properties. 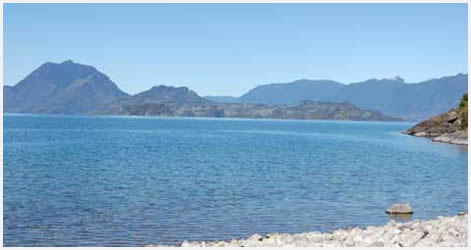 The area where the rock is located features a very particular landscape due to its position by the lake. A beautiful rocky beach bathed by the crystal-clear waters of Lake Ranco turns this place into an ideal spot for meditation, listening to the sounds of nature or just relaxing. From there, the Llifén shores may be appreciated along with the hundreds of islets emerging in various regions. The place is in excellent preservation conditions, as it is a very important element for the identity of islanders.

After getting our energies back and gathering some courage, we headed for the rock. We crossed the labyrynth of caves that was naturally created by the action of the wind and the water and we finally found the tiny crack across which we had to pass. 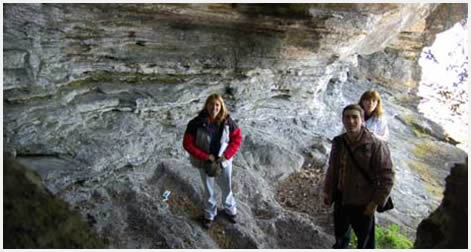 I should make it clear that this is not an easy task. The feeling of being trapped between the large walls is very hard to describe, especially if we consider the mythological connotation of the site. This is definitely not suitable for claustrophobic visitors.
We took a deep breath and kept calm and concentrated. We asked for permission from the Witch Rock and paid a small tribute to it in order to pass. 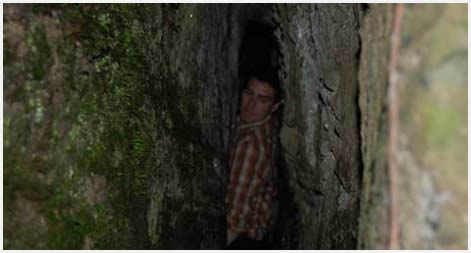 Those who go across the crack must adopt the correct position. They should not be tense as this may jeopardize the adventure. They must move slowly and carefully. A feeling of peace and joy invaded our bodies as we succedeed in crossing the Witch Rock. And whoever believes the legend can be sure that they will have a long life to live.
If you visit Huapi Island, we recommend that you visit this mythological spot known as the Witch Rock.

leaving from Futrono, visitors must take the municipal barge which departs from the harbor on Mondays, Wednesdays and Fridays at 9am towards the Huapi Island.

Mapuche handicrafts, regional jams and typical dishes and drinks may be purchased on Huapi Island.