With the German Stamp

Even if Contulmo stands for "stopover place in the Mapuche tongue, the primitive roots of these people may be found together with the German immigration in this small town. 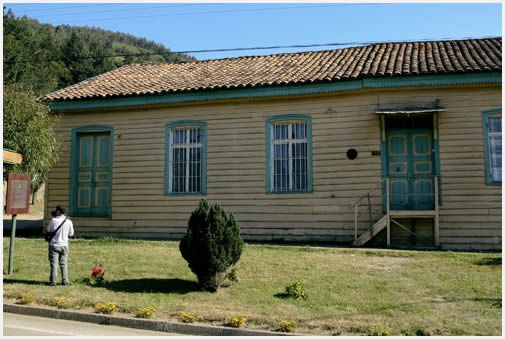 Just 172 kilometers away from Concepción, between Lakes Lanalhue and Lleu Lleu, there lies Contulmo, a small town immersed in the middle of the Nahuelbuta Mountain Range. Even if it was founded as a fort in 1868 by Cornelio Saavedra, the German colonization organized by the government in 1884 set the identity of this district and this is evidenced at the moment of walking along its silent streets.

A line of 12 palm trees surprises visitors right opposite the Plaza de Armas on Millaray Street. They provide shade to the Kortwick house, the most ancient in the district, which was built by Pablo Kortwick between 1887 and 1889. 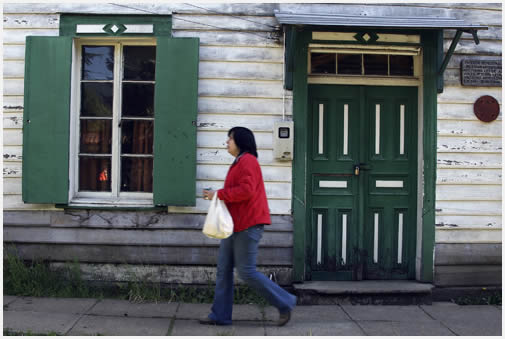 This colonist planted one palm tree for each child he had and he opened a restaurant next to his home, which still today is managed by one of his successors and which stands out for its homemade dishes. In a cozy environment teeming with history, customers may taste Pil Pil mushrooms, seafood delicacies or pork with apple sauce and chukrut, among other singular specialties.

Also following along Millaray Street, visitors may observe the constructions raised by other German immigrants. For instance, Pfaff House, Vyhmeister House and Hotel Central or Geister House, where the distinguished poet Pablo Neruda once stayed. Afterwards, visitors may go up to Santa Elena Park, a venue occupying 6 hectares donated by Kortwick where a thick native tree grove made up by hualles, copihues, tigues, boldos and murtillas grows up. 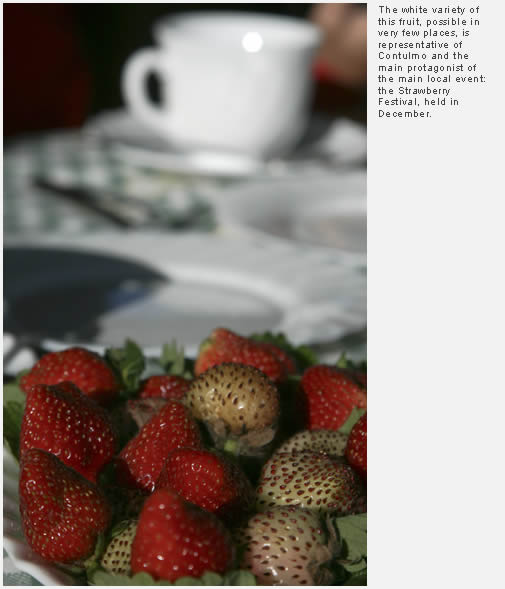 Through the trails, visitors may reach the CONAF -which stands for Corporación Nacional Forestal (National Forest Corporation) forest reserve and the famous La Huiña and Contulmo tunnels.
Another emblematic spot is Grollmus Mill, at Contulmo Port. Through a system of turbines, this almost centennial mill has made the grounding of wheat and apple and the operation of a sawmill possible

The mild weather generated by the Nahuelbuta Mountain Range environment has encouraged horticultural and fruit-growing activities, especially the growing of strawberries. The white variety of this fruit, possible in very few places, is representative of Contulmo and the main protagonist of the main local event: the Strawberry Festival, held in December. Besides, in the summer, the Musical Weeks (January) and the Cotulmo Week (February) are also celebrated, with Mapuche customs fairs and artistic shows. 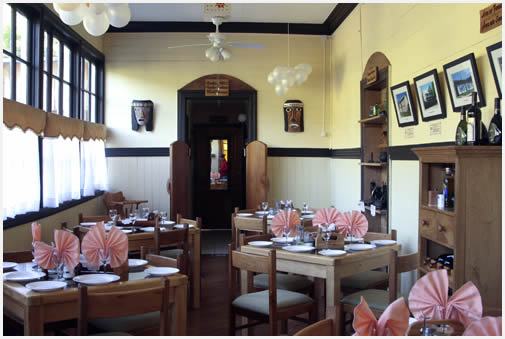 Visitors who come along during the rest of the year may taste the famous white strawberry at Kucsen coffee-shop, in the outskirts of town. Its neat German pastries stand out along with a delicious tea accompanied by fresh strawberries. This may turn into a sweet farewell before resuming the tour around the area. 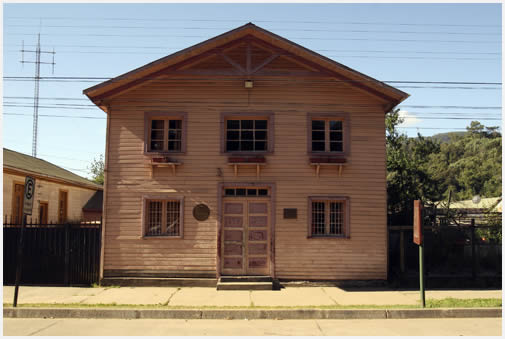