Compasses always point to the North. If we are in Concepción and wish to go northwards, we will find ourselves in the Community of Talcahuano. 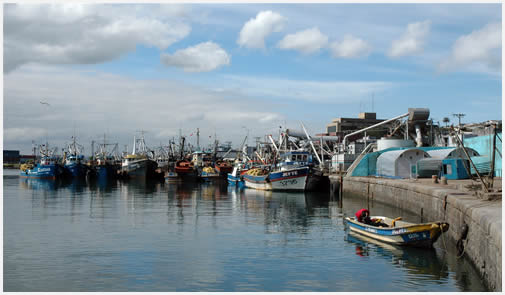 There is Always the Sea

The quietness of the bay was the reason to use this area as a naval port ever since 1674. Boats coming from the most remote places in the world would find there the necessary peace to continue their voyage.

Even if this is an industrial pole, the city preserves some historical relics that visitors may appreciate. One of them is the Monitor Huascar, a battleship built in England in 1865 which took part in the Pacific War, in a sea battle fought in Iquique.

Today, it is one of the few floating museums in the world and it may be visited from the Talcahuano naval base, from where it is possible to be delighted with the beautiful building where the base operates, popularly known as The Vatican. 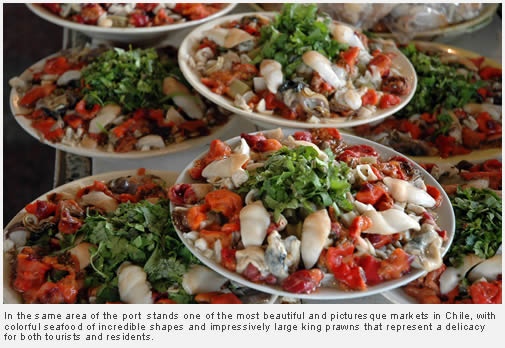 Another boat, the Monitor Ram Poderoso, built in 1911 in Liverpool (England), was used as a tug boat to help the vessels that visited the area reach port for decades. Like the Monitor Huascar, it is anchored in the bay and visited by tourists every day.

Visitors may also see how fishermen return to port and how the sea lions welcome them lively and happily in exchange for some fish. 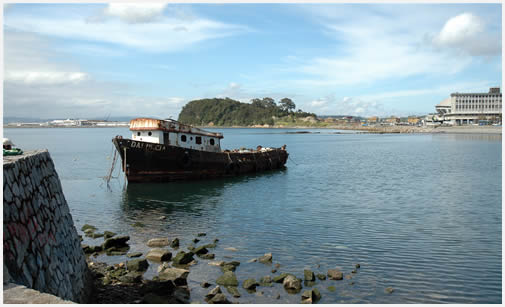 Farther ahead, to the North of Talcahuano, lie the Communities of Penco, Lirquén and Tomé.

Penco and Lirquén are practically the same city and they lie on the Pacific Ocean. Their origins date back from the first white man settlement in the region, which would represent in a way the first attempt to found the City of Concepción. This happened in 1550 and Pedro de Valdivia was its great protagonist.

Its tourist attractions include the beaches and the ruins of Fort La Planchada, founded in 1867 to defend the community from the attack of English pirates. At present, only the thick strong wall, some cannons and the coat of arms are preserved.

The Chinese neighborhood in Lirquén is ideal for lovers of seafood. A wide variety of dishes made with fish and seafood may be enjoyed in a place with the natural atmosphere of the port.

On the way up North, the town of Tomé appears on the shores of the Pacific surrounded by mounts where most of the population, which now surpasses 50 thousand inhabitants, settled down. 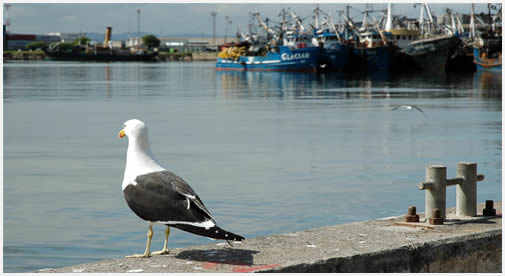 Its origin resembles that of Penco. Its attractive beaches and anglers coves turn it into a tourist destination that has multiplied the number of visits in the last few years.

Beaches such as El Morro, Bellavista, Punta de Parra, Cocholgue and Playa Blanca are some of the most popular bathing resorts in Concepción and its surroundings during the summer season.

Towards the North lies Dichato, a small town featuring one of the most beautiful and popular bathing resorts in the summer. In this place, Coliumo Bay bathes the shores of this small city with summer residences, inns, cabins for rent and seafood and fish restaurants.

To the North of Dichato lies the Itata River, natural border for this tour. There stands an anglers village and the famous mouth of the river by the waters of the Pacific Ocean, an ideal site to take photographs at sunset.