A Journey to the Past

The Historical Museum and the Isidora Cousiño Park are the foundations of the picturesque City of Lota and they enclose the history of a very special lady. 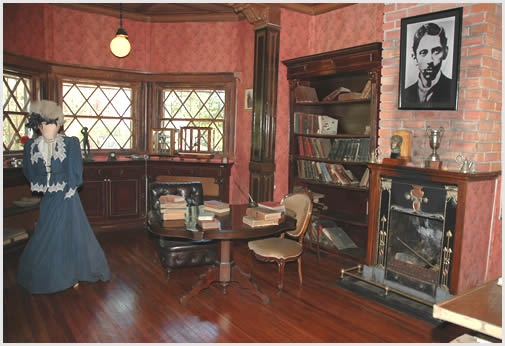 Traveling across time, that is the slogan. With these words, the guide, a very pretty young lady dressed in a purple suit and a cream capeline hat, would open the main door of the house to invite us into her museum.

This is the way this historical tour begins everyday. Ever since 1998, it has enabled visitors to see how life was like 150 years ago, when Lota was going through its golden days.

The ancient house, which stands in Upper Lota, was built in 1864 and used by the Cousiño family as a personal residence. In 1970, the national government resolved to turn it into a museum.

Based in that venue, Matías Cousiño, ideologist and creator of coal exploitation in Chile, managed and controlled the development of this industry, which experienced a successful growth and created job positions for thousands of families. 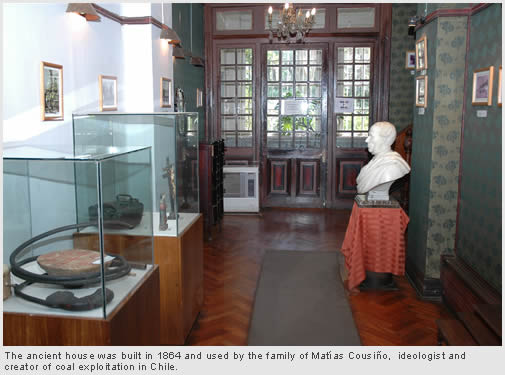 Nowadays, the museum is but a sparkle of light that gives us a hint of what life used to be like for this particular family inside this venue.

The typical family photographs and the self-portraits may be appreciated in the museum. Beautiful carved period furniture which includes large tables, armchairs, a piano, paintings, mirrors and even some items of fine silverware. It is obvious that this place had to display some objects from the mines. If there was a family representative of the mines, that was the Cousiños.

Period photos showing labor teams and elements from the mines such as old batteries, lamps, pickaxes, shovels and metallic buckets to transport coal capture the look of visitors as we try to weave time with the elements shown there. 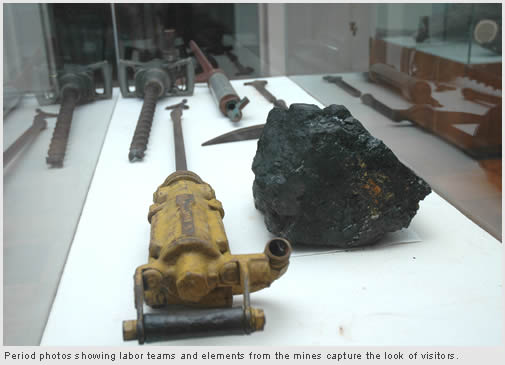 Not only was Isidora Cousiño Matías Cousiños daughter in law, but she was also an enterprising woman.

It was Matías Cousiños idea to create a natural reserve with native and exotic species. After settling down in Lota, he assumed the task of embellishing the city.

The idea of building a park dates back from those days. Thus, during a whole decade from 1862 thru 1872- gardens and trails were laid out by the best known landscape designers and architects in modern Europe.

Matías could not see the labor finished. It was his son Luis and his daughter in law Isidora who continued with the wish of the longed-for park. Isadora, after whom the park is named, would be responsible for the place we can see today. 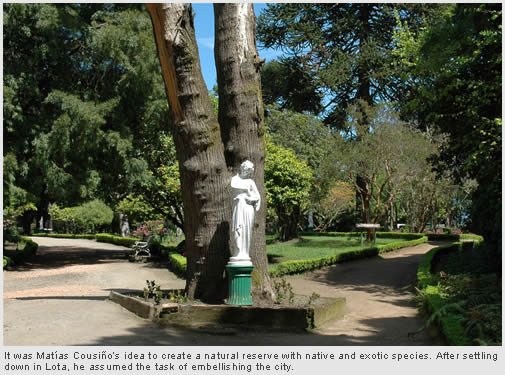 Alfredo Gaete Briceño tells in his book Lota, El Parque Isidora Cousiño that after Luis death, in 1873, his widow continued with admirable effort the task of protecting and embellishing the place, populating it with various buildings and marvelous works of art selected by her during her usual trips abroad, especially Europe, and complemented with creations by natural authors.

The truth is that not only did this lady put the first seed for nature to do its job but she also managed to combine history and Greek mythology through such marvelous sculptures. 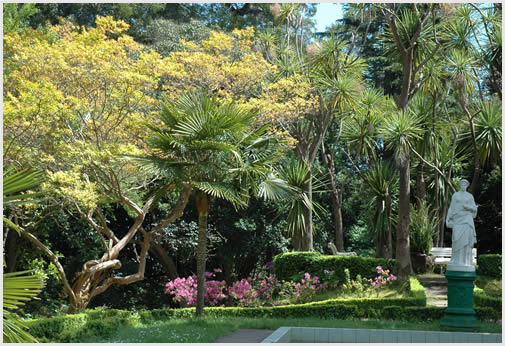 Alfredo Gaete Briceño wrote a book called Lota, Parque Isidora Cousiño, which may be purchased at various points in the city, even at the Historical Museum. The author of this article bought the book and sat down to read it in the park, overlooking the Winter Garden. The experience turned out to be majestic.