Not only are there beaches in Viña del Mar; the city has magnificent gardens and green areas waiting to be discovered by visitors who come in search of its coasts. 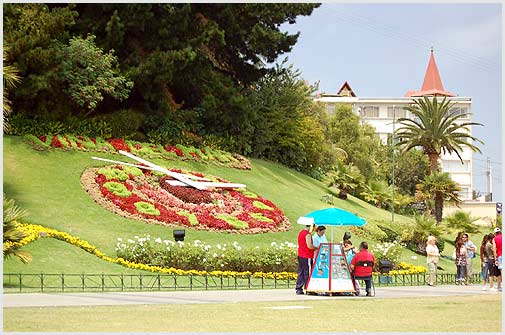 Viña del Mar is known as the Garden City due to the numerous green areas, large parks and gardens surrounding it. A good choice to get shelter from the scorching summer sun is visiting its green areas.

This is all about learning more about the history of the place while having constant contact with nature.

If you are interested in going on this ecological tour around the natural sceneries of Viña, start the tour downtown. In the area behind the church there is a sign indicating the entrance to the Vergara Farm park. It is one of the most beautiful parks in the coast of Chile. It has wide avenues full of exotic plants. Inside, there is Vergara Palace, nowadays a branch of the Fine Arts Museum, and the spectacular amphitheater where the International Song Festival is held. 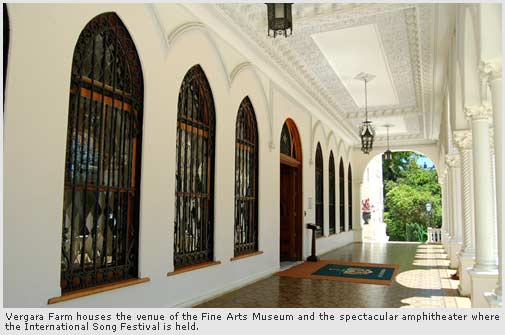 Vergara Farm is located in a natural depression surrounded by hills and has a peculiar history told by its sceneries as the tour moves on. During colonial times, this place was the shell of estancia Las 7 Hermanas, which belonged to the Carrera family. In 1840, a wealthy Portuguese businessman called Francisco Alvarez bought the entire ranch and used it as a residence. His wife, Dolores Pérez, was fond of plants and it was in those days that the garden was created. His son, Salvador, like his father, traveled to the Far East and Australia, and brought exotic plants for his mothers garden. Thus, some species which did not offer any resistance to the kindness of the soil were introduced in Chile.

Salvadors daughter, Mercedes, was living with her grandmother in the shell of the estancia when she met José Francisco Vergara, who married her. She was the only heiress in Viña del Mar. Vergara took charge of the administration of his wifes possessions and he was responsible for the organization of the city foundation in 1874. The farm was named after him. 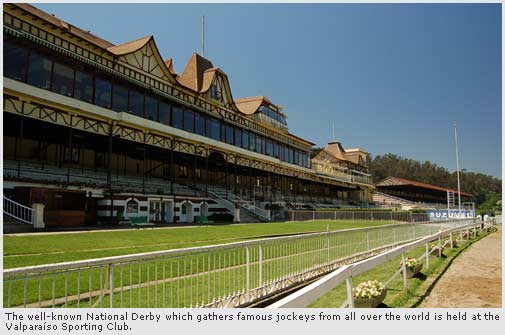 After enjoying the fresh shade of the place, we continued the tour along Uno Norte Avenue. In Los Castaños Avenue, there is the entrance to Valparaíso Sporting Club, where equestrian sports are practiced. Here, the well-known National Derby which gathers famous jockeys from all over the world is held annually. Its English style architecture is worthy of admiration. It has a wide dirt track and another one inside, with well-cared grass. 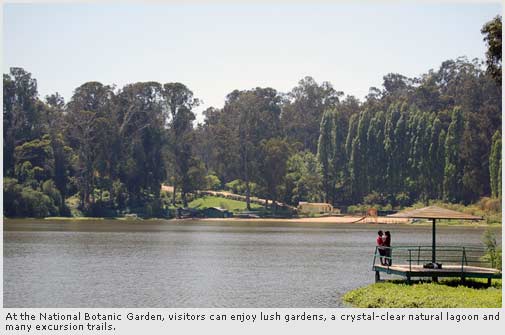 After visiting the racetrack, it is possible to continue along Los Castaños Avenue up to the Laguna Sausalito resort, an ideal place to have a picnic. The site offers bathrooms, a resting area and, in the middle, a wonderful water mirror where ducks and geese can be fed.

Walking up Sausalito Avenue, the entrance to Granadilla Country Club can be reached. In this place there is one of the best golf courses in the country. Besides, it has a swimming pool and a tennis court.

To end this green tour, we advise to take El Olivar trail and get to El Salto area, located in the National Botanic Garden, where, like in Vergara Farm, visitors can enjoy lush gardens, the crystal-clear waters of the natural lagoon and many trails with more than 3,000 plant species of singular beauty.
After all, in summer, man cannot live by beach alone.

Half a day, depending on each place.

We advise to wear sun protection, hats, and caps and gather plenty of energy to go on the tour.