We went on a tour around the most important buildings in the city which make up the most refined cultural and historical heritage in the region. 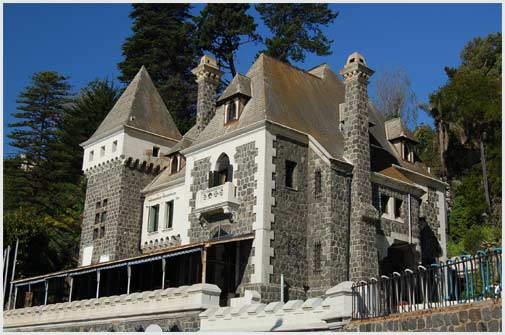 Viña del Mar offers various cultural interests in the core of the city. The number of historical buildings represents a great attraction for those who enjoy the refined architecture built in old styles and the vast green spaces around them.

When visiting these ancient buildings, we could access their facilities and discover more information about the local history and the various processes the city went through until it turned into the garden city it is today.

This exciting tour around the architectural heritage of Viña may start at Ross Castle, located a few steps away from the flower clock. This building was designed by architect Cruz Montt in 1912 and was built in the Tudor style. The outstanding stoneworks reminded us of the Scottish residences built in the mid XIX century. Club Unión Árabe works inside the venue and it has an impressive presence on Marina Avenue, which borders the city. 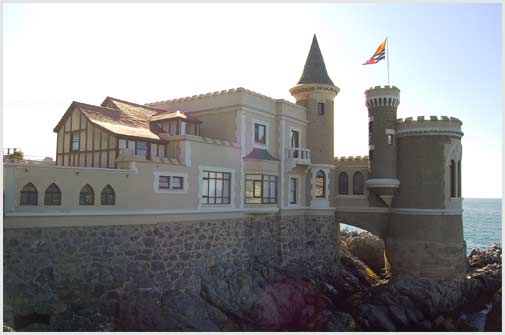 Following along the same artery, we came across Wulff Castle, a beautiful building that gets into the sea. This is a two-storey house joint to a fortified tower through a bridge. Gustavo Wulff, a German merchant with a large fortune coming from the exploitation of saltpetre and coal, had it built in 1906. It was conceived in a Neo-Tudor style, with German-French design, though years later, in 1920, the fortified tower and an English wing were added to it. This enabled the building to be well inserted between the sea and the seafront. It houses artistic displays of paintings, photography and sculpture by well-known national artists.

Opposite this building, Mount Castillo may be accessed in order to appreciate the famous Brunet Castle. This work by French architect Alfredo Azancot is reminiscent of the Romantic-Gothic period in France. Over its lintels, some gargoyles may be observed. In 1974, its name was changed into Palacio de Carabineros, as it was acquired by this Chilean safety force. It may only be observed from the outside, as it is the residence of distinguished visitors or the venue for special social events. 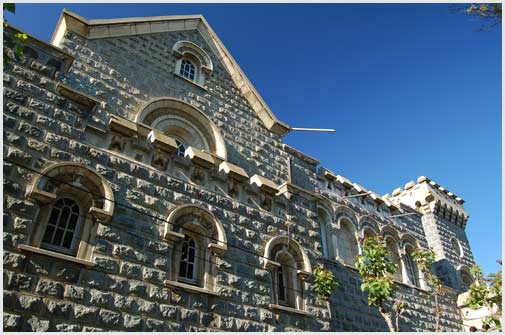 When descending from the hill along Álvarez Street, we arrived in the parish called Our Lady of Sorrows and, behind it, we entered Vergara Park in order to admire the palace bearing the same name and housing the Fine Arts Museum. Beautiful and vast, the lawn is a romantic and attractive promenade. Inside Vergara Palace, the work of famous paintings from the XVIIth century Italian school and the XVI Venecian school may be observed. Behind the emblematic building, we accessed the outdoor amphitheater, where the Viña del Mar International Song Festival takes place.

On the way back to Sucre Square, we ran into the Viña del Mar Club building. Opposite Vergara Square stands the Municipal Theater.

After having a short rest, we crossed Libertad Bridge and at 3 North we found Carrasco Palace, where the Cultural Center, the Vicuña Mackenna Library and the Tourist Office operate. Its gardens display the sculpture called La Defensa, by Auguste Rodin, which pays tribute to the heroes of Iquique. 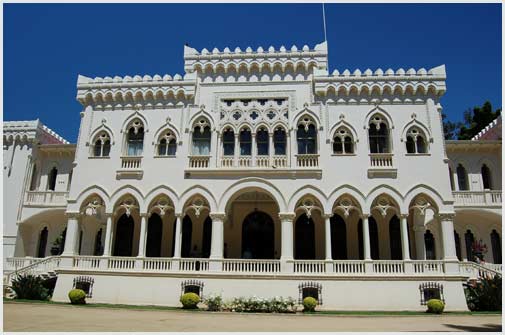 It was Alfredo Anzancot who was inspired by the high French Renaissance trends to design the palace. It is a two-storey building with a garret and it features two outstanding bodies. The entrance is made up by a portico with three Norman arches.

After a few minutes inside the palace park, we left towards 4 North up to Quillota Street and called it a day when we saw the Rioja Palace Museum.

Just like most important buildings, the works were in charge of architect Anzancot. With Neoclassic French style, it houses Baroque, Empire, Rococo and Chesterfield furniture specially brought from Spain and France. This palace is the venue for the Epoque Museum, which gives testimony of the architecture and furniture in fashion in Chile in the late XIXth and early XXth centuries.

Thus, our tour around the most emblematic buildings in the city came to an end. These constructions undoubtedly give evidence of the lifestyle of rich merchants in the years of the Chilean belle époque.

we recommend that you ask for a city map in order to spot these attractions easily.