A Ride on a Victoria

Just like in some privileged cities in the world, Viña del Mar offers the possibility of enjoying an amusing ride on a carriage around the city. Another way to see the surroundings. 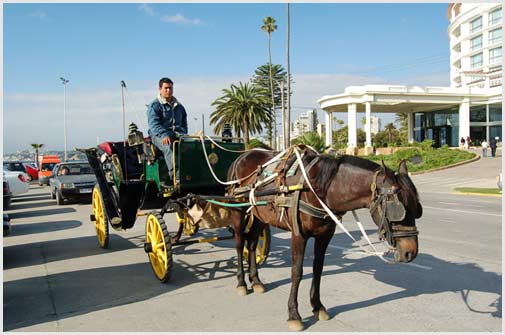 The city was teeming with tourists who gathered at the main beaches. The sun beams were a gift and we were feeling very much like seeing the commercial center of the city.

In the surroundings of Hotel del Mar, we found a hundred ancient carriages the locals call victorias. With their corresponding horses in front, they were waiting for some tourist to ask for a ride.

Touring around in a victoria is an unusual way of enjoying the place. These open carriages pulled by horses let riders admire the charms of Viña del Mar as they relax. 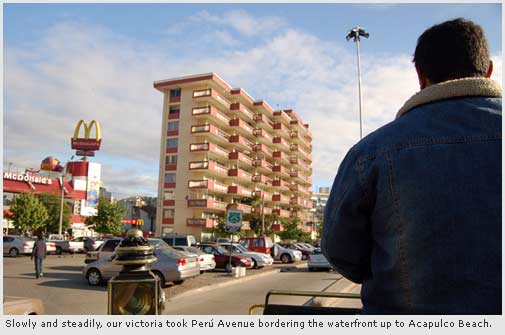 In general, they are chosen by entire families or couples who are attracted by these hundred-year-old carriages.
Slowly and steadily, our victoria took Perú Avenue bordering the waterfront up to Acapulco Beach. After that, it continued up to Vergara Pier, where we went off the carriage in order to observe that place now turned into a tourist attraction.

We continued with the traditional tour around the city. We took 8 Norte Avenue and Libertad Avenue. As we advanced, we could observe the particular architecture of the city. The residential neighborhoods house beautiful chalets surrounded by gardens, built in the early XXth century and inspired by the most varied styles, with multiple windowed towers. 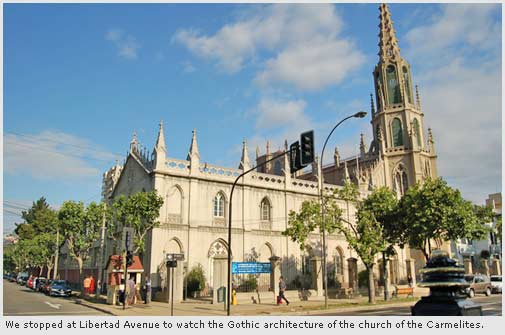 On the seafront, architecture is framed by a series of tall buildings that stand out due to their balconies onto the Pacific Ocean.
We stopped at Libertad Avenue to watch the Gothic architecture of the church of the Carmelites and, farther ahead, we crossed the entire commercial center up to 3 Norte Avenue, to turn right once more and go back to the point of departure.

Before that, we stopped in front of the Municipal Casino for a couple of minutes so as to have a photograph of us taken on the victoria with the particular buildings in the background.

It was a quiet and unusual way of making contact with the natural beauty of the city. This is a recommended tour to soothe the typical stress from the journey, letting the senses rest in front of the magnificence of the roaring sea that bathes these central shores. 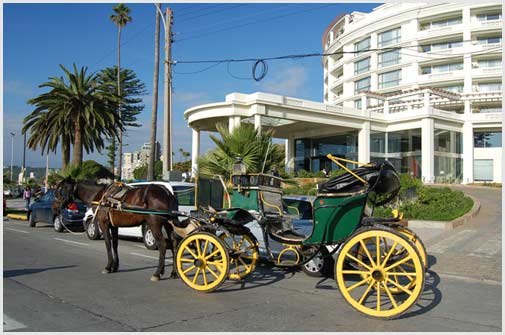 It depends on the kind of tour chosen. The one described here takes 40 minutes.