During our visit to the Chilean capital, we visited one of the most important and emblematic museums in the American culture, as far as art is concerned: a tour around the Precolumbian venue. 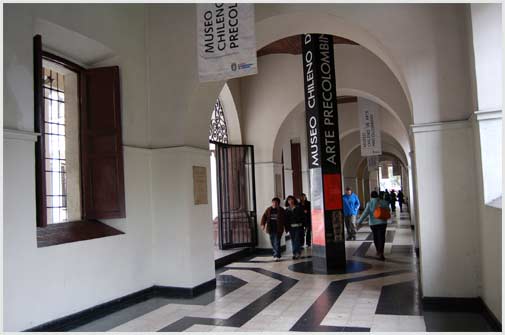 The museum opened its gates a little more than two decades ago. The neo-classical building used to be the Royal Customs Palace. The hectic sidewalks crowded with people coming and going makes it seem to go unnoticed, but the truth is that inside its venue, objects come to life and tell visitors about the myths, the beliefs, the rituals and the customs of the first settlers in America. That is the Chilean Pre-Columbian Art Museum: a pioneer undertaking that shelters, studies and spreads the artistic heritage of Latin American Pre-Columbian peoples, without taking into consideration the political borders separating countries today.

After paying for the admission ticket, we resolved to observe each of the museum rooms. They would take us on an imaginary journey back in time and around the various nooks of the whimsical geography of the new continent. Every object displayed in the glass cabinets gave us a brief account of what life used to be like in America those days. 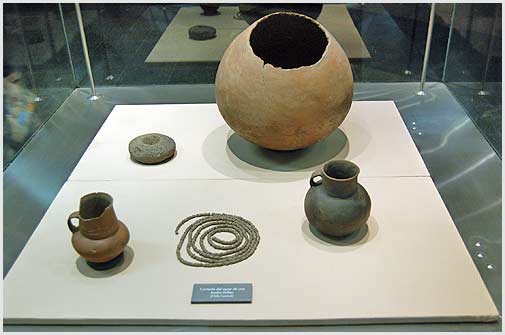 The display covers a period ranging from the beginnings of ceramics and textile art in America until the arrival of the European conquerors. It aims at representing the diversity of Pre-Columbian peoples. The collection includes pieces made in ceramics, metal, textile fibers, feathers, rock and wood, using the most varied techniques and styles.

For a better understanding, the collection pieces and the Pre-Columbian cultures have been grouped by cultural areas: Mesoamerica, Caribbean, Intermediate, Amazon, Central Andes and Southern Andes.

Crossing the various rooms, we managed to observe the evolution of the native cultures through time and space, their influence on one another and their differences. Among the most attractive objects, a mummy that, according to studies, is over 5,000 years old caught our attention. As well, we saw pots, petroglyphs, rock and wood carvings of large sizes and elaborate fiber works. 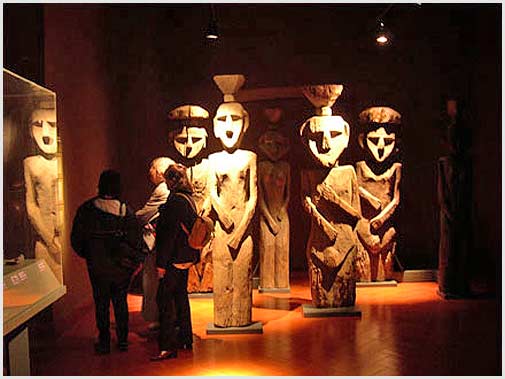 During our visit, we managed to appreciate the American lifestyle in that period. We understood that a very important part of ourselves is descended directly from these ancient peoples. And what is even more important, we learnt that it is only by understanding our past that we can live without fear of the present, but above all, we can learn to project ourselves into a future that may keep the unique identity that bonds all Latin American peoples.

we recommend that you take a guided tour around the museum in order to have a better understanding of the objects displayed.

« Back to Outings in Santiago