Riding a mountain bike brings us much closer to the environment than a car. Besides, it is easier to cover greater distances than on foot. 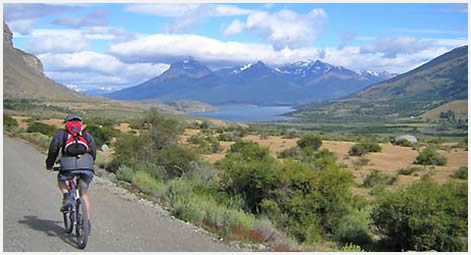 There are many ways to get to know the outskirts of Puerto Natales. If the weather is good, biking is one of the most popular among nature lovers.

We arranged an outing with a bicycle touring agency. The adventure began when we were driven about 30 kilometers north on a 4WD truck, with the bikes safely on a rack. 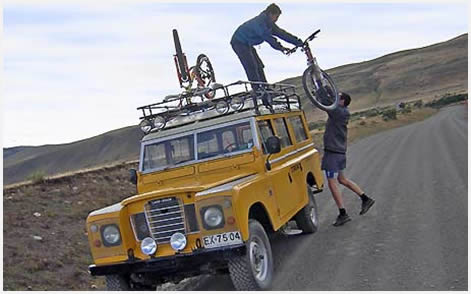 Cycling began when we reached a gravel road. We adjusted the seats, put on our helmets and listened to the guides remind us how to use the gears appropriately. A gentle slope led to the coast of Laguna Sofía a mirror reflection of the Cordillera de los Andes, the forest and the rocky walls where condors nest.

As we moved on, the trail became steeper and narrower. When we reached a point with a panoramic view, we took a short break to eat some fruit and chocolate while enjoying the scenery. 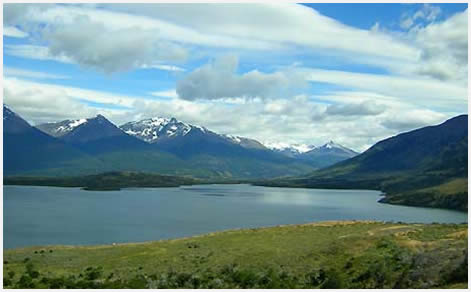 We were spell bound by the outline of Cerro Prat, Punta Tenerife, Cerro Almirante Nieto and peaks of Torres del Paine and Cuernos del Paine in the horizon. We could have turned back at that point, but the outing had so much more in store for us.

As we cycled uphill and downhill our senses were flooded by sounds, smells and sights we will never forget. We learned to adjust our speed to the possibilities of the group and took our guides advice to keep hydrated to protect our bodies and diminish the effect of strenuous effort. 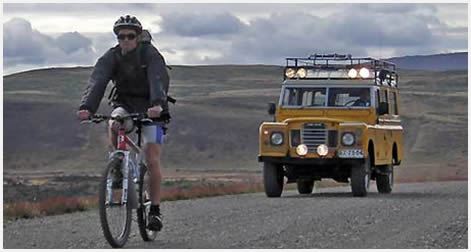 When confronted by a seemingly endless climb, we mustered all our strength and used the smallest chain-ring and largest crown gear as we had been taught.

When we had almost reached the top, we left the bikes and walked up to the summit, past a cave. The view was breathtaking: the Sofia Valley, Última Esperanza Inlet, Eberhard Fjord and, in the distance, the Balmaceda and Serrano Glaciers. From this vantage point, all the characteristic landmarks of the area seemed connected.

We got on our mountain bikes, ready to head back. We were thrilled to reach 40 km/h on our downhill ride, going by waterfalls and fords until we got to the Mylodon Cave.


Face to Face with Prehistory

The cave is famous for the discovery of the bones of this giant herbivore which became extinct in the late Pleistocene. The importance of this find is coupled with others of great archeological interest as the site was also inhabited by primitive Patagonians. 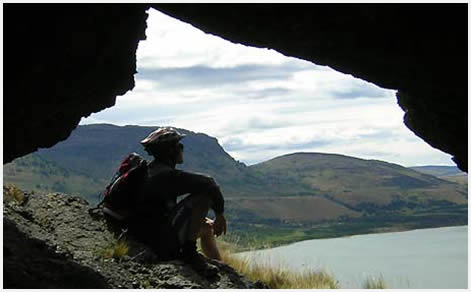 After this close encounter with the past, we had a picnic, sharing everything we had in our backpacks, to recover our strength. We started chatting and lost track of time until we realized the sky was turning reddish, a clear indicator sunset was imminent. We put the bikes in the rack, climbed into the 4x4 and drove off towards Puerto Natales while we took a last look at the gravel road we had cycled along.

Bring a backpack and a change of clothes, sunglasses and sunscreen. Ask at the agency about snacks and water. The agency provides bikes, safety helmets, repair kits and transfers.