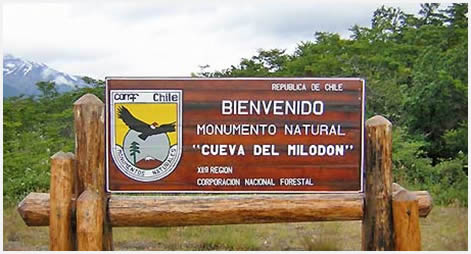 The historical and natural monument known as the Mylodon Cave is a popular attraction while staying in the City of Puerto Natales. An amusing circuit joins several rock grottos, a natural balcony facing the fjord and sea channels, and the mountain range that boasts the scars left by glaciers.

We reached this place by car and headed for the largest cave, where we found fur and bone remains of a large mammal. These findings were reported by Hermann Eberhard, a local dweller, in 1895. He also named this place the Mylodon Cave. 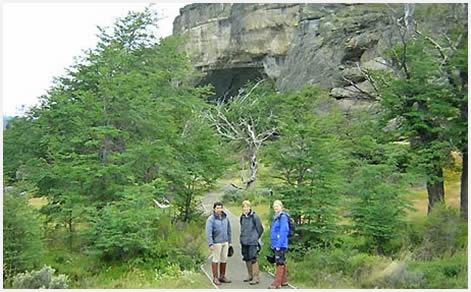 Close to this site, an interpretation museum gives details deciphered by archeologists and paleontologists from those samples. Research has proved this herbivore resembling a bear would walk on four legs and could stand on its rear legs and its thick tail. It is estimated to have lived approximately 10,000 years ago.

Extinction causes may be varied but all of them natural: weather conditions, competing with other animals or the effect of diseases. 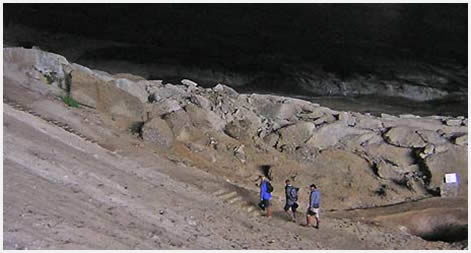 A real-size reproduction shows a mylodon standing on two legs. Of course we had our pictures taken next to it to give evidence of its height. Traces of a human settlement which lived on hunting have also been found in this cave, though it has not been proved whether they co-existed with the mylodon.

A little farther ahead, we discovered the so-called Silla del Diablo (Devils Chair). This is a rock formation carved by the wind, the ice and the water throughout time. Today it is part of the local myths. Whoever sat on it, whether it was the mylodon or the Devil himself, would watch the great valley from the heights. 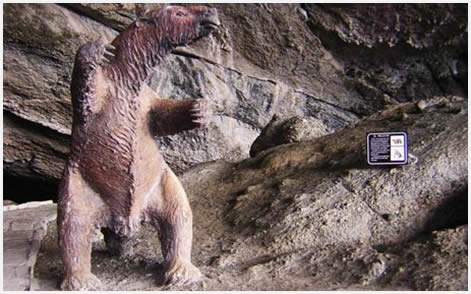 The rock layers of the caves treasure the traces of the lifestyle of the first dwellers. Therefore, tests and studies continue and aim at understanding the archeological evolution of the region and, especially, the origin of the settlement of human groups on the continent.

Hiking tours of various degrees of difficulty are organized in the venue across the woods, the steppe and the mountains in search of panoramic views.

Before we left, we paid a visit to the restaurant located in front of the main cave and the stands where handicrafts are offered for sale. Evidently, the scientific value of this place lures visitors from all over the world, including us. 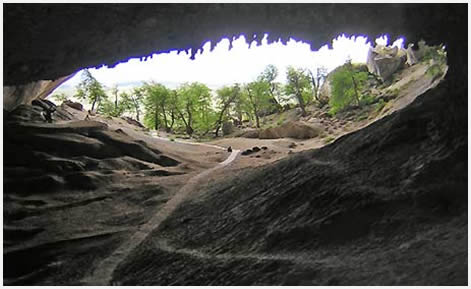 In high season (October-April), regular trips to this place are organized by transport companies from Puerto Natales. In low season (May-September), the city travel agencies reach this place.

If you are driving your own car, leave the center of the city and follow Route 9 towards the north. After 20 km, turn left into a gravel road and travel 5 kilometers more up to the cave. Regular tours organized by transport companies from Puerto Natales are available in the high season (October thru April). In the low season (May thru September), the tour may be hired at any travel agency in town.

Check at the local Tourist Office and the CONAF office.