Witnesses of a Splendorous Past

They have beheld the ocean impassibly for the last few thousand years. The moais are the maximum expression of the Rapa Nui culture. 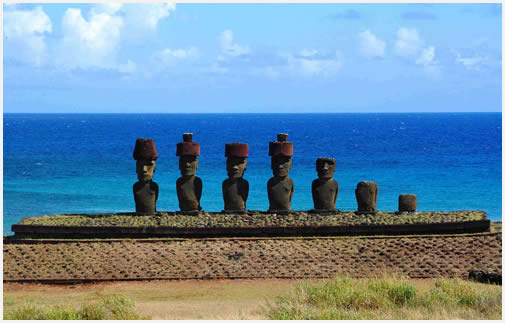 Over 1,500 years ago, the island located in the middle of the Pacific Ocean welcomed a group of brave Polynesian men. Led by their ariki (king) Hotu Matu'a, they reached these new lands in search for the Te Pito o Te Henua, The belly of the world, considered the center of the Polynesian Cosmo vision.

Some centuries had to pass for the first colonists to settle down for good on the island and a new community to develop. But their strong traditions encouraged the Polynesian to keep and worship their roots evoking their ancestors and their culture. Thus, the moai, these magnificent stone sculptures, were created. At present, they may be appreciated all through the island. 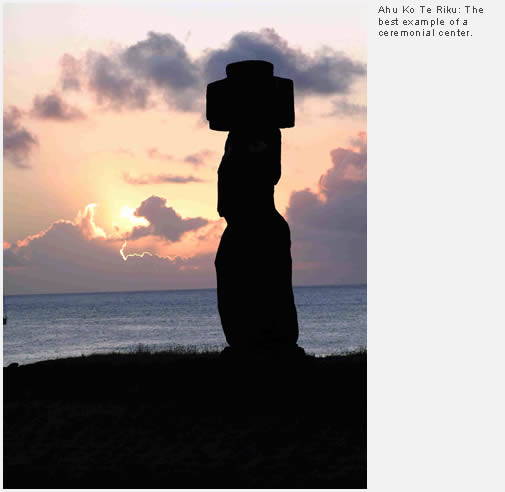 The monumental faces have become the symbol of Easter Island. On the days when they were created, X century AD, approximately, they would represent the main activity among the islanders. Their construction prevailed above the essential subsistence tasks such as agriculture and fishing.

In those years, 300 ceremonial altars and about 600 moai were raised. This was a strong expression of power by the priests and the nobility. According to records and anthropological research, those were peaceful days during which the population reached 10 thousand inhabitants. 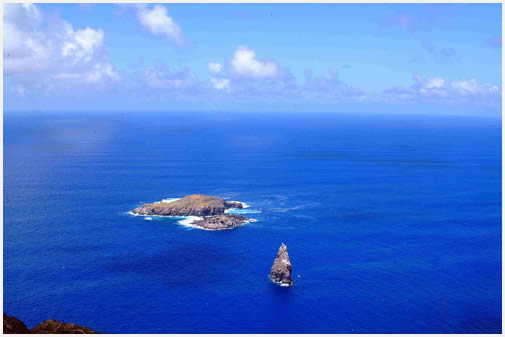 Unlike the Polynesian, which were made in wood, the Rapa Nui moai were carved in volcanic stone extracted from the Rano Raraku Volcano pit. They generally measure 4 meters of height, except for the Paro moai, which reaches 10 meters and weighs 85 tons. The master artists carved the rock with basalt chisels and, after finishing the first moai stage, they would move it to the place where the ahu (altar) was located with the help of vegetable ropes. Once raised, its eyes, its nose and the long ears were carved and their backs were tattooed.

In a ritual led by the ariki, the moai was invested with the power to protect the lineage and the island, and it was not until after this ceremony that the statues were completed with the eyes made of white coral and obsidian and a hat made of red scoria similar to the turban worn by the arikis and symbolizing their divinity. 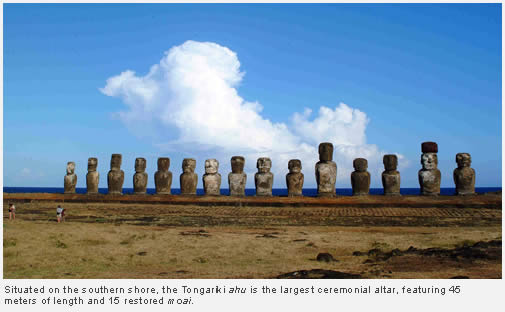 But towards the XVII and XVIII centuries, the struggles among the various tribes for power over the island and the scarce food generated wars that ended up with the moai culture. After the fights, a new political and religious order was imposed which banned from the land the worship of man and tore down all the moai.

Instead, the new cultural practices rescued one of the most ancient Polynesian cultures: the worship of birds. Thus, the religious leaders settled on the southern side o the Rano Kau Volcano, at the Orongo village, would lead ceremonies such as the election of the Bird Man or Tangata Manú. This celebration consisted in a young representative of each tribe being appointed to compete for the first egg of the manutara migratory bird flock arriving on the island at the beginning of spring. The first man to hand in the egg to his ariki would become the Tangata Manú: the religious and political chief of the island for one year.

These new religious and cultural manifestations stopped the tribal wars and gave way to a time of peace on Rapa Nui. It was during this period that the first western visitors began to arrive, which coincides with the appointment of the last Tangata Manú. 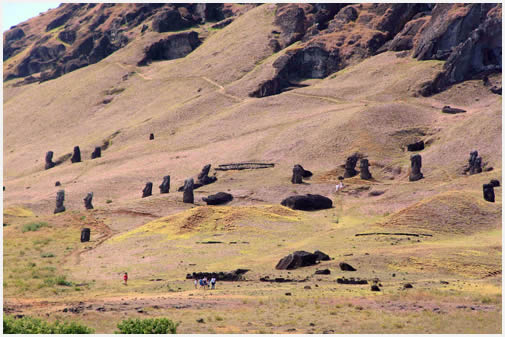 « Back to Outings in Isla de Pascua