When the Sea Calls out the Desert

Histórical and modern at the same time, Iquique is a city that captivates the tourist with its multiplicity. Anything can happen there, even the most unimaginable things. 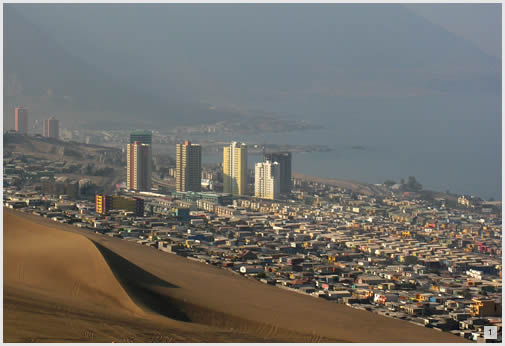 From the very first moment, Iquique does not go unnoticed. A huge sand tongue seems to be the immediate continuation of a desert that has finally got closer to the sea to be embellished, to get wet.

These sands which surround the city change their color as the day goes by and are the hosts of paragliders who take off from them to get closer to the Iquique sky. They are grey at dawn, become golden with the first sun rays and finally get dry and turn into a brownish shade at dusk. And they die at night, cold as if they were distant. Below them, one of the most beautiful cities in northern Chile, which has been designated the capital of the I Region of the country, can be seen. 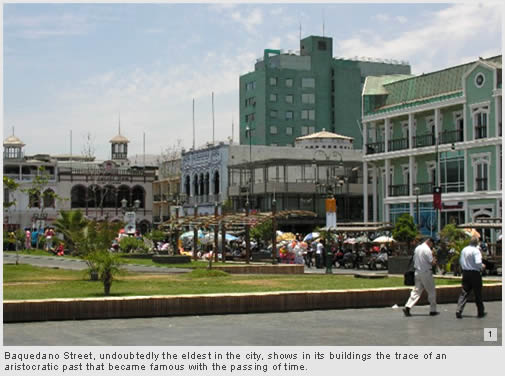 From Aristocrat to Popular

The history of guano, salt and fishing is much related with the development of this beautiful city that adopted the Chilean nationality after the War of the Pacific.
Today, it is visited by thousands of tourists who are surprised by the fusion of the modern with the historical.

Baquedano Street, undoubtedly the eldest in the city, shows in its buildings the trace of an aristocratic past that became famous with the passing of time. Some of their facades feature true tributes to the precursors and those who work with saltpeter.

The Anker Nielsen museum succeeds in showing visitors all the aspects of the period. Its doors invite visitors to see real historical details, like the tokens with which these men were paid for their hard work. 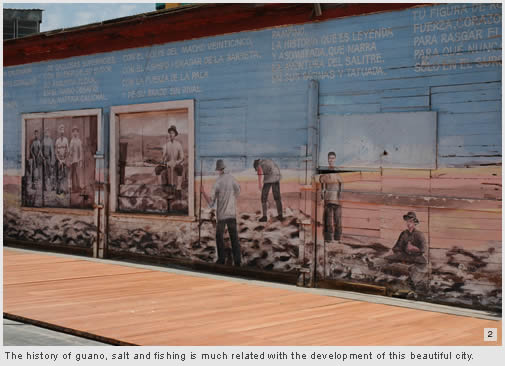 Back to the present, the most used word in Iquique since some decades ago has just five letters: Zofri. This word refers to the duty-free zone of Iquique, which attracts both locals and visitors with its prices and opportunities.

The historical neighborhood, together with its port and naval museum, is another great attraction. There, it is possible to embark to the milestone which points where the Esmeralda corvette sank during the War of the Pacific, and which is today one of the most historically important spots in northern Chile.

But if the idea is to rest, it is enough to let oneself be carried away by the soft waves and white sands in some of the beaches surrounding the city. Among them, Cavancha Beach and Brava Beach are the most prominent, and besides featuring crystal-clear waters, they are the most crowded. 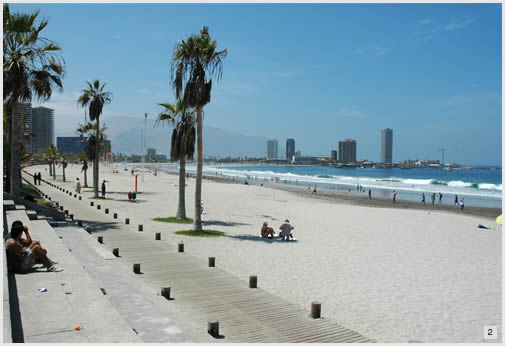 On Baquedano Street, in the historical center of the city, most travel agencies are located.