Those Houses Over the Water

Castros palafittes are part of the classical images of the island. 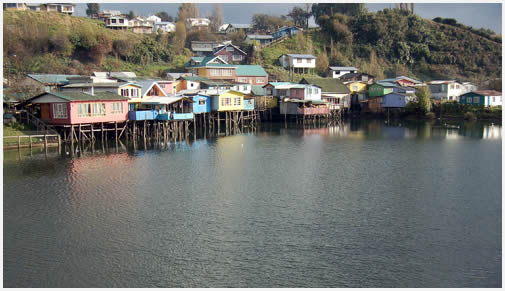 In addition to its churches, the architecture of Castro has other characteristic representatives: its palafittes. These typical constructions of the coast area have a singular style in the archipelago.

The houses made of wood and larch tiles sit on a kind of pier with thick stilts. They have two façades, one facing the street, to which they are joint through a bridge, and another one facing the channel, which includes an upper terrace generally used as a yard, and a lower level that, according to the tide, is used for the typical fishing tasks. The barges waiting to go out in search for seafood and fish are moored in this sector. 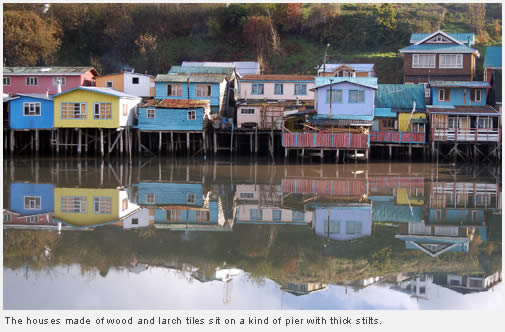 Beyond their attractiveness, the colorful palafittes offer islanders a cozy home near the shore, safe and free of humidity, quite appropriate for those whose life revolves around the sea.

Not only Castro, but Ancud, Quemchi and Chonchi, amongst other ports, adopted this way of using the coast during the commercial expansion of the XIXth century.

To have a good sight of this picturesque hamlet, visitors should walk along Blanco Street up to the seafront and the port and head for the coastline in Pedro Montt and Aguirre Cerda Streets, where the palafittes are located. A clear expression of sea architecture. 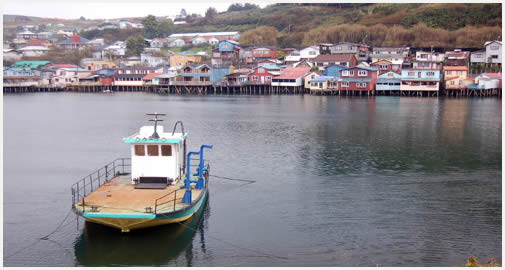