The City of Everyone

For many people, this is the main city in Northern Chile. This place blends together the landscape of the desert and the sea and it gives a warm welcome to tourists just at the very beginning of their visit. 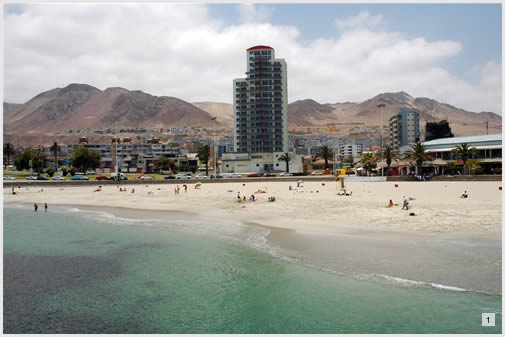 There are visitors who get there especially to make the usual excursion to La Portada, the most photographed natural rock arch all over the world. However, the city of Antofagasta is more than this geographical landmark. It is one of the oldest and prettiest cities in Northern Chile, of Bolivian origin and afterwards claimed by Peru, it finally became part of the present Chilean territory (after the War of the Pacific ended in 1880).

Today, Antofagasta is one of the most attractive cities on earth. Its constant nomination as World Heritage confirms this quality year after year, until this city eventually receives its award.

The Huanchaca ruins show the vestiges of a glorious past, when it was part of the Compañía Minera Huanchaca in the year 1888 and capable of processing over 100 daily tons of this mineral used for extraction of silver, along with another mine in Potosi owned by the same company. 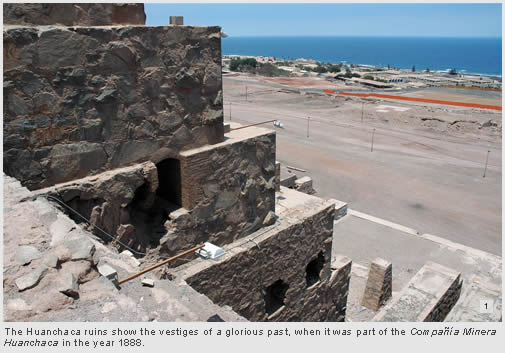 At present, these ruins will become part of the scenery of an international casino, which is now under construction in the surroundings and will have such ruins as the main attraction in the site.

The historic and lovely neighborhood also draws tourists to this site. It refers to a group of buildings declared as natural monument, which invites visitors to step back into the past and get a better understanding of what life was like during such years.

The salt dock was built in 1872 and was used to unload the train cargo and load the salt sent abroad. 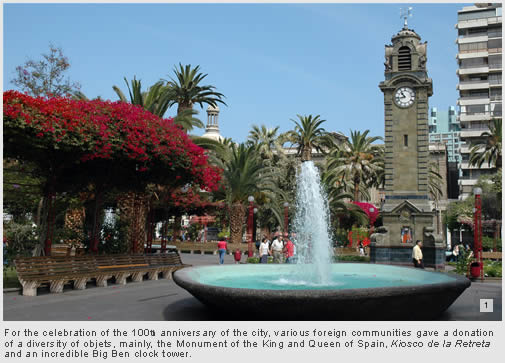 Nowadays, the railroad track of the old, but well-preserved, train station allows watching cars full of huge copper plates heading for the new docks to be loaded and carried abroad.

The building of the former Customs House was built based on the treaty signed between Chile and Bolivia in 1866. Upon failure to fulfill this agreement, the conflict known as the War of the Pacific took place from 1879 to 1880.

At present, this building houses the Regional Museum, which may be visited all year round and displays different areas of the daily life of this Northern region. 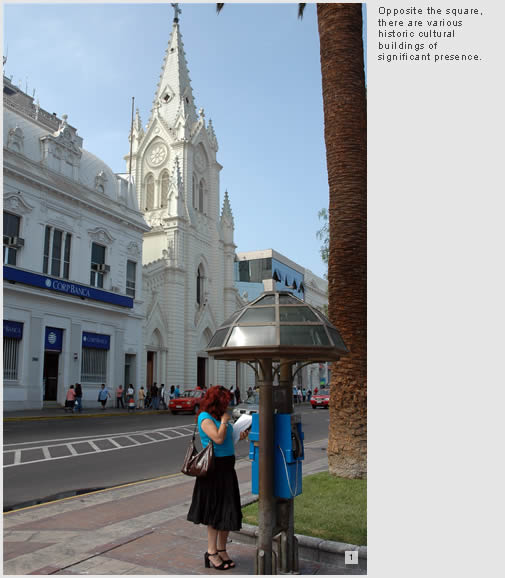 The fishing station is another site attracting many visitors. It is located in the maritime port and tourists can buy products caught at sea or taste some specialty dishes prepared and cooked before their eyes.

From Columbus to Arturo Pratt

A highlight in this city is Colón Square. As you walk inside on various pedestrian paths, you can get a 360-degree view to watch all the surrounding buildings.

For the celebration of the 100th anniversary of the city, various foreign communities have donated a diversity of objects, mainly the Monument of the King and Queen of Spain, Kiosco de la Retreta (which may be visited) and an incredible English Big Ben clock tower declared National Monument in 1986. 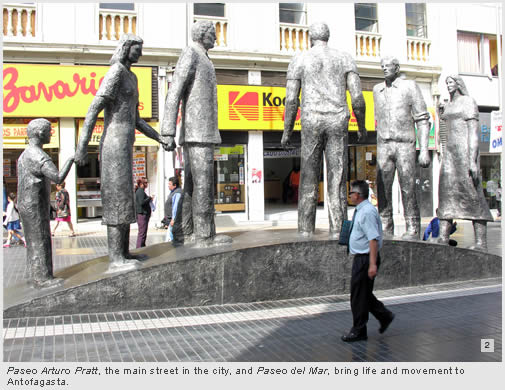 Opposite the square, there is a diversity of cultural historic buildings with a significant presence, such as the Mayors Office, the local cathedral - a masterpiece of Gothic architecture-, the Post Office and the Municipal Theater. All of them with an incredible charm which, together with Paseo Arturo Pratt, the main street in the city, and a 7-kilometer-long promenade known as Paseo del Mar, bring life and movement to Antofagasta, a city with all the necessary ingredients to be chosen every time the compass points at Northern Chile as a destination. 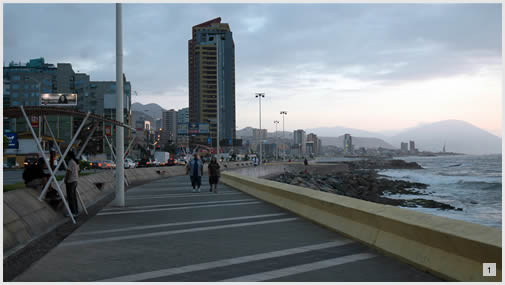 The natural monument is a must visit. This is one of the most attractive monuments on earth. It is a geological formation crossed by the sea and observed from the coast. It is just 18 kilometers away from the City of Antofagasta.