The Old Ladies in Town

They are the old ladies in town, not the most distinguished dwellers but the most ancient constructions that have remained in order to show themselves in the way they were created. Very soon, an international casino will bring them back to the present. 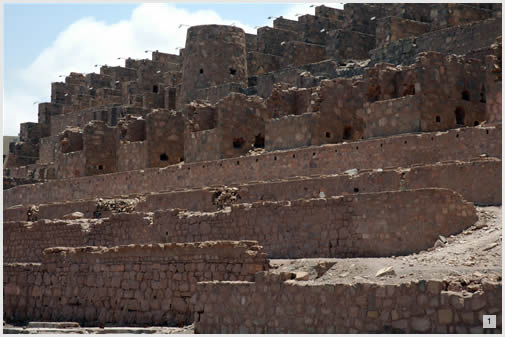 Located opposite the sea, the Huanchaca ruins were built in 1888. They were nothing else than a refinery owned by Compañía Minera de Huanchaca, raised to process the mineral coming from various points in the region, mostly from the Bolivian silver mines. 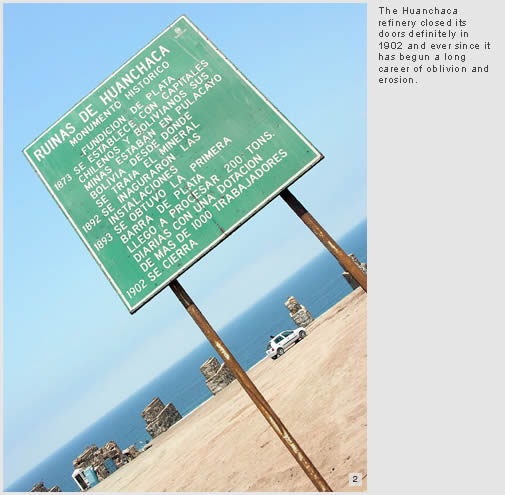 Some data from those glorious days: the refinery would process a little bit more than 100 tons of mineral per day, out of which almost 20 tons of silver were extracted every month and sent to various destinations in the globe through the Pacific Ocean.


This industrial chimney, today immensely beautiful and historical, closed its doors definitely in 1902 and ever since has begun a long career of oblivion and erosion.

Its closeness to the sea, more precisely to the salty winds, made the machinery rust in such a way that the reddish iron took hold of the old walls of solid stone until it mingled with them completely. 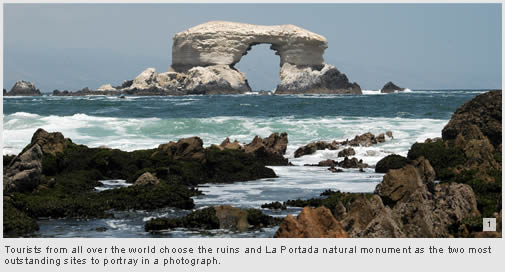 Today, only the building remains standing, giving the place the looks of an old Medieval castle that, looking onto the sea, expects the arrival of friends and foes from other worlds.

Hundreds of tourists visit the ruins everyday turning this place into one of the main tourist attractions in the area. No wonder tourists from all over the world choose the ruins and La Portada Natural Monument as the two most outstanding sites to portray in a photograph.

As the vultures hover in the air and nest in its old walls, the ruins hide part of a history that will be in everyones mouth soon. 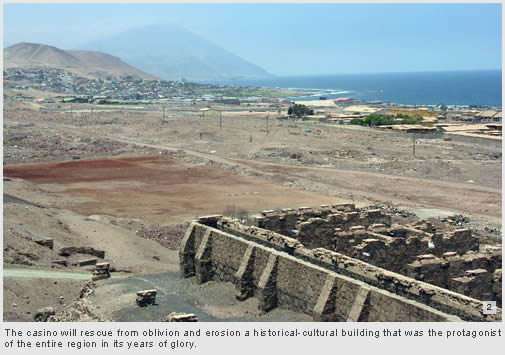 The construction of an international casino in its surroundings will be the reason for the ruins to be proudly recycled so that thousands of fans from all over the world come along to tempt their luck. An interesting way of progress that will rescue a historical-cultural building that was the protagonist of the entire region in its years of glory from oblivion and erosion. And it will soon be glorious again. The die is cast, once more. 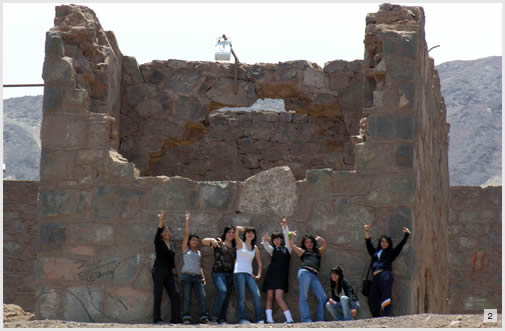 low, the site may be accessed by car.

Visitors must go along Argentina Avenue and then head southwards for a few kilometers until they spot a group of buildings that differ from the rest of the constructions in Antofagasta.