The historical neighborhood features a space that was witness to the salt trade. Today, it boasts a view of the broad sea horizon. 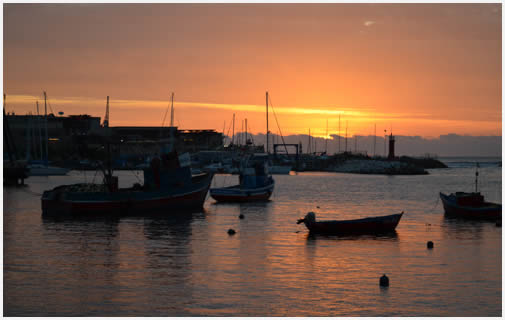 Highly appreciated by locals and visitors, Melbourne Clark Pier stands out among other past reminiscences on the waterfront at the City of Antofagasta. It ornaments the beaches and is considered a place to rest, behold and take photographs.

We walked its almost 200 meters of length in order to have a close look at the details of its renewed structure. As we moved on, we recognized its wooden structure, its benches and the lights that invite everyone to pay a visit at night. Vestiges of the works carried out at the port can still be seen, including cranes, piles and mooring structures.

The main fishermens cove in the city lies next to it. It was there where we saw the activity of the barges that bring fresh sea products. A little farther ahead, restaurants serve the same products after cooking them in several fashions. 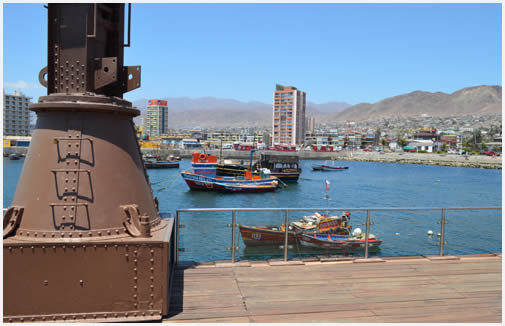 At the most distant area on the shore, the pier is visited only on certain occasions by sea lions and turtles. A wide array of birds was flying over our heads and seemed to escort us during our tour.

In the distance, we caught glimpse of a group of fishermen near the lighthouse. A little closer, the yacht club and its multicolor sailing boats were rocking next to some watercrafts used for tours.

We were surprised by the different perspective of the coastline offered to us by the pier. We took some pictures from the urban area, its huge buildings, its beaches, the sea and the mountains in the background. 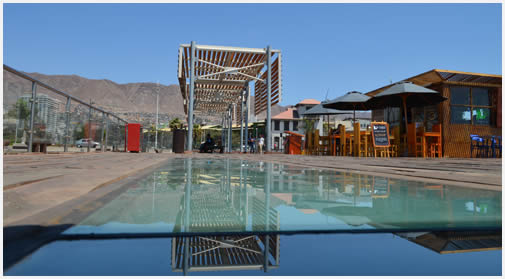 A few steps away, two museums give evidence of the events that gave origin to life in Antofagasta. The pier was built in 1880 in order to send salt shipment that reached the coast through the railway.

A significant and artistic detail is that some transparent openings that enable visual contact with the water and the original structure of this construction have been made on the pier floor. They are known as Ventanas al Tiempo (the Windows of Time).

As we chatted with some local denizens, we had an idea of their satisfaction with this heritage. As far as we were concerned, we had made the most of the cool sea breeze and learned a little bit more about the seductive history of the city. 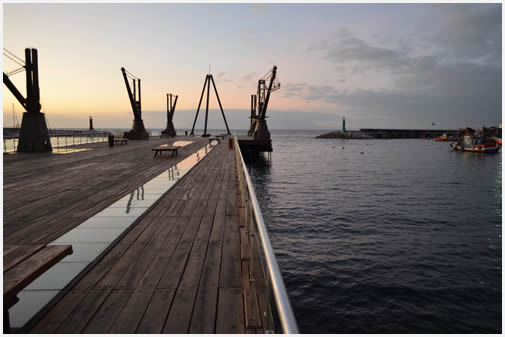 Print this outing
« Back to Outings in Antofagasta