Parachuting in the Calle Calle River

Water spaces offer sports resources with ample possibilities and the river network in the Community of Valdivia is a real temptation for those who like non-traditional exercises. 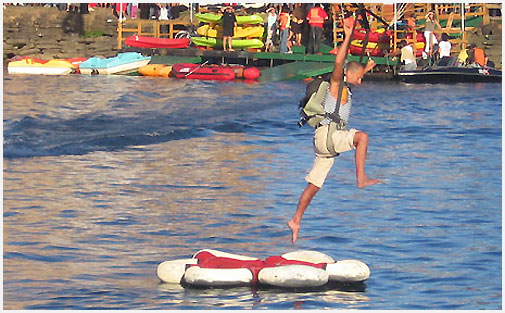 The City of Valdivia has been chosen seat of the National Accuracy Water Landing Parachuting Championship on several occasions. This particular event, has its own followers and enthusiasts.

The Calle Calle River is the scene for multiple activities throughout the year. It has been the epicenter of this competition that summoned a large number of participants. During the event, sportsmen must calculate their landing accurately so as to touch the floating bull's eye on the water surface. Experts from all over the country and from abroad come to Valdivia for this occasion. This is a personal challenge, but also clubs and institutions take part in the event. 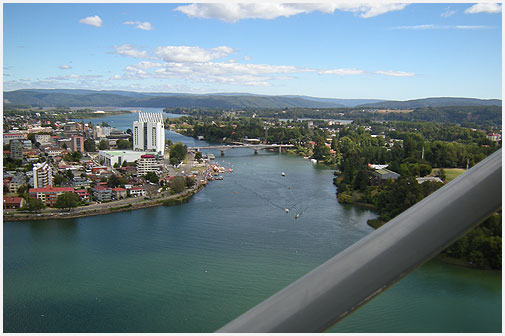 The trial starts with the jump from a plane. After skydiving for a while, the parachute opens and maneuvers are done by the athlete so as to descend towards the river and aim for the target. This consists in a platform resting on the water. It has a camera inside and others attached around it. The last effort of jumpers is to manage a good score according to the portion of the bull's eye they land on.

Thrilling moments are ornamented by the constant murmur of the audience at the moment of landing or diving into the water.

This event takes place during the summer and it was first held in 1978. Lake Rapel, in the community of Melipilla, was the scene for the first event of this kind. Years later, Lakes Villarrica and Llanquihue, as well as the Calle Calle River in Valdivia, have been the chosen spots. 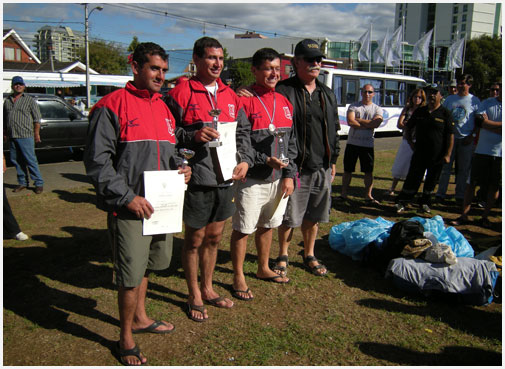 This traditional contest summons private clubs, groups belonging to the armed forces and individual participants. This is much more than an amusement. It is an opportunity to test personal qualities related to parachuting. Likewise, it provides experience for other international competitions.

The City of Rivers is appropriate for this kind of events in which the audience devotes themselves to observing its development. Several days contribute joy and eye-catching colors in the sky, in addition to funny situations along the Calle Calle River, which becomes brighter and more popular year after year. 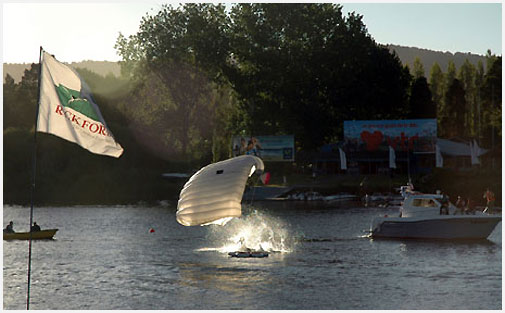 During February, the Municipality of Valdivia performed this unique event; you should talk to her to know the exact date.