A visit to Ñandú Park is a treat for the whole family, especially for the children. 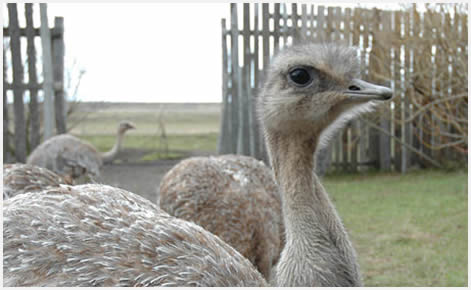 A visit to Estancia Otway is the gateway to a fascinating world where the emblematic bird of the region is lord and master: Ñandú Park. It takes less than an hour from Punta Arenas to the park where you will interact with the greater rhea throughout its life cycle.

We followed the road signs to the estancia where we were welcomed by Jorge Laurido, owner and mastermind of this project registering the behavior and adaptation of the animals in the area.

Jorge considers himself a true Magellanic, having lived on the estancia all his life. He left only long enough to attend college and graduate as a veterinarian before returning to his beloved land. At first he was very concerned about the illnesses these flightless birds suffered and later he decided to breed them artificially. Supported by CORFO (Spanish acronym for "Production Development Corporation") he has passionately devoted himself to the pursuit of this little big dream since 1997. 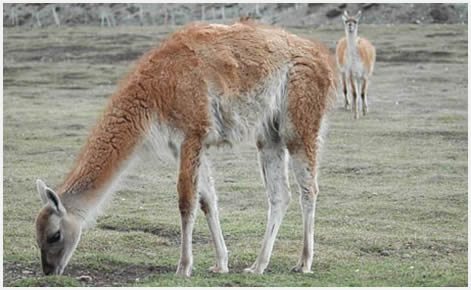 As we toured the premises Jorge walked us through the different stages of development during the year. We saw males incubating in their nests, learned about the mating season and the care of the young while enjoying Jorges pleasant demeanor. In partnership with Estrella for years, they have also been conducting research on other birds, rhea relatives, to establish similarities and differences. That is why they added a pair of Australian emus and one of African ostriches.

Greater rheas are sociable and have become used to visitors. We loved feeding them grain and grass and they even seemed grateful.

"The difference between this project to artificially breed ratites (emus, ostriches and rheas) and others Chile is that we do not take the fertilized eggs to be artificially incubated, but let the male incubate them and raise the chicks until the onset of winter, our host explained. 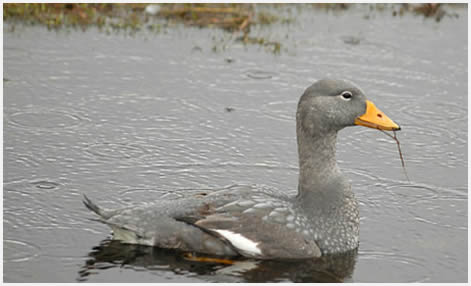 There were many other visitors in the park, in no rush though eager to learn more. It was their earnestness that drove Jorge to include other interesting activities such as shearing, where you can learn the southern technique.

Food has its rightful place on the estancia. Patagonian barbecues, hot chocolate and homemade bread are served by Estrella in a cozy patio, ideal for a friendly conversation.

We took some snapshots by the rheas and their chicks before returning to Punta Arenas. Wild rheas have inhabited Patagonia for a long, long time and now they have found a home, food and care.

Ñandú Park is located 54 km from Punta Arenas on the road to Puerto Natales. Take the turning to Río Verde for 6 km.

from Mondays to Sundays and on holidays from 9am to 7pm.

Do not miss the chance of tasting the homemade chocolate prepared by Estrella, a real elixir for the palate.