The Sea in the Background

A tour around the main local sites that reflect the past and the present of this southern city. 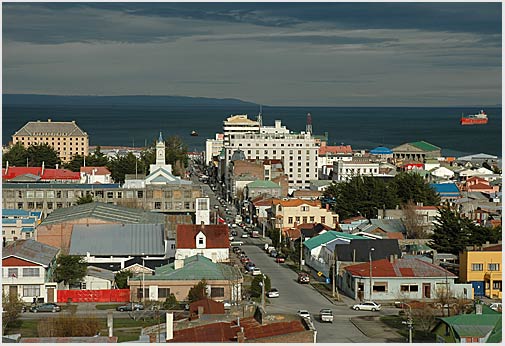 Always with the blue Magallanes sea as an escort, we started this city tour that shows the most emblematic points in Punta Arenas.

The starting point is the Muñóz Gamero main square, where the monument to Hernando de Magallanes (faithful representative of the colonizing conception) stands out amongst the ancient tree grove. The sculpture rises over the image of the sélknam (onas) whose foot, according to the legend (even though it is quite a paradox), has to be kissed by tourists so that they may return to Punta Arenas.

The houses around it are owned by the best-known families in the region, those pioneers who made fortune with the exploitation of sheep-cattle. The Braun Menéndez, Montes and Stubenrauch Palaces and the Blanchard Residence are constructions built around 1892 and they feature an architectural style that goes from Neoclassicism to early Modernism. 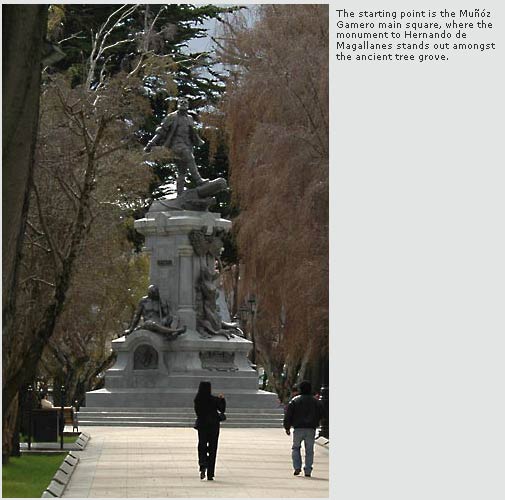 Getting away from the square towards the North, on Colón Avenue and Arauco Street, stands the Mount La Cruz panoramic point. It offers a beautiful view of the city, with its colorful roofs spreading up to the strait and showing a view of Tierra del Fuego, Mount Sarmiento and the southern area of the Brunswick Peninsula.

After beholding this wonderful landscape from a certain height, we went down Colón Avenue towards Costanera Avenue (the seafront). To the South, visitors may observe some ancient ship hulls, including the Lord Lonsdale English Frigate, whose sign reads: Homage to the sailors of all nationalities who crossed the Magellanic sea and made it possible to get to know the region better and colonize it. By the port, the Muñóz Gamero pontoon shelters other vestiges of the boats that reached the region. 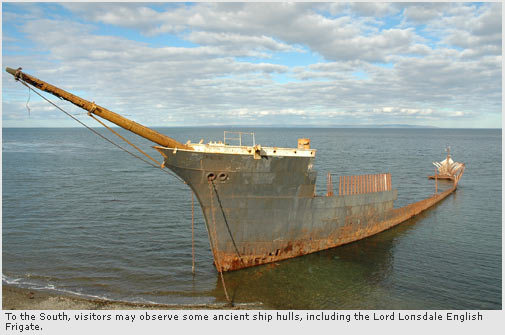 As visitors walk on along the seafront, they reach María Behety Park, which offers several recreational areas ideal for a picnic and some lagoons that are frozen in the winter and used as ice skating rinks.

Back on the seafront, at the height of Independencia Avenue, we can go up heading for Mount Mirador, where the ski resort is located. Situated on the border of the Magallanes National Reserve, the Punta Arenas winter resort is one of the few privileged venues featuring trails with a view of the sea, the Strait of Magellan and Tierra del Fuego. It offers 11 trails specially conditioned for various levels (some of them laid out across the forest), lifts and a kind of snow that, due to the wind and the environmental characteristics, acquires special features for skiing.

Finally, from the top, the entrance to the Strait, Dawson Island and a part of Otway Inlet may be observed. 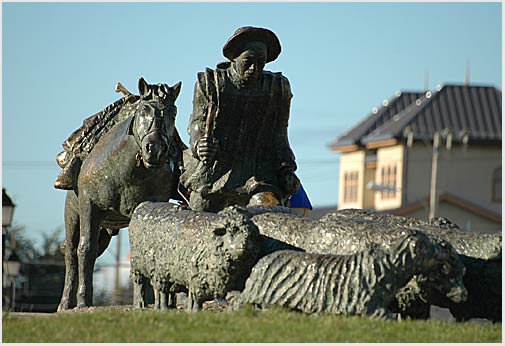 take your time to visit all the city museums; there is a great heritage collection that reflects the origins of the Magellanic region.