Declared national monuments, these residences give testimony of the past of two pioneer families in Patagonia. 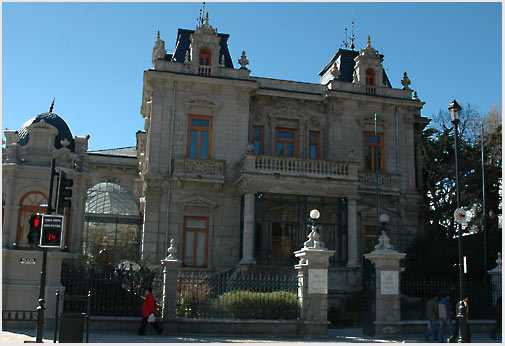 Like in every city that began to grow from the main square outwards, the buildings with the highest historical and architectural value were raised around this space.

Declared national monuments, the past of these mansions built in the XIXth century and early XXth century is closely tied to the origins of settlements in the southern region. 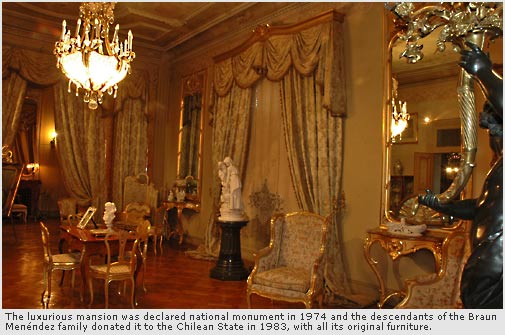 Sara Braun, the landlady, arrived from Russia and married a visionary Portuguese businessman -José Nogueira-, who was one of the pioneers in sheep cattle raising and founder of the Sociedad Explotadora de Tierra del Fuego. After being granted one million hectares in the Magellanic area, Nogueira died of TB at the age of 48 and left Sara a large fortune which she knew quite well how to maintain and manage.

In 1895, the beautiful and powerful widow finished building the palace her husband had requested five years before from the French architect Numa Mayer. All the materials, pieces of furniture and style details were shipped from Europe. 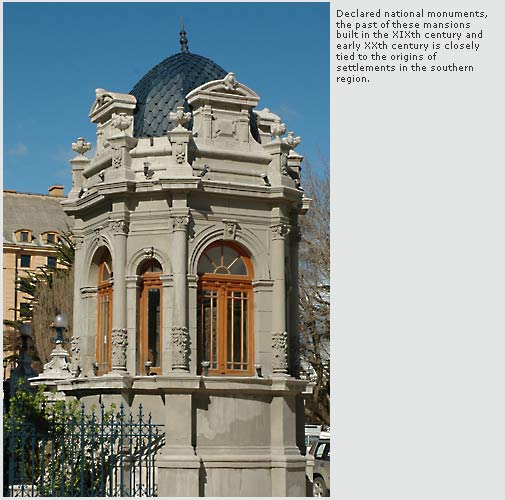 Eventually, in 1905, it was finished. It is a two-storey building with an exquisite façade and a winter garden with a metallic structure.

Just like Sara, Mauricio Braun, married to Josefina Menéndez, had his house built by a French architect. In this case, it was Antoine Beaulier who would design the palace back in 1903 and have everything shipped from the old continent following the trend of those days. 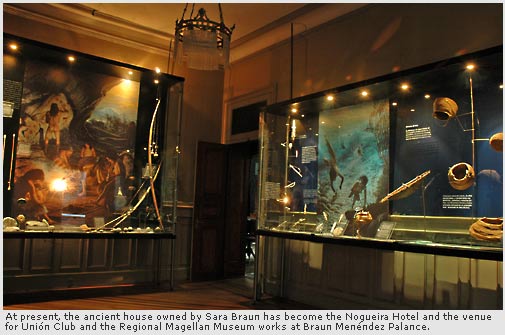 The luxurious mansion was declared national monument in 1974 and the descendants of the Braun Menéndez family donated it to the Chilean State in 1983, with all its original furniture and ornaments.

At present, the ancient house owned by Sara Braun has become the Nogueira Hotel and the institutional venue for Unión Club and the Regional Magellan Museum works at Braun Menéndez Palance. 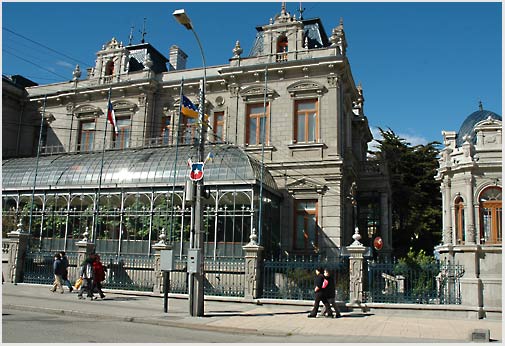 the small and exclusive Nogueira hotel has worked at Sara Braun Palace since 1992. It remains intact with all its pomp. The King of Spain, Juan Carlos de Borbón, stayed there during his visit to Punta Arenas in 2004.