In the remote past, the search for new land and treasure attracted pirates, buccaneers and corsairs to the region. 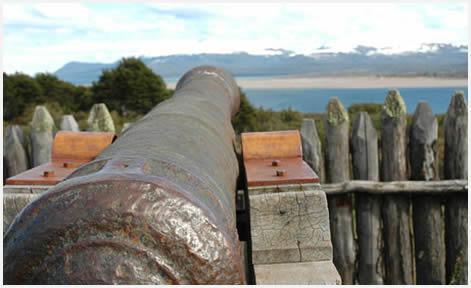 Close to Punta Arenas, Fort Bulnes is a museum which introduces us to the lives and tales of foreign seamen who attacked Chilean territory. It was built in 1843 to lay claim to the Strait of Magellan.

A highly entertaining outing led us to this stronghold. Early on a misty morning, we headed south along the Panamerican Motorway lined by evergreens. 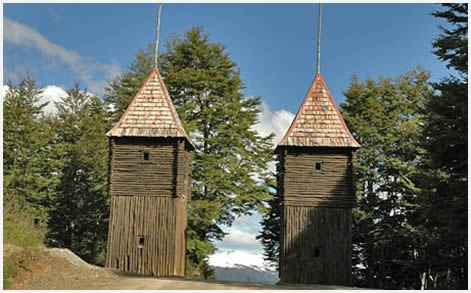 We drove along the coast and were delighted to see the skeletons of old wooden ships which had braved the waves and winds until they were finally wrecked. During the remainder of the trip, our guide told us about local events and legends.

Long, long ago, Ferdinand Magellan had discovered the strait which was named after him, connecting both oceans. Later, seamen such as Drake, Cavendish, Sharp, Davis and Strong sailed the area for their own benefit or that of the sovereigns they worked for. 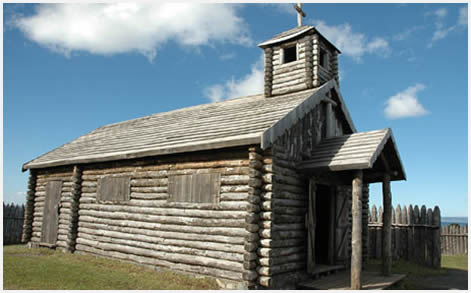 When we had covered 51 kilometers, we reached a monolith marking the equidistance between the South Pole in Antarctica and Arica, Chiles northernmost city. We then turned left towards Puerto Hambre on the coast of Bahía Buena.

According to historical reviews in 1584, Sarmiento de Gamboa, a Spanish captain, founded a settlement named Rey Don Felipe. However, the colony had a tragic destiny as its inhabitants all perished due to the harsh climate and lack of water and supplies. When Thomas Cavendish, an English pirate, found the remains of the old village, he renamed it Puerto Hambre (Port Famine). 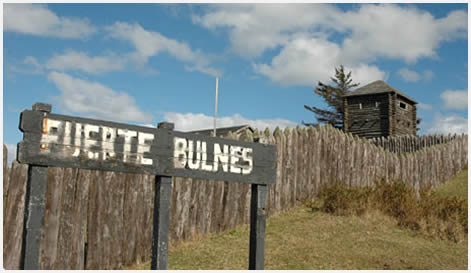 Despite its ominous name, it is a beautiful place which we left behind to retrace our steps back to the monolith. We then followed the signs to the stronghold. Our guide readily answered our questions about daily life in that desolate spot.

In May, 1843 an expedition from Chiloé Island under the command of Captain John Williams arrived to lay claim to the Strait of Magellan. His schooner, the Ancud carried 23 people, including 2 women. The same year, in October, he founded a fort which he named Bulnes on Santa Ana, a rocky hillock, in honor of President Bulnes, who had commissioned the voyage. The building was made of wood from the surrounding forests, cut down with axes. Its purpose was to keep foreigners from laying claim on the land. 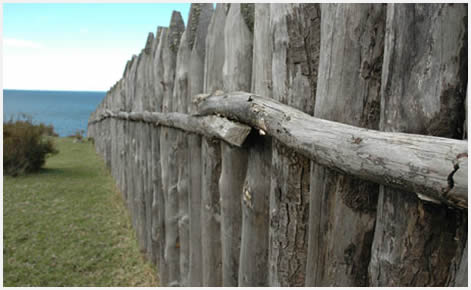 Proof of the first Patagonian settlements, it ended much the same way as Puerto Hambre though in this case, having undergone misery, its inhabitants moved to Punta Arenas. We visited a replica of the historical fort. Built of logs, like the original one, it has several barracks, an armory and a chapel. It stands alone, silent, buffeted by the southern winds.

A last look at its iron cannons was our farewell to this witness of long gone days when battle-strife was so common.