Across the Bay Waters

As the watercraft slides softly on the sea waters, a new environment is unveiled, along with its history and detailed information of life in this district. 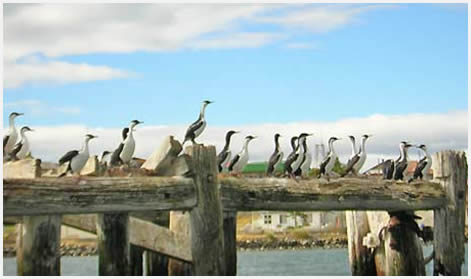 Última Esperanza Sound in Puerto Natales has a life of its own. Countless boats cover different circuits across it to reach various destinations. One amusing ride takes place off the city shore.

We had half a day free and resolved to go on the boat tour recommended by the hotel staff. We set out at the official pier heading south across Señoret Channel. We were soon captivated by the scene. As we got past the fishing boats dock, we could observe the endless work done by seamen. Among nets and ropes, their hands capture the fruit of the sea every day.

The boat changed direction onto the opposite littoral, on which several cattle ranches lie. We caught a complete glimpse of the urban area, where Mount Dorotea and the simple but imposing architecture Costaustralis Hotel on the beach stand out. 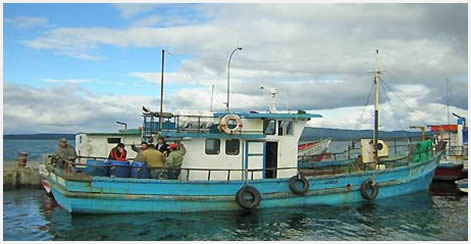 We changed our path again to see the fjords towards the north. We left the coastline behind and the scenery turned wild. We made contact with the birds that nestle in natural spaces of extreme beauty. Ducks, gulls, black-necked swans and cormorants hovered over our heads as if they wanted to know who we were.

As the edge of Última Esperanza Sound was left behind, we could appreciate Paine Massif and Mount Almirante Nieto. The boat stopped for a few minutes for us to behold the majestic Torres del Paine, which stood before us making the rest of the landscape go unnoticed. We were thankful to see them as they are sometimes covered by loud clouds.

As we got past Puerto Bories, we were shown the abandoned facilities of what used to be the largest slaughterhouse in southern Chile as from 1913. We landed and paid a visit to the Sociedad Explotadora de Tierra del Fuego Museum That was the name of the industrial complex.

After that stop, we retraced our steps back to port. We were served a hot beverage (coffee or hot chocolate) and some pastries, courtesy of the crew.

As we took this ride in the afternoon, we had the pleasure to see the sun set on the fjords, bathing the sea scene -including us- with its magical orange hues. An unexpected very subtle ending for a memorable day at sea. 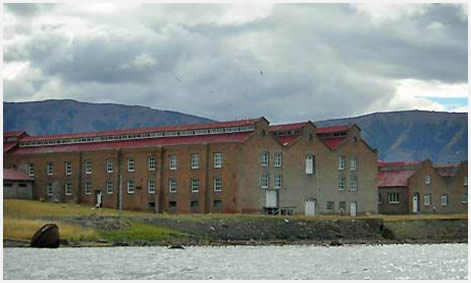 Wear warm clothes, as the weather conditions vary every second in these latitudes. It is also necessary to wear UV sunglasses, sun protection and cocoa butter for the lips.

« Back to Outings in Puerto Natales y Torres del Paine