These objects have been carefully preserved after they were discovered a few years ago. Specific studies have proved that they were produced by a very old civilization. 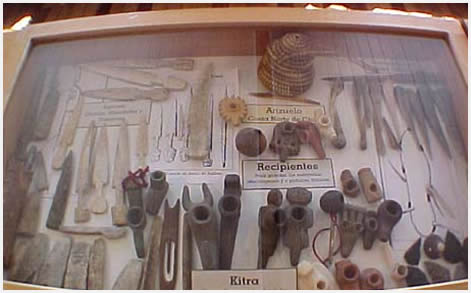 The Monte Verde Stone Museum has operated since the year 2000 inside a typically Chilean house. It was inaugurated after several decades of archeological research, which has certified the existence in the area of one of the earliest civilizations that settled down in America detected so far.

We visited the venue and observed each element found during the excavations. The carved stone was the first cultural development carried out by the dwellers of these Patagonian lands over 15 thousand years ago. As well, great importance is given to elements made of wood, bone and leather. These four items were used by the natives to make their daily utensils, weapons and religious symbols. The museum rooms treasure pieces such as scrapers, mortars, tranatrapihues, totems and other carvings that reflect their lifestyle.

The most amazing thing is the technique used on the materials available to make their tools. The former inhabitants of the area occupied today by Monte Verde used to be hunters and gatherers and they would use elements from the Valdivian rainforest and the sea habitat in order to survive. The excavation works performed in the zone have determined that this people managed to pitch their tepees with mastodon and paleo guanaco bones and leather. 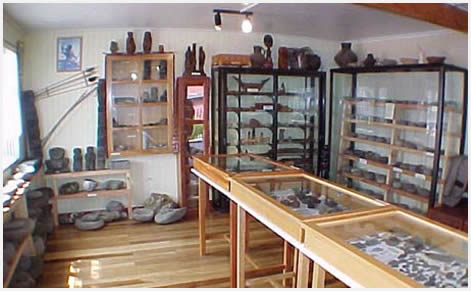 Everything we could read and perceive during our tour around the museum made us aware of the fact that the Monte Verde culture has not died. Its development continued with other manifestations during the Pleistocene and the late Holocene, some 8 or 9 thousand years later.

As we left the museum, we had the feeling of having taken part in a unique experience. The recovery of the relics kept by the museum has given way to a deeper knowledge of the origins of the settlements in this part of the continent. 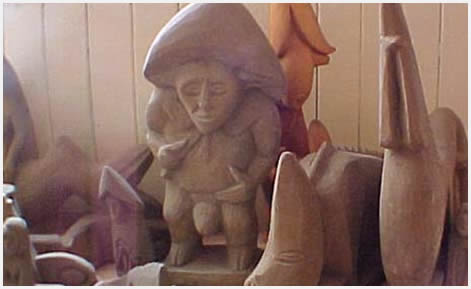