Speaking of Chile means speaking about its salmons. And today, the salmon industry has begun to be successfully considered by various tourist undertakings that have given it a leading role. 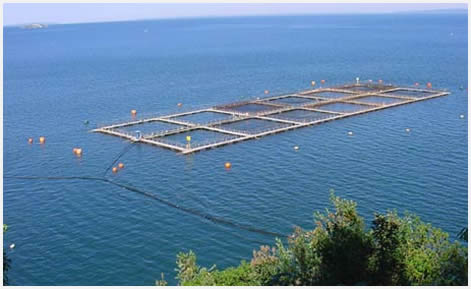 
In the last few years, the Aqua Chile salmon farm, one of the most important and prestigious in the country, and some local tourist businessmen have realized that the salmon industry has grown in parallel with tourism.

These indexes of growth have made these real factories of fish devote time, effort and space for tourists to have the opportunity of appreciating everything related to salmon and their world. 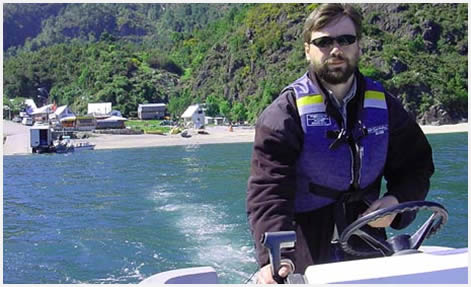 Thus, this tourist attraction begins at the city of Puerto Montt, combining the image of the beautiful Southern road with the surroundings of the Caleta La Arena, where some of the most important Chilean salmon farms are located.

Quaint little towns such as Pelluco, Coihuin, Quillaipe, Metri, Lenca, Chaica and the Reloncavi Estuary itself, contribute with their colors, stories and flavors to a tour that gives us knowledge of aquiculture as well as about the daily routine of anglers and countrymen, surrounded by nature plenty of flora and fauna.

Fossilized alerce forests that may be appreciated with the low tide, round and straight rocks thrown to the surface by some volcanic eruption and dozens of people collecting seaweed are the scenes that we can see as we travel the 47 kilometers joining Puerto Montt and the Caleta La Arena, where the salmons eagerly expect the arrival of visitors. 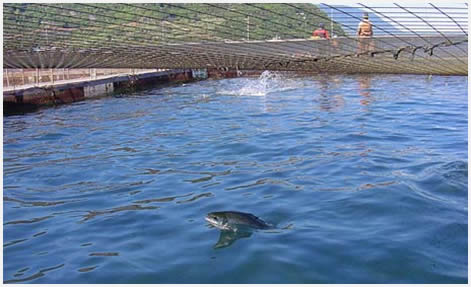 
As we reach Caleta La Arena, the landscape mingles the granitic mountain range packed with vegetation and the blue sea, turning this site into part of a wonderful postcard. From there, a big launch ready for the excursion awaits visitors to transport them to the platforms located in the sea and towards nearby sea lions colonies.

Getting to the platforms will take only a few minutes of navigation. Once there, hygienic measures will force each of the tourists to wear a kind of polyethylene stockings over their shoes before they step on the platforms so that no disease can be transmitted to these magnificent fish.

Then the matchless show begins. Thousands of adult salmon get fat, jump, play, show their flutes and swim at incredible speed from one end to another inside their cages. And they do this so naturally that at times it looks as if they were not in captivity. 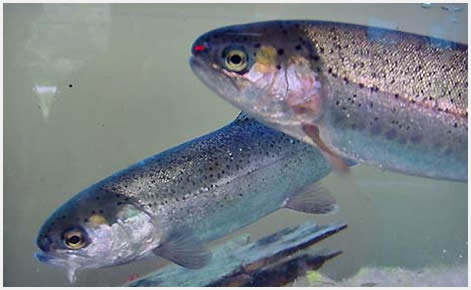 Even if they themselves suspect that an untouched, new wild world waits on the other side of the net, they know that if they manage to cross that net, freedom will represent a real danger.


Santiago Vidal began his studies in aquiculture engineering but there came a point in his life when he realized that he was interested in tourism and, of course, in his friends, the salmons. Thus, apart from being an excellent tourist guide and a connoisseur in the entire area, he began to outline, together with his partners and the authorities of the salmon farm, what today is considered one of the tours with the highest tourist prospects in the Lake District.

He says that life in the salmon farm has its own codes. One of the main dangers threatening the salmon is the visits of the sea lions that dwell the nearby natural colonies and know that there are salmons here. If one of these animals managed to break into one of the cages, they would certainly have a feast. Therefore, it is necessary to protect the salmon both under the water and on the surface. That is the reason for the nets.

But even though all the safety measures have been taken, once in a while there are salmons that escape. It is paradoxical that these fish bred in captivity continue to prowl around the cages when they realize they are free, as this is the way they get food and can remain near their peers. Life in groups seems funnier for them than loneliness.

The knowledge about flora and fauna, the sites, in addition to the anecdotes and the images caught by our eyes make this tour be recorded in our memories. 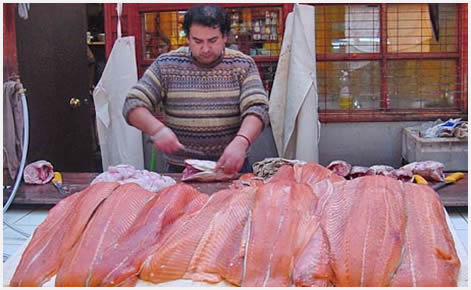 And logically, this ends up in the tasting of some salmon dish of the varied range offered by the Chilean gastronomy, where this fish is the protagonist of the most exquisite homemade empanadas, hot dishes and even the famous and popular Chilean curanto.

To be arranged with the people from Sur Marino. Morning excursions, half-day excursions or all-day trips can be made.

Bring your photo camera: these are really beautiful sites. Sea navigation to the platform is pleasant and only takes a few minutes. Therefore, it is not an impediment for those who are somewhat afraid of water or getting on board a craft.