Towards The Border Across The Hua Hum Pass

An amusing tour towards the City of San Martín de los Andes, in Argentina, that includes navigation across Lake Pirihueico, with beautiful mountain range sceneries. 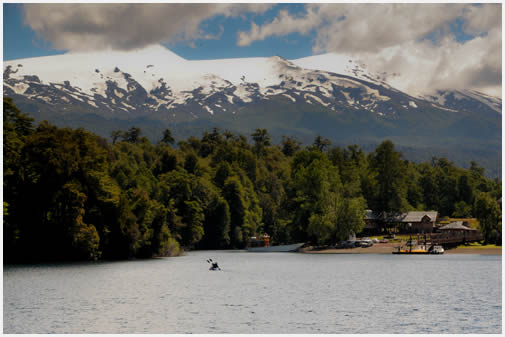 After visiting the City of Panguipulli and its surroundings, we left very early towards Argentina to tour around the Patagonian lakes on the other side of the border. This time, we resolved to cross through Port Fuy, on the shores of Lake Pirihueico. To get there, we bordered Lake Panguipulli towards the Southeast along Route 203, for about 55 kilometers. The quiet hamlet had not welcomed the ferry yet and, as we had some time to spare, we sat at the pier to enjoy the view.

The Pirihueico, which in the Mapuche tongue means snow puddle, is a lake of volcanic origin surrounded by lush vegetation from which the Choshuenco Volcano stands out.
Shortly afterwards, we spotted the Hua Hum ferry, which was getting along the water mirror. After docking and letting the cars down, those of us who were waiting on this side began to queue in order to get on with our vehicles. Once the ferry was ready to set sail, we headed for the deck to enjoy the ride. 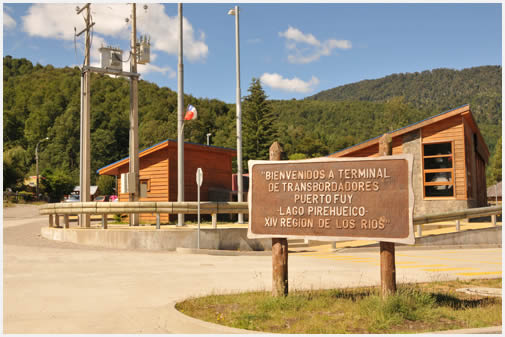 The weather was not nice but we had to navigate for about an hour and a half across this attractive lake which lies peacefully on the mountain range, with unspoiled forests that cover the hillsides and provide a very picturesque frame. In other times, it was a significant way of trans-Andean communication and for more than 30 years, it was barge Mariela which crossed it, carrying both locals and tourists who chose to go on this tour.

Farther ahead, we came across the narrow strait joining Lake Lácar and Lake Nonthué. Very close, in a precious bay sheltered from the wind, lies the Nonthué primitive camping site and, a short distance away, stands Yuco, a beautiful site to spend the day, with small sandy beaches on the shores of Lake Lácar.

On the Argentinian Side

Once on the other shore, we headed for the Customs Office in order to carry out all necessary proceedings to cross into Argentina. A short distance away stands the international milestone, where the Christ of Peace, carved in raulí wood by the dwellers of Easter Island, is displayed. A new stop, this time at the Argentinian Customs Office, and then we continued along the road across the leafy forest. We passed by Hua Hum Inn, a restaurant and coffee-shop with a pier where the lake excursions leaving from San Martín de los Andes dock. 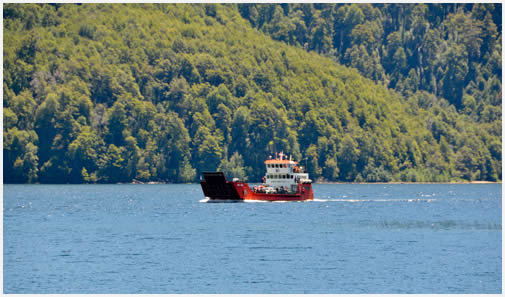 We traveled along National Route 48, a rubble road full of bends that passes through the area known as Pampa de Trompul. There, the rock bearing the same name is seen a little ahead. According to the Mapuche tradition, this rock formation, located 800 m.a.s.l., thunders strongly over the valley when it is about to rain or snow.

Eventually, after driving for 45 kilometers, we arrived in San Martín de los Andes, one of the main tourist centers in Northern Patagonia and the starting point of the Seven-lake Road. 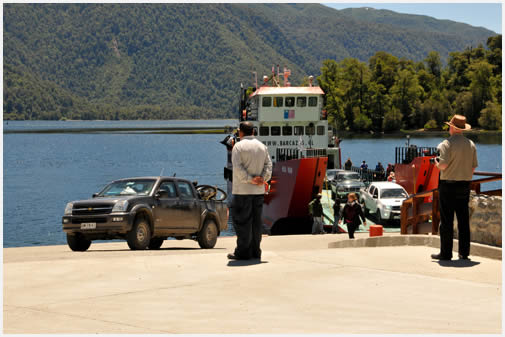 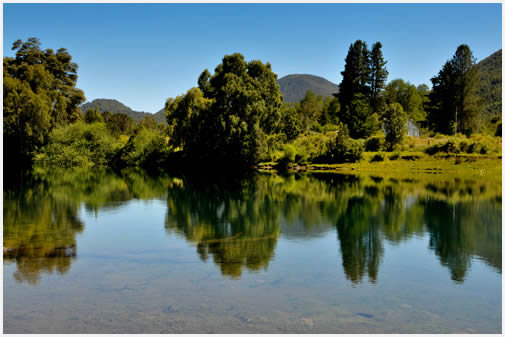 The pass is open all year round but the ferry works at different hours according to season and weather conditions. The reservation system by phone works from 9am to 12pm.

Remember that there is usually one hour difference between Argentina and Chile, depending on the time of the year. Like in the other passes, it is forbidden to cross food and fresh vegetables.

« Back to Outings in Panguipulli