More Lives Than a Cat

We speak about Angol, a city destroyed and rebuilt seven times. In spite of its history, it is still beautiful. Today, it is the capital of the Province of Malleco. 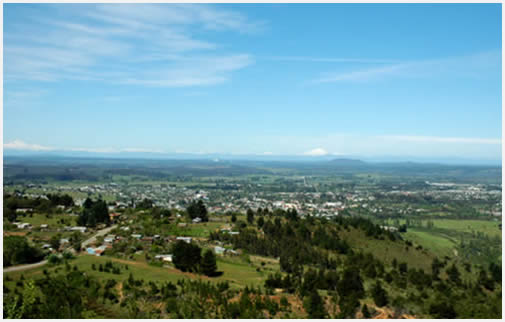 According to popular legends, cats have nine lives. If we were referring to cities, this would apply to very few of them along history which have used several of their lives to remain standing.

The truth is that 62 kilometers away from Los Ángeles stands a city with a very rich history: its name is Angol, meaning to go up on all fours in the Mapuche tongue.

We might say that the reason for its constructions and reconstructions, the raids and the resistance was its strategic position in the map. From October 24, 1552, ordered by don Pedro de Valdivia, until December 7, 1862, ordered by don Cornelio Saavedra, the struggles between the white men and the Mapuches delayed the moment in which the decree by which it would become a city was finally passed. This label was granted by the national government in 1871, when it was officially declared the City of Angol. From that moment on, and when the railway coming from Santiago joined it to the rest of the country (1876), the city would not stop growing. 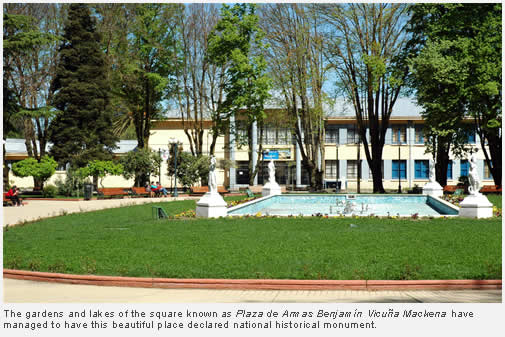 Today, peace rules at Angol after many years and much experience. Its present population reaches approximately 50 thousand inhabitants who perform forest and agricultural activities. Its cultural and historical heritage may be appreciated as we walk along its streets, talk to its people or get deep into some of its museums or historical buildings.

The Dillaman Bullock Museum, located at El Vergel tourist resort, was founded in 1961 and it houses archeological, natural and historical vestiges with important Mapuche collections.

Another museum worth visiting is the Angol Historical Museum, which shelters photographs and historical documents about the city, from the times of its foundation to this date. 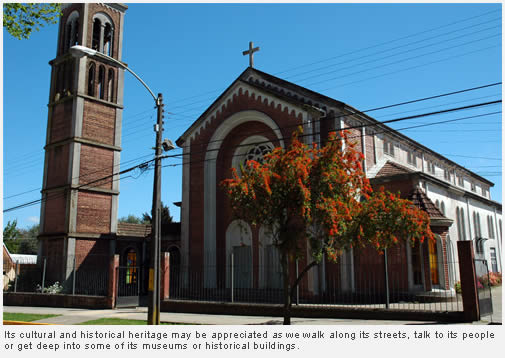 The square known as Plaza de Armas Benjamín Vicuña Mackena is another typical postcard from the city. Its gardens and lakes, along with its sculptures, have managed to have this beautiful place declared national historical monument. The author of such work is don Virginio Arias, who has wanted to show the five continents through his work.

The San Buena Ventura Convent, which was built in the XIXth century, is another attraction preferred by visitors.

On the way out of the city, it is possible to reach the Deuco quarries, watered by the Malleco River and turned into real oasis during the summer. This place also invites visitors to approach the Nahuelbuta National Park, one of the many treasures hidden by this precious community. 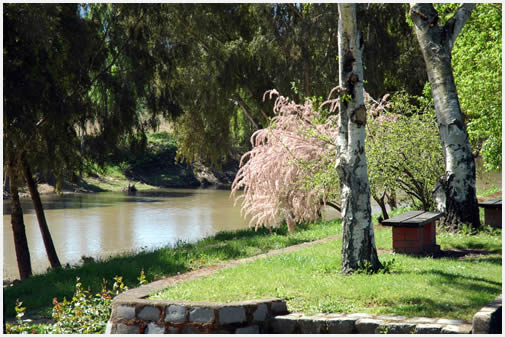 Angol is known for its traditional celebrations, including the Brotes de Chile Festival (folklore competitions), the official Rodeo Festival, the Gastronomic Show and rural events such as the Vegas Blancas Traditional Encounter, where singers from the surroundings of the Nahuelbuta National Park display their art.

« Back to Outings in Los Angeles