Petrohue: A River with Steps

Nature in its pure state and the perfume of the environment are part of the scene where Petrohué Falls show off their best profile. 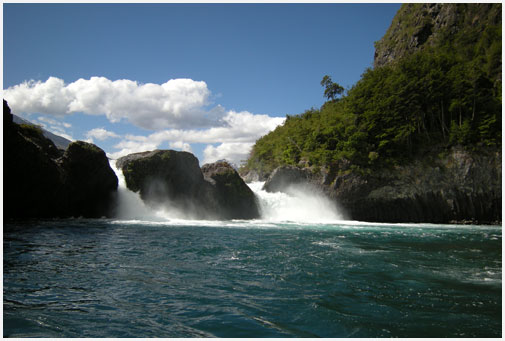 One of the classic tourist circuits close to Frutillar leads to Pérez Rosales National Park and its Petrohue River, famous for its strong melodious waterfalls. Lake Llanquihue is to be bordered so as to reach this location.

While staying at a cabin in Frutillar, we set out towards the City of Llanquihue bordering the coast. This was our close encounter with that huge water body and the Osorno Volcano, which would not leave us during the entire tour. Once we reached that quiet district of green meadows, we had to spot the South Panamerican Road in order to reach Puerto Varas.

As we got out of the car at this emblematic city, we went for a walk along the lakefront. It was a lively place where both locals and visitors gathered. A short tour around its streets showed us the European style buildings with neat gardens and plenty of flowers. We went back to the shore to take the Route towards Ensenada, leave behind the urban area and head for the Valdivian rainforest. 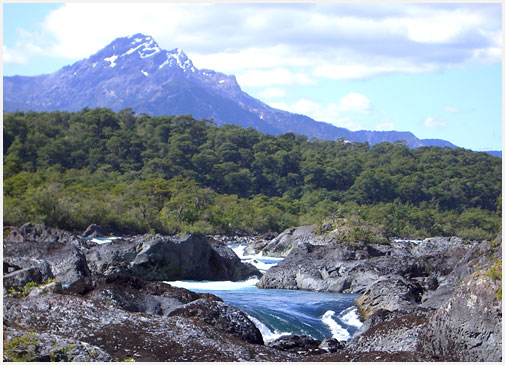 We took the opportunity to make several stops at some of the beaches, including Niklitscheck and Hermosa. Visitors are bewitched by all these havens. A few kilometers ahead, we crossed a bridge and saw a spot where boats and canoes may be hired on the right. That is also the access to La Poza, a water spring amidst the rainforest which in turn lodges Loreley Island.

Later on, we got past Venado Beach, famous for its fine sand. Afterwards, we spotted the Pescado River, where angling enthusiasts are delighted by salmon and trout fishing. We stopped to take some photographs of the chapel made with Patagonian cypress tiles and the watermill formerly used to grind wheat. 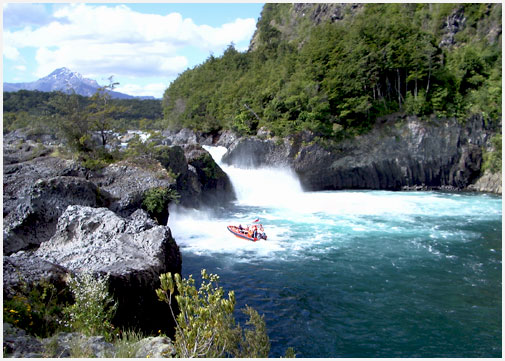 When we finally faced the falls, we stood there for a while, astonished by the roaring waters that would never stop. The cascade is made up by several steps of basaltic rocks from the Osorno Volcano. They lead the waters of Lake Todos los Santos towards the Petrohué River. This scene emerged after a volcanic episode, when large masses of lava were joined by vitreous material.

The waterway is surrounded by lush vegetation and its volume increases during the rain season. This is a fantastic view and it is totally worth traveling so many kilometers to get to this attractive nook in southern Chile. 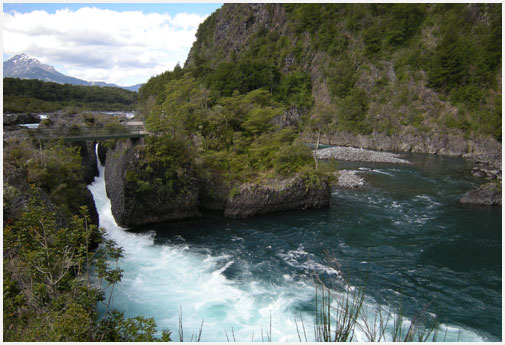 It lies 130 kilometers away from Frutillar; in Puerto Varas, take International Route 225 towards Ensenada.