Every hall, every room and every household item on display is a symbol of daily strife in those long gone days. 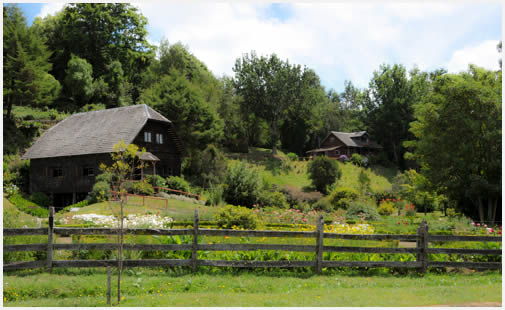 Located on a hillock, The German Colonial Museum recreates the typical layout of an estancia in the middle of the 19th century, when German immigrants settled in Frutillar.

The gardens, as well as the five buildings with wood shingle walls, overlook the lake. A walk among aged trees and colorful flowerbeds led us to each of the buildings we visited.

The one nearest the entrance is called La Llavería, the key house, and currently houses the administrative offices.

Next is an old mill which used to stand on the lakeshore. The wheel was set in motion by water flowing through a wood canal and this in turn powered big stone grain grinders. Thanks to this iconic machine, pioneers managed to get a basic staple of their diet. 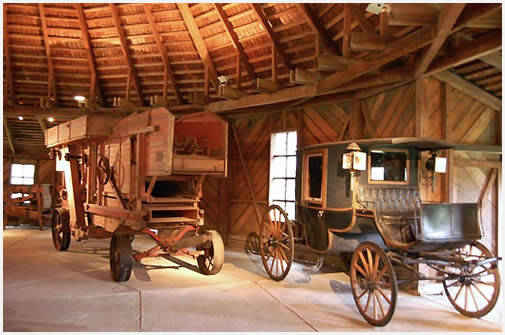 A little further down the path is The Forge where you can have a close look at the tools and machines which were essential to agriculture. The blacksmiths lodging, where he lived with his family, was next to the workshop. The forge, anvil, chisels and metal hoops are but some of the tools attesting the hard work carried out in olden days.

The round barn was called The Belfry and was used to store sheaves of wheat. As it rained heavily during most of the year, crops were threshed indoors. Agricultural machinery and household utensils are also on display there.

The main house, built in 1889, stands on higher ground and is a clear example of the wealth German crop farmers achieved. We walked through the huge rooms, including a music room, a conservatory and countless bedrooms and bathrooms. The enormous kitchen, where original utensils can be seen, appears to have played a key role in domestic life. The furniture was brought over from Europe by the pioneers themselves. 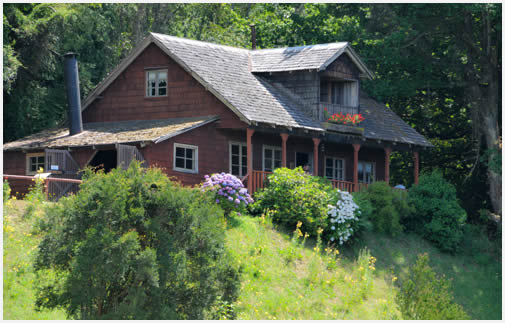 The museum as a whole pays homage to the German settlers who arrived in the middle of the  19th century and eventually built a progressive town on wet land by means of consistent hard work. The Universidad Austral de Chile designed the buildings and, with the support of the German government and the local Town Hall, built a crop farm much like the original ones.

Visiting the museum paints a clear picture of the origin of Frutillar, in contrast to the lifestyle and  technology available today. 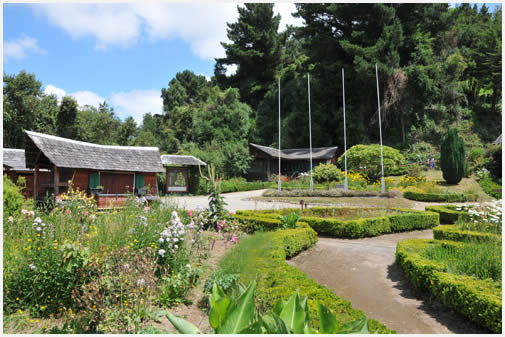 Located in the center of Frutillar, on Pérez Rosales Street

Vary during the seasons both in the morning and afternoon.

Ideal for families, so young children can see utensils and other artifacts used in immigration times and appreciate the hardships of daily life.