Going up the Cochrane River and the lake bearing the same name leads to the reserve where visitors may make contact with this deer while hiking along the local trails. 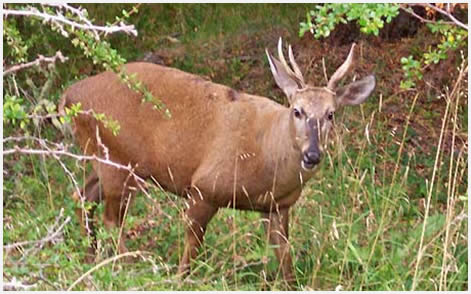 Visitors to the City of Cochrane will find Tamango National Reserve is a must visit. Located a very short distance from the urban center, it totally deserves a visit.

Just like the people who dwell in the coast area, we rowed alongside the river through the thick coihues on its bank up to the point where it empties its waters in the lake. We could not believe our eyes as we saw the transparency of the waters. Very green moss and algae stood out while small shallow rapids made us move slowly. We moored the boat at a berth.

Once at the access to the reserve, we approached the information center in order to see the best way to tour the area. The park ranger recommended a circuit and, in turn, informed us about the creation of the park in 1967. The huemul population that dwells in this park may be seen immersed in the natural environment where they are immersed and from the observation decks located at several points. 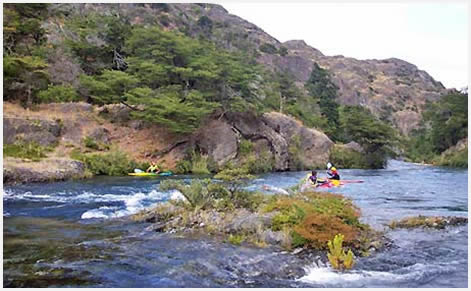 We walked along a trail that led us to a woods area made up by squat coihues, lengas and ñires which serves as a camping area. We were looking forward to seeing the huemules and spotted two of them at the top of a crag. We aimed at them with our cameras wishing they would not be scared and vanish. It was evident that they were used to visitors as they let us watch their elegance in movement.

Young specimens are usually seen in this area. When they grow up, they are freed to complete their life cycle in the wild. The bucks have two antlers and their body does not surpass a meter of height. Their average weight is 70 kilograms. Their coat varies from brown to golden with gray spots, according to season.

The information brochures we had been given said they were not the only species dwelling in the reserve. Foxes, guanacos, cougars, chingues, armadillos and vizcachas co-exist with the huemul. During our visit, we just saw huemules in different situations but always calm and enjoying the surroundings. 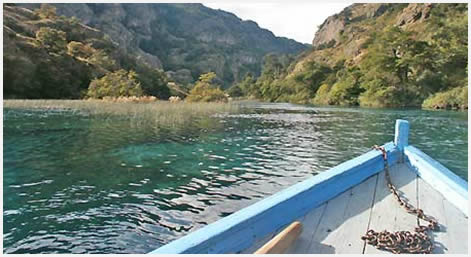 After having spent an afternoon at the huemul shelter, we resolved to go back to town to escape the wind and the cold temperatures of dusk. We carried with us the feeling of having been in a site where these endangered deer are guaranteed their species will survive.

2 hours approximately, with a 20-minute hike across the reserve.

Travel 6 kilometers northwest from Cochrane bordering the Cochrane River. Then take the detour to the pier where the boats leading to the reserve are boarded.

variable according to season.

During the fishing season, visitors may choose to combine both outings.

« Back to Outings in Cochrane