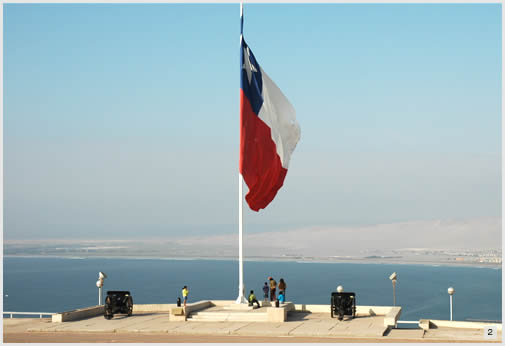 History goes that during the War of the Pacific (1879-1880) the morro de Arica was taken by Chilean troops in a heroic deed after only one hour of fighting against the Peruvian-Bolivian army. This historical feat took place in June 7, 1880 and ever since has marked the northern territorial boundaries of the country.

Today, over one century after such epic event, visitors only need to go up the almost 200 meters rising from the sea in order to behold the enormous City of Arica. Whoever hit the summit of this morro in those days would immediately gain control of the city. There were many casualties. In a matter of minutes, almost 2 thousand soldiers from both sides lost their life. 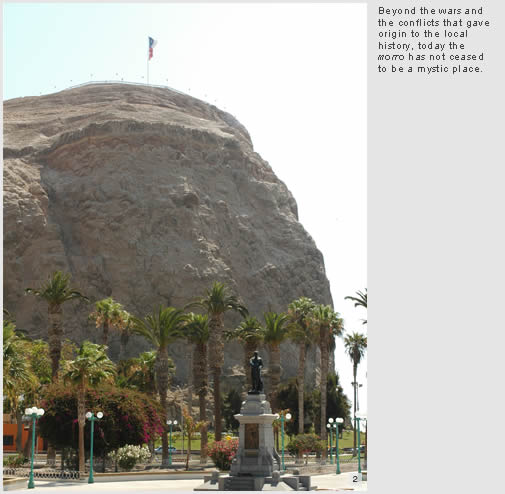 At present, the bayonets and the cannons are spotted at first sight as objects from the past, as well as the historical museum (settled on the spot which used to be occupied by the Fort of Arica) and the esplanade, from where the beauty of the city may be observed.

Sunset for the Romantic

But beyond the wars and the conflicts that gave origin to the local history, today the morro has not ceased to be a mystic place where hundreds of couples gather every afternoon to behold the sunset. 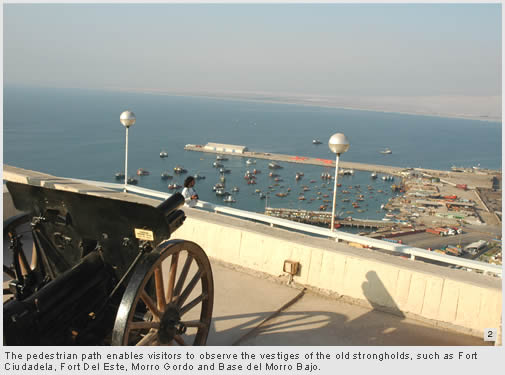 The very moment in which the sun sets on the ocean and drowns in the vastness of the deep blue waters of the sea is a ritual that manages to keep dozens of visitors from all over Chile and other latitudes from the world on tenterhooks for a matter of minutes.

Visitors who come by car must go up Sotomayor Street up to a large esplanade where they can park and get a majestic view of the city. Those who choose to go up on foot must go up the almost 150 meters of height along the pedestrian path starting at the end of Colón Street, indicated by road signs. 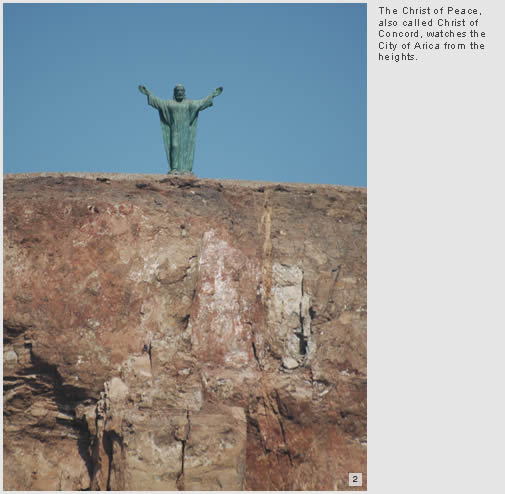 In that place, they may watch the vestiges of old strongholds, such as Fort Ciudadela, Fort Del Este, Morro Gordo and Base del Morro Bajo. All these sites were built by the government of Alto Peru and they were but defenses against the various attacks on the area, even pirate raids.

But what is most attractive to the eyes of visitors is the Christ of Peace, also called Christ of Concord, which with his two open arms invites viewers to think about peace above all nationalistic differences. With its 11 meters of height and its almost 10 meters of width, this beautiful figure watches the City of Arica from the heights and becomes a point of reference when it comes to getting deep into the narrow and shady trees of town. 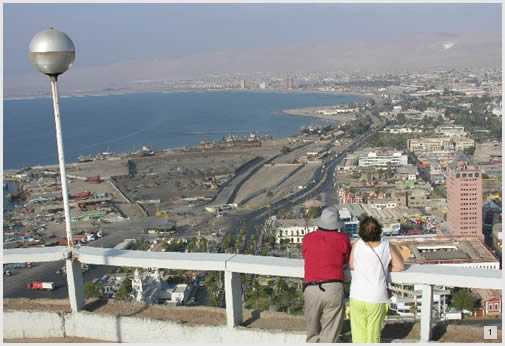 It may be climbed on a vehicle or on foot through a path specially designed for such purpose. The great attraction of the is its summit, which enables visitors to appreciate the huge city of Arica.

« Back to Outings in Arica