Both fishing and outings to unveil the secrets of the nearby isles are more than enough to venture out to open waters. 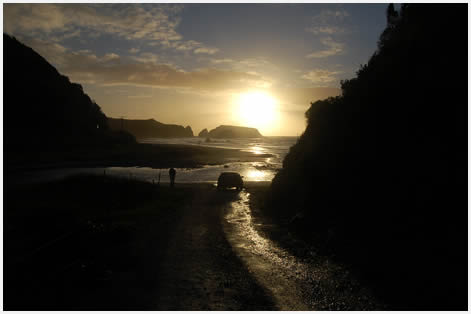 Lacuy peninsula, a few kilometers from Ancud city, facing the waters of the Pacific, makes an impressive mark on visitors due to its open beaches and islets populated by marine fauna and birds.

A side road led us to Quetalmahue, a small fishing town whose inhabitants gather seaweed, especially the one they call sea string. Restaurants offer typical dishes, made with the fresh catch of a sea side location. Its beaches and camp sites, ideal for bathing, ensure a different holiday.

Having heard about the marine animals in some of the isles and wanting to have a closer look, we contacted a fisherman to take us on his boat. We drove along the Pacific coast to Mar Brava (which stands for "rough sea" in Spanish), true to its name, while watching the huge waves forming a white foam wall out at sea. We visited Piedra del Run, a rocky promontory which makes a deafening sound when battered by high winds. 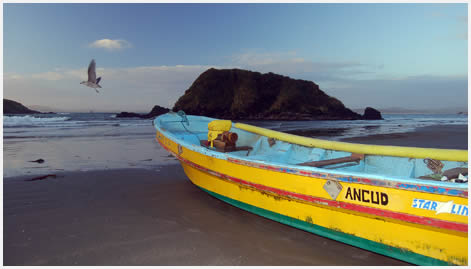 Although we were delighted by everything we were getting to know, the best was yet to come: the promised boat trip. When we finally met the right person, we headed south to Puñihuil, a spectacular bay with three isles and their penguin colonies.

We boarded the wooden boat and set out towards this natural treasure. Our guide pointed out an unusual phenomenon: the sudden swell of the sea. This happens when the waters of the bay and the Pacific Ocean meet.

The three isles at Puñihuil are populated by Humboldt and Magellanic penguins. Between December and March they come from afar and live together in harmony in this protected wild area, considered a Natural Monument. 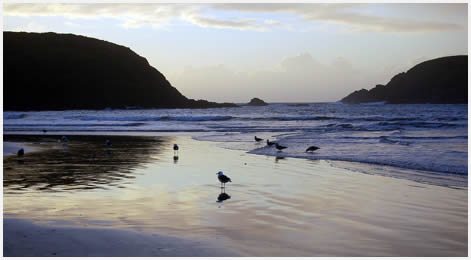 We walked round the beach of a small bay, getting really close to the penguins. However, as soon as we came too near, they would dive into the sea. We took lots of photos and noticed how elegant they were in the water and how clumsy they seemed when walking on the gravel.

We stepped back onto the boat to visit the realm of the sea lions. We circled the islet and saw hundreds of them basking on the rocks. This noisy colony seemed to communicate by means of raucous grunts and barks. We certainly did not expect them to be curious about us. When the boatman turned off the motor several of them swam towards the boat as if to tell us we were the strangers. A large number of sea gulls nested on the rocks as well.

We would have liked to stay there longer, but had to respect the tide. On our way back, we learned more about these sea colonies, protected first by Otway Foundation from Germany and later joined by the National Forestry Corporation.

While the sun set and the strong sea wind blew in our faces, we bid farewell to the three isles standing out in the horizon. It had been really worth our time.

From Ancud, go along the waterfront towards Lechagua(towards the Pacific Ocean) for 14 kilometers. Turn left towards Pumillahue and Puñihuil beach. Before reaching Pumillahue you can also take a road to Mar Brava beach (21 km from Ancud).

The boat outing must be arranged with the local fishermen.