This operations center for ancient trains pays tribute to a wide range of locomotives, from steam to electric ones. 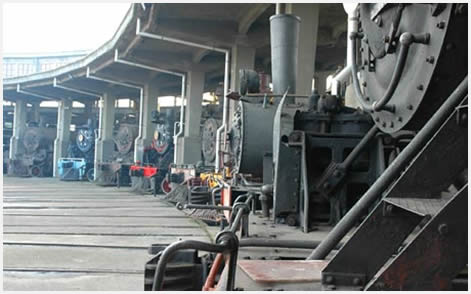 In Temuco, an on-site museum has become a great tourist attraction. Life on an essential means of transport for the economy of the region in the near past is reflected inside a venue formerly owned by the company called Ferrocarriles del Estado de Chile.

We traveled towards the northeast of the city to pay a visit to this valuable piece of heritage. Four buildings are comprised in the facilities: the Coal Bunker, where coal would be stored; the Workshop, where the locomotives would be repaired; the Managers Office, which now operates as art gallery; and the Locomotive Yard. 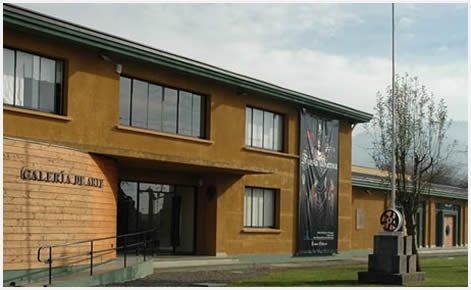 The latter may be the most famous part of the visit. Locomotives and cars that made up the trains that traveled the Chilean territory from north to south. Those relics have been restored according to their original features and have come back to life even though they no longer travel along the rails. Twelve steam locomotives, nine cars, two buscarril locomotives and a diesel electrical locomotive were the target of our cameras.

A guide told us stories about all of them and we heard the the most precious is the so-called ES Nº1 locomotive, which pulls a German car made in 1923. In 1954, this operated as the official car during the visit of Argentinian president Juan Domingo Perón.

Likewise, Chilean presidents Jorge Alessandri Rodríguez, Eduardo Frei Montalva, Salvador Allende Gossens and Patricio Aylwin Azócar traveled in that car. It also carried the poet Gabriela Mistral, who was traveling to Valparaíso to attend an official event, back in the 1950s. We walked inside this car, decorated with noble materials and covered with walnut roots. It has an integrated living-room and dining-room upholstered in black leather and two en-suite bedrooms. 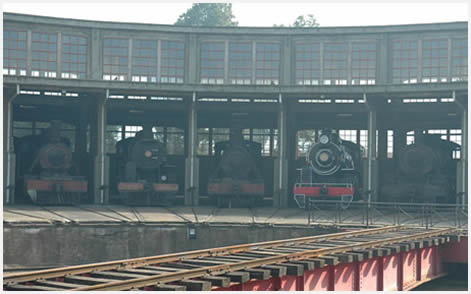 The Museum was inaugurated in February, 2004, when the hundredth anniversary of the poets birth was commemorated. Nerudas father used to work in the workshop and as an engineer. His book Confeso que he vivido (Memoirs) reflected his childhood spent among rails and locomotives next to his father.

An ambitious plan for the museum is to get these valuable pieces moving and launch a tourist steam train project. It would be known as Tren de la Araucanía and boast the same distinction it used to show off in the past.

The old railway station sered as an operation center for local development and it was declared National Historical Monument in 1989. At present, this is one reason for Temuco to take pride in and a pleasure for visitors. 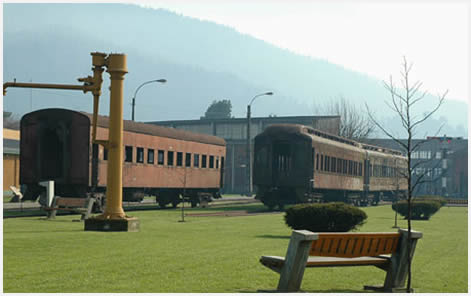 Go to the Northwest of the urban shell, in the area known as Pueblo Nuevo.

Check previously by phone as they change throughout the year.
Access is charged.