Culture and tradition are combined in the City of Santa Cruz to give the city a light of its own and enable visitors to enjoy its quiet streets and squares. 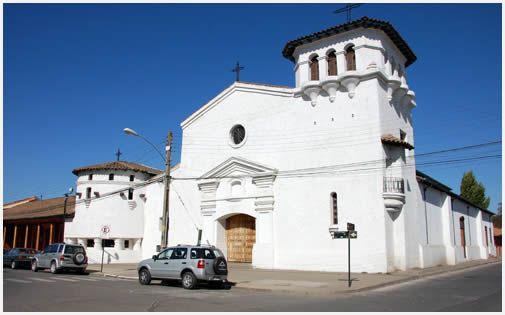 The City of Santa Cruz lies 45 kilometers Southwest of San Fernando and 168 away from Santiago de Chile. It is the cradle of wine in the Valley of Colchagua. Visitors may go on a long ride around the wineries that surround it.

Once we started walking down the city, we were surprised by the good constructions featured by this small urban settlement in the O'Higgins Region. Its center, like in all Chilean cities, has developed from the Plaza de Armas. The Town Hall building, the Parrish and Carillón de Santa Cruza, as well as a handicrafts market, surround the square. After a while, we chose some specific spots to see in detail. 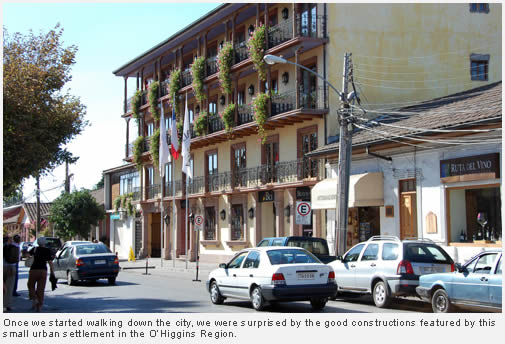 Featuring colonial architecture in most of its buildings, a significant number of events are celebrated in Santa Cruz throughout the year and represent motivating tourist attractions just like the visit to the vineyards and the wineries.

Folkloric and gastronomical shows, cueca composition contests (traditional Chilean music) and equestrian competitions complete the Vintage Festival, during which the dwellers of the entire region of Colchagua are present and Santa Cruz shines more brightly.

It presents and interesting hotel and gastronomical offer. Likewise, its silver work products, handicrafts made in wheat straw and teatina, carved stirrups and wheat straw chupallas (typical Chilean hat) are appreciated in the most ancient and in the most modern shop-windows alike. 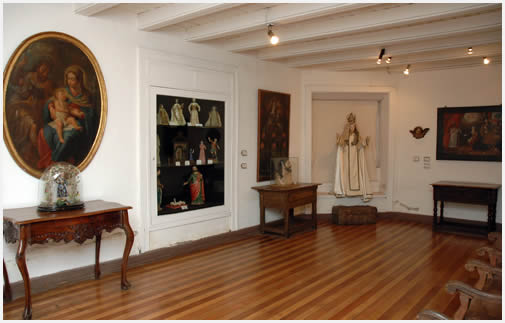 Our guides, just like everyone we met at Santa Cruz, insisted on going for a tour around the Colchagua Museum, which stands a few meters away from the main square or Plaza de Armas.

There we went trusting the advice we had been given. As we found ourselves in front of the entrance gate, we were impressed by the huge colonial building with very spacious inner yards and large exhibition rooms which had been very well prepared.

Circulation is based on cutting-edge museological techniques which make it easier for visitors to move about the museum. As well, they confirm the original layout ideas: accompanying the journey of man through history and showing the American reality in relation to world reality. 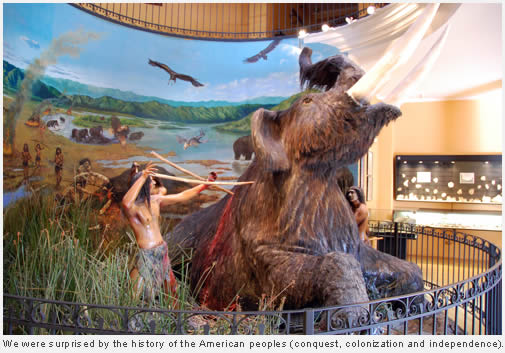 We followed that direction and got immersed in topics such as paleontology, archeology, Pre-Columbian art and liturgical objects. Afterwards, we were surprised by the history of the American peoples (conquest, colonization and independence). Another theme room that catches our attention reflects the life of the huasos (Chilean countryside man), the agricultural machinery, the carts and carriages, as well as the railway.


Being Part of History

As visitors stroll through the rooms and watch everything around, the passing of history is sensed at the same time it is left behind. It turns into the past. The stages of evolution of man till our day are experienced one after the other. 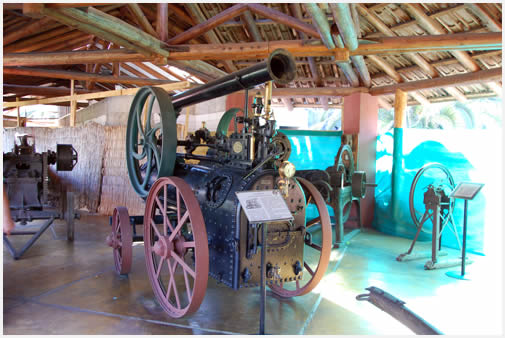 As a kind of farewell, we visited the gift shop, where local handicrafts are sold and we learned that the museum was created by the Cardoen Foundation and that it started with private pieces owned by a Chilean businessman called Carlos Cardoen Cornejo.

The contribution of traditional local families was added to this singular undertaking. This is the largest private museum in Chile, which also features a room for audiovisual presentations and an important library.

Feeling satisfied, we left this beautiful place where it is worth getting lost for hours on end. There is no doubt that this is a site to visit again at any moment. 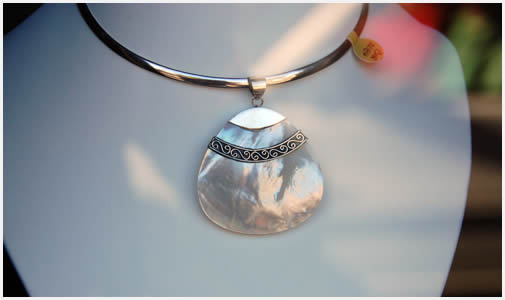 The museum is open all year round, from Tuesdays thru Sundays.