Real proud sample of the Salesian missions in the strait, the Maggiorino Borgatello Salesian Museum displays a profuse ethnological, archeological, historical and biological collection of the region. 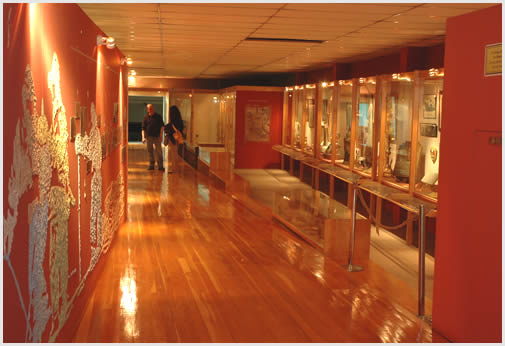 Back in 1893, the Salesian missionaries that had settled in Punta Arenas headed by Father José Fagnano resolved to create a museum that represented the valuable cultural and ecological richness of the region. Thus, this institution which was named after its first director -Father Maggiorino Borgatello- was created. Located on the corner of Bulnes Avenue and Bories Street, next to the María Auxiliadora Sanctuary, the two-storey building opens its gates for visitors who wish to learn about the past of this southern region. Until 1984, the museum would occupy a surface of 700 square meters, which was enlarged to 1,700 in order to include the entire heritage collection.

The varied exhibition is distributed into 4 levels which, in turn, are divided in sections, namely: ethnology, archeology, history and wildlife, to mention some of them. The objects and documents from the Salesian days, the handicrafts and tools made by the natives, along with the fossils and petrified animals from the area are also part of the display. 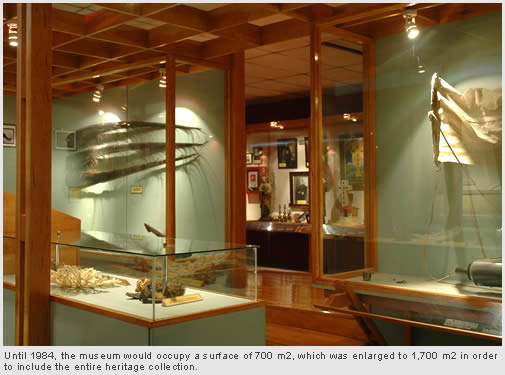 Legacy for the Future Generations

The Salesian order, which landed on Punta Arenas back in 1887, resolved to start digging the various cultural and social manifestations in the area so as to build a museum which would serve as legacy for the future generations. It would show the expressions and lifestyle of the native peoples, their environment and the colonization process.
Faithful to a meticulous task, the various rooms reflect the Ona, Tehuelche, Yámana and Alacalufe cultures, as well as the impact they suffered when the European colonists and pioneers arrived. At the same time, the museum has several areas devoted to the pioneers, including the times of the gold rush that marked the region in the late XIXth century. 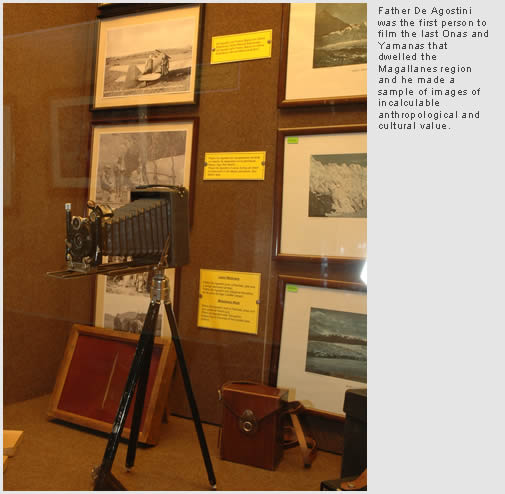 As expected, the significant work done by this Catholic religious order is displayed in the South of America. The collection of Father Alberto De Agostinis personal belongings stands out amongst the various testimonies. He was a photographer, an artist and a tireless explorer who became the first cartographer in Patagonia. 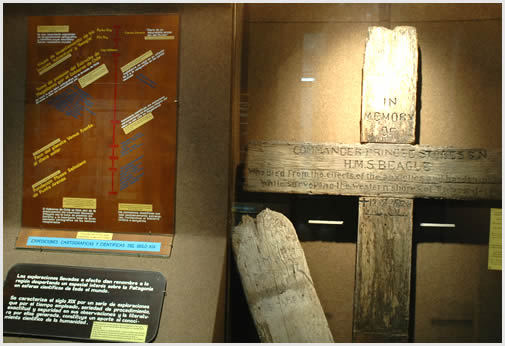 Print this outing
« Back to Outings in Punta Arenas