Lions and penguins at Punta Arenas

Penguins, sea lions and several Magellanic birds co-exist on islets close to the shore. Watching them is an amusing activity both for grown-ups and for children. 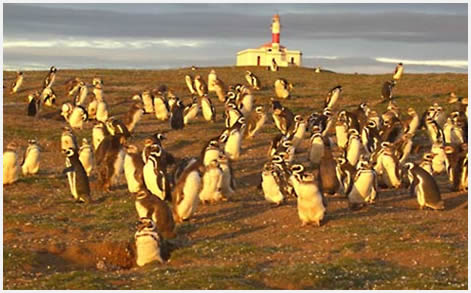 The Channels of the Strait of Magellan are the environment chosen by populations of the sea ecosystem of the region. Santa Marta and Magdalena Islands are visited during a tour that starts at the City of Punta Arenas, which shows the lifestyle of these animals.

Organized nautical tours start at the pier on Laredo Bay, a few kilometers away from the downtown. We got on board a Zodiac boat that can accommodate over twenty passengers and set sail towards the rough sea waters. We got past Isabel Island and then accessed Santa Marta Island, a natural sea lion and cormorant colony where Kelp gulls nestle amidst the rocks. 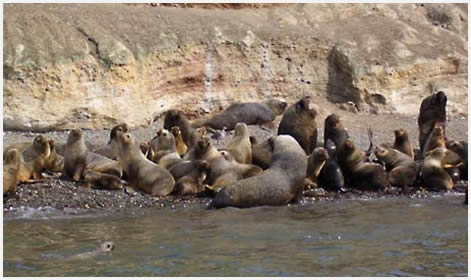 We sailed in circles to observe the beaches where the sea lions huge bodies lay sunbathing and enjoying laziness while the birds hovered above them.
We continued sailing towards Magdalena Island, where we caught a glimpse of Magellanic penguins. Ever since 1982, they have been considered Natural Monument, as an increasing number of couples of these sea birds has remained there between October and March.

The circuit ends with a visit to the lighthouse, an environmental interpretation center with an exceptional view. Inside it, visitors may learn about the history of the region and the ecologic importance of the groups of subjects populating the islands, including mammals and birds. 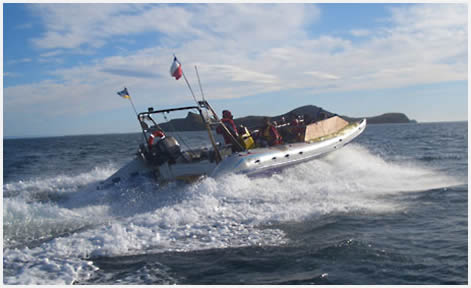 We sailed for over three hours around this area as we admired the varied southern geography. Eventually, we returned to Laredo Bay. A splendid outing indeed.

the tour includes transportation to and from the offices of the operator.

Just check in at 6:50 Expeditions. Previously confirmed by telephone.

The output is subject to weather conditions. You are advised to wear warm waterproof clothing, hiking boots or rubber boots, hat and gloves